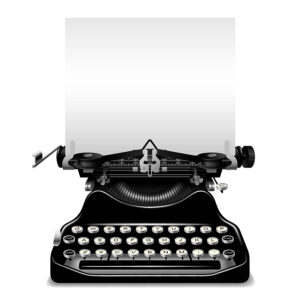 Posted to Politics February 11, 2022 by NewsNHJ

According to an email obtained by NHJournal, Hampton state Rep. Renny Cushing — the most powerful Democrat in the New Hampshire House — has instructed all 184 members of his caucus to blockade this news site and our reporters.

“PLEASE, DO NOT TALK TO NH JOURNAL,” Cushing wrote to his fellow Democrats. “I strongly urge you all to NOT ENGAGE WITH THEM.”

The House Minority Leader used all caps, so clearly he means business. Our challenge here at NHJournal, a center-right news outlet just trying to do our job, is finding the right way to respond.

We like Rep. Cushing. Our conversations with him at the occasional Politics and Eggs event at St. Anslem have been cordial and enlightening. And we know he is struggling with health issues, which are far more important than any petty political disagreements. We wish him well.

So we’re not going to engage in name-calling.

We are not, for example, going to accuse Rep. Cushing of “acting like a schoolyard ninny and playing a childish game of keep away.” We’ll leave that to the Nashua Telegraph.

We’re not going to call his actions “ill-considered,” as the Union-Leader put it, or complain that “voters aren’t looking for politicians to squelch the press. This is not, after all, a dictatorship.” That’s from the Concord Monitor.

Nor will we write, as the Monitor has, “It’s hard to know which is more startling: a politician attempting to pick his own press corps or the notion that a politician…gets to decide what constitutes a ‘responsible media  outlet.’ Are these people new to this country?”

Yes, the Union-Leader, the Telegraph, and the Monitor wrote all those things — not about Renny Cushing, but about his role model, former Speaker of the House Bill O’Brien.

When he was Speaker, O’Brien, like Cushing, didn’t like talking to media outlets whose coverage he found less-than-friendly. In 2012, he excluded the Monitor’s State House reporter Annmarie Timmins (now with the New Hampshire Bulletin) and a colleague from a press conference in his office. There were suggestions at the time O’Brien might, like Cushing, pressure his members to blackball the Concord paper.

“While they think they are punishing us, they are really punishing their own constituents who are eager to learn what’s going on in the House,” Monitor editor Felice Belman said in response.

What had bothered O’Brien so much that he barred a reporter from his press events?  Well, in addition to “suggesting that O’Brien is no different than a mass murderer,” the Monitor ran an editorial cartoon comparing O’Brien to Hitler — mustache and all. Belman admitted at the time it was “harsh,” but still found it “on point.”

And speaking of Nazis…

The real reason for Cushing’s anger is that NHJournal has been doing its job. Last fall, we broke the story of Rep. Maria Perez (D-Milford) posting antisemitic statements on social media. Cushing and the House leadership took no action, so we kept reporting. Perez’s antisemitism, it turned out, was known to the House Progressive Caucus, whose members had no interest in punishing her for it.

Except one: Rep. Nicole Klein Knight. She’s Jewish (which may or may not be relevant) and she continued to press for some action to be taken in the face of such blatant hatred. After several weeks, Perez was finally pushed out of her leadership position in the Progressive Caucus, and Cushing sent an oddly-worded letter decrying antisemitism in both parties.

The issue inside the Democratic Caucus appeared to be resolved….until Klein Knight unloaded the “N-word” on a young, Black activist in the State House last month. Some of the progressives she angered during the Perez incident turned on her — “score-settling,” as Rep. Casey Conley (D-Dover) put it.

And that was when all hell broke loose inside the caucus. Progressives began accusing some of their fellow Democrats of “racial insensitivity,” while their targets, in turn, suggested the progressives were motivated in part by lingering antisemitism.

And they were all talking to the NHJournal. So we did our job: We wrote down what they told us.

For example, when progressive Rep. Manny Espitia released a statement denouncing Klein Knight, he decried the fact that during her “N-bomb” incident at the State House, she called security. “Despite being fully cognizant of the heightened dangers Black men face in this country in the presence of law enforcement,” he wrote.

The fact that a member of the legislature thinks the mere act of calling the police puts Black lives in danger strikes us as news here at NHJournal — particularly when that member now sits on the Criminal Justice Committee.

Did our reporting make Democrats look bad? Perhaps. But does that mean NHJournal did something wrong? Is Cushing declaring us (to quote a certain former U.S. President) “the enemy?”

We hear from angry, anti-vaccination kooks nearly every day, upset by our coverage of the GOP’s lunatic fringe. Remember the Republican warning about squids in the vaccine? That was our story.

Right now, one of our former reporters is waiting on his court date after being arrested by Gov. Chris Sununu’s pals in Newfields. He was covering the protest on the governor’s cul-de-sac when the police wrongly charged him under their newly-minted, Sununu-approved “anti-picketing” law. It has been more than a year, they know he was reporting for NHJournal, and yet the town authorities refuse to drop the charges.

And if anyone still buys Cushing’s claim that our “sole purpose is to promote the GOP” — did you not hear our calls into the governor’s COVID-19 pressers?

Now, according to the way most media outlets work, this is the moment when we’re supposed to whine about being victims, declare “Democracy Dies in Darkness,” etc. etc.

We’re fine with what journalism used to be: “Afflict the comfortable and comfort the afflicted.” Of course politicians are mad at us. They’re supposed to be. Consumers of media might want to ask why more Granite State politicians aren’t mad at the New Hampshire news outlets covering them?

And so, even though elected officials refuse to answer our policy questions about issues that affect New Hampshire voters, we will keep doing our job.

And even though the taxpayer-funded “public information” employees in Sen. Maggie Hassan and Rep. Chris Pappas’ office refuse to respond to our public information requests and continue to bar us from their press events, we will keep doing our job.

And even though not a single allegedly “free press/good government” organization — the ACLU-NH, or Citizens Count, or the New Hampshire Press Association — will stand with us, we’ll keep doing our job.

Why? Because it’s fun. We are having a blast. And sometimes we even flatter ourselves into thinking that reporting on the actions of the political and powerful is a good thing for our democracy.

But mostly because it’s fun.

So thanks for the letter, Renny. See you back in the game on Monday.