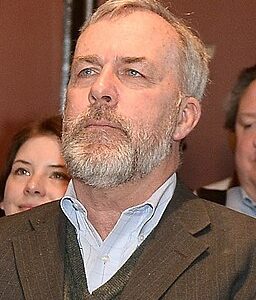 Below is a letter from House Minority Leader Renny Cushing to the members of the New Hampshire House Democratic Caucus, obtained by NHJournal. Read NHJournal’s response here.

I am reluctant to send further communication on this issue as we have already discussed this at caucus on multiple occasions.  Once again, I am reminding you all that NH Journal is a right-wing blog whose sole purpose is to promote the GOP and sow discontent among Democrats.  I strongly urge you all to NOT ENGAGE WITH THEM.

I do not engage with NH Journal because there is zero benefit.  It provides them undeserved legitimacy, and no matter what I say, they will selectively omit and purposely misrepresent my comments to further their narrative.  I have witnessed similar treatment of other caucus members repeatedly.

To my disappointment, some members of our caucus gave undeserved credence to NH Journal’s interpretation of a recent comment Rep. Espitia made regarding the dangers that Black men face in America in the presence of law enforcement.  NH Journal decided that it would harm Democrats and help the GOP to claim that Rep. Espitia was *actually* talking about Protective Services at the State House.  So they wrote an article making that claim.

Rep. Espitia’s statement made no reference to Protective Services and was in no way intended to do so.  As you likely saw, Rep. Espitia emailed the full House as soon as he became aware of what NH Journal was claiming.  Within hours, many House members from both parties had thanked Rep. Espitia for his clarification.  Everyone moved on.

Except NH Journal.  After Rep. Espitia emailed the House, NH Journal wrote another article claiming that he “issued a quasi-apology for his suggestion that Black men are in danger when they engage with State House security officers.”  Note that NH Journal is STILL presenting their interpretation of Rep. Espitia’s comments as fact even AFTER he emphatically stated that interpretation was incorrect.

They didn’t stop there.  Desperate to find any angle to continue their narrative, NH Journal has now taken aim at my decision to recommend Rep. Espitia be appointed to the Criminal Justice and Public Safety Committee.  So far this week, NH Journal has emailed myself, Deputy Leader Cote, Rep. Espitia, the Democratic Office staff, and likely many of you searching for comment about Rep. Espitia’s committee assignment.

As the above episode clearly shows, NH Journal is doing all they can to conjure a narrative that they believe helps the GOP and harms Democrats.  If you have any questions about decisions I have made or about the conduct of our members, please call the Democratic Office to ask and voice your concerns.  PLEASE, DO NOT TALK TO NH JOURNAL.  Doing so only harms our caucus and the values we care about.

We have a House session next week in which we have an opportunity to do positive things for the people of New Hampshire.  Talking to right-wing blogs, either on the record or off the record, will do nothing to advance the goals of our caucus.  Please be cognizant of what you are saying, and who you are saying it to at all times.