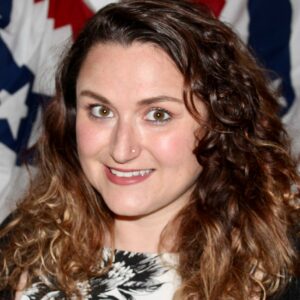 “She had been under immense stress from antisemitism and felt threatened by others because she is Jewish.” Rung wrote.

It’s just the latest shot in a circular firing squad among New Hampshire Democrats and progressives over the past two weeks, with charges of “racism” being met with accusations of “antisemitism.”

Rung has been under fire for days since suggesting that Klein Knight’s use of the “N-Word” more than 20 times in a State House conversation with an 18-year-old Black activist might have been in “self-defense.”

“The N-Word is never acceptable, but having context helps understand the motivation,” Rung posted on social media. “Some [sic] may stab someone – always wrong – but was it used in the course of self-defense. Why did she [Klein Knight] say it?”

Rung’s statement sparked a firestorm of backlash from progressives — in particular, people of color — as she acknowledged in her post.

“Those following social media in NH politics this week probably noticed I’m in the middle of a firestorm of accusations,” Rung wrote. After describing the Klein Knight situation and her response, Rung said her actions “set me up for attacks by many people who accused me of being racist. They demanded I apologize, resign, and even resorted to calling me an ‘old white woman’ (that part is right, I am). They are even starting an organization to oust me from office,” Rung wrote.

“Announcement: Over the past week, it’s become very clear that #MerrimackNH desperately needs something new,” Searles tweeted. “Launched this morning, this group will work together to find and support truly progressive candidates. Join us!”

Rather than apologizing, Rung doubled down, claiming Klein Knight was a victim of bigotry from her fellow Democrats and progressives.

“I wanted to know the situation my colleague faced when she said the word,” Rung wrote Monday. “She had been under immense stress from antisemitism and felt threatened by others because she is Jewish. Some of her colleagues, including me, were concerned for her mental health.”

Rung’s claims of anti-Jewish sentiment are given credence by the back story that lead to the current crisis inside the House Democratic Caucus.

Last October, NHJournal broke the story of antisemitic social media posts by Rep. Maria Perez (D-Milford), who quoted a slogan chanted by Palestinian terrorists calling for the destruction of the state of Israel. In response, Perez doubled down, calling Israel an apartheid state. It took weeks for House Democratic leadership to respond or for the Progressive Caucus to remove her from leadership. (Perez is still a member in good standing of the caucus.)

According to multiple sources, several members of the Progressive Caucus opposed taking any action against Perez, and Minority Leader Renny Cushing (D-Hampton) was reluctant to as well. However, Klein Knight continued to press and, with NHJournal’s ongoing coverage of the story invoking outcry from Jewish organizations like the Jewish Federation of New Hampshire, Perez was eventually punished.

As a result, when Klein Knight verbally assaulted a young, Black man in the State House, progressives were more than willing to go on the attack.

But not every Democrat was on board. Rep. Casey Conley (D-Dover) complained, “The ‘activists’ who publicized this situation involving Nicole were doing some score-settling. There is absolutely no reason this couldn’t have been handled quietly and internally. That is what adults do.”

Rep. Jan Schmidt (D-Nashua) also sees score-settling afoot. “Nicole was a target for weeks before the incident – this feels so artificial. She should issue a statement so we know her views before any punishment,” she tweeted Monday morning.

New Hampshire Democrats have an ongoing struggle with antisemitism. During the 2020 First In The Nation primary campaign, a statewide fundraiser featured U.S. Rep. Ilhan Omar (D-Minn), whose notoriously antisemitic views have been condemned by her fellow Congressional Democrats.