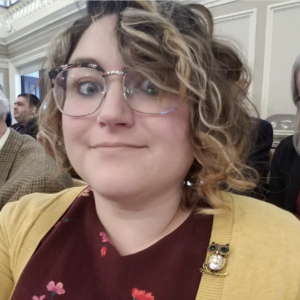 New Hampshire progressive activists in the Black, Indigenous, and People of Color (BIPOC) community have accused far-left House Democrat Rep. Nicole Klein Knight of using the “n-word” repeatedly in a conversation with a young, Black activist after he testified before a House committee.

They claim that on Jan. 20 while in the State House, “she accosted a young, unpaid, Black organizer after he testified on a bill in committee. In their conversation she said “n*****” multiple times to make a point.

“Despite not using that hateful word at this young man directly, Rep. Klein-Knight crossed a line in aggressively using a word with such a horrible history to intimidate a Black constituent. This was only made worse when she defended her use of the word, despite his repeated asks for her to stop, and proceeded to call security on this same constituent. Not only did she verbally abuse him, but the representative put this young man’s safety at risk in a situation she started, continued, and escalated.”

The activist confronted by Klein Knight was 18-year-old Jonah Wheeler with the progressive organization Rights and Democracy NH. He told NHJournal he has since filed a complaint with the House Ethics Committee and declined to comment further.

(The entire letter can be found here.)

The allegations were in a press release signed by several prominent progressive Granite State activists, including Erika Perez and Clifton West of Black Lives Matter, Sebastian Fuentes, vice-chair of the N.H. Democratic Latino Caucus, and Asma Elhuni of Rights and Democracy.

Elhuni is best known in Statehouse circles for calling state Rep. Daryl Abbas  (R-Salem) “a disgrace to all Arabs” over his support of anti-CRT legislation.

“If it was any other member, I would be incredulous at this accusation. However, given Rep. Klein Knight’s extreme track record, as made clear by the groups that have already cut ties with her, I am not. Her comments have no place in society.”

In response to the BIPOC activists’ press release, House Democratic leadership took the unusual step of denouncing one of their own. Minority Leader Renny Cushing (D-Hampton) and Assistant Minority Leader David Cote (D-Nashua) released a statement saying they are “shocked and deeply disappointed that a legislator would use this kind of inexcusable racist language. They also requested House Speaker Sherm Packard (R-Londonderry) remove her from her committee assignment.

“We are calling on people and organizations who are in a relationship with Rep. Klein-Knight to hold her accountable for her actions against BIPOC organizers in New Hampshire,” the activists wrote. “Whether this means encouraging her to seek help, retracting endorsements, or calling for resignation. Her habitual aggression and disregard is [sic] tearing apart the progressive community in NH, endangering BIPOC organizers’ lives and livelihoods and cannot be ignored any longer.”

House Republicans note Klein Knight’s bigoted comments are part of a pattern. Gubernatorial candidate Andru Volinsky was denounced by Black Lives Matter and the NAACP during the 2020 Democratic primary after calling the appointment of the first Black member of the state Board of Education “demeaning” and “tokenism.”

State Rep. Maria Perez (D-Milford)’s public anti-semitism, including calling for the destruction of the state of Israel, was so blatant she was eventually condemned by both House Democratic leaders and removed from her leadership position in the House progressive caucus.

“The writing is on the wall. Democrats are losing ground to the more extreme members of their own Party,” Osborne said.