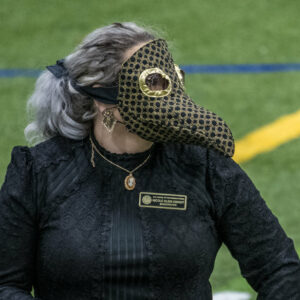 The fate of the state budget is still in the hands of a few disgruntled Republican House members, so it’s too early to declare a GOP victory. But it’s not too soon to declare New Hampshire Democrats have suffered an embarrassing, ignominious defeat.

That’s not the outcome many political observers would have predicted when the 2021 session began.

While Republicans were thrilled to win control of the legislature at the same time Democrats were sweeping the federal elections, they won a slim majority. A dozen defectors in a body notorious for attendance problems could tank any GOP initiative.

Then came the devastating news of Speaker Dick Hinch’s death in December. It’s difficult for outsiders to grasp just how hard Hinch’s passing shook — not just the GOP caucus — but the House as a whole. Many members on both sides of the aisle are aware of how tricky it is to do business in a body of 400 part-time, volunteer legislators, even under the best of circumstances.

Throw in the fact that they’re all from New Hampshire, and it seems impossible.

The Speaker Sherm Packard era began inauspiciously with the infamous “drive-in” House session, featuring honking horns and flashing hazard lights that landed the Granite State in the national news — and not in a good way.

Add the ongoing struggle inside the NHGOP over how to handle former President Donald Trump and his ever-more maniacal claims of stolen votes and bamboo-covered ballots, and Granite State Republicans hardly appeared poised for victory.

And yet, here we are today, with Republicans having presented one of the most ideological budgets in state history. Even more surprising, they did it without the Democrats laying a glove on them. In fact, the only black eyes in this budget session are the ones Democrats gave themselves.

As House Majority Leader Jason Osborne (R-Auburn) told NHJournal Thursday, “Sometimes you need to go off the rails to get on the right track.”

Like the death of Dick Hinch, November’s loss of the legislature left Democrats discombobulated. Their early strategy appeared to be “wait for the Republicans to self-destruct” — not a bad bet, given the circumstances in January. But as the session wore on, the Republican majority settled down and started doing what majorities do: Pass legislation.

And Democrats began to realize they had no way to stop them.

Some NHGOP House members believe the moment the Democrats truly lost their mooring was their poorly planned and executed attempt to prevent the House from passing abortion legislation by rushing off the floor and denying the House a quorum.

The problem? Due to the COVID pandemic, the “floor” was a soccer field in the Bedford Sportsplex. The legislature looks more like an AARP meeting than a track meet, and by the time Democrats achieved escape velocity, Speaker Packard was able to use the rules to close the doors — capturing a quorum within the Sportsplex, while leaving dozens of confused Democrats trapped outside.

Their plan backfired, leaving Republicans both a quorum and a larger majority.

And then there’s the issue that inspired this ill-fated stunt: abortion. Democrats appear to be laboring under the impression that their opponents are the Alabama Republican delegation. If the NHGOP were pushing a total ban on abortion, or a fetal heartbeat bill, etc., then the Democrats could make Republicans pay. They could use votes for extreme abortion restrictions to keep suburban women voting Democrat.

But as Gov. Chris Sununu keeps pointing out, restrictions on abortion after five months of pregnancy are found in liberal enclaves like New York and California. Only a handful of states have New Hampshire’s extreme abortion-until-birth policy, which is very unpopular with voters. According to Gallup, just 18 percent of Americans agree with New Hampshire Democrats on this issue.

In other words, Democrats beclowned themselves fleeing a soccer field on behalf of a policy position the voters hate.

And it’s not just abortion. House Democrats all but unanimously opposed business tax cuts. They united against eliminating the income tax on interest and dividend income — an important issue for seniors. All of the tax cuts they opposed passed, anyway. So what did Democrats accomplish, other than cast pro-tax votes that are sure to end up in campaign mailers in 2022?

The same with the “divisive concepts” legislation. Even the most earnest Republican can admit the House version of the bill was a sloppy, constitutionally questionable mess. But that’s not what’s in the budget. Sununu opposed that version, too.

The final language is very modest and based on New Hampshire’s existing prohibitions against discrimination. It bans teachers and trainers from calling people “racists” and “white supremacists” simply because they’re white.

Why didn’t this pass by acclamation? Because Democrats chose to pick this fight. Worse, they chose to fight on the side of the wildly unpopular Critical Race Theory. It’s so unpopular that every time a government agency is caught using it, they either try to hide it or stop using it.

Not to put too fine a point on it, but what’s the strategy behind telling voters in a state that’s 93 percent white that your party thinks all white people are bigots?

And then there’s the vote against public schools displaying “In God We Trust” and “Live Free or Die.” How do you get 161 House Democrats to vote against the nearly-sacred words of General John Stark?

Once again, the legislation passed anyway. Yet another pointless, self-inflicted political wound.

The minority party doesn’t have a lot of legislative power. Often, the best they can do is use the rules to try and force legislators to cast difficult votes on unpopular issues.

This was apparently the Democrats’ 2021 strategy — except they used it on themselves.

The midterms are almost 18 months away. There will be many twists and turns in New Hampshire politics before then. Who knows what the issues will be when voters go to the polls in 2022?

But if Democrats do somehow win back control of the legislature — in a pro-GOP midterm and with an unpopular incumbent U.S. Senator at the top of the ticket — it won’t be because of their strategy in the first six months of 2021.

“Passing this budget next week will ensure Republican victories in 2022 as Democrats scramble to explain their opposition to education freedom and support of extreme late-term abortions,” said Osborne.

He might be wrong, but who wants to take that bet?