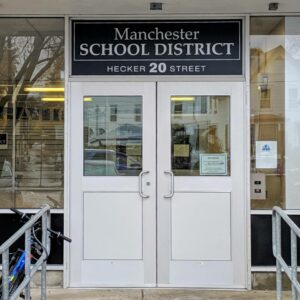 Employees of the Manchester School District have been ordered to take “white privilege” training — including curriculum declaring “whiteness a pillar of white supremacy” —  as part of the district’s “Diversity, Equity and Inclusion” efforts.

Emails were sent to staff members of the MSD’s 21st Century Learning Centers, “a federally funded out-of-school time program whose mission is to support student learning and growth by providing academic support and enrichment activities at twelve identified Manchester schools,” according to the website.

Staffers were instructed to participate in online “white privilege” training — viewing webinars, reading articles, etc. — and included a spreadsheet listing the training they were to participate in and the mandated completion dates.

Part of the training includes a webinar entitled “What Is White Privilege, Really?” in which the instructor tells participants the goal of the training is to “expand our definition of white privilege as both personal and systemic, and to understand the function of whiteness as a pillar of white supremacy and power.”

Declaring all white employees “personally privileged” — even those who came from poverty or disadvantaged situations — is likely to be viewed as problematic, as is linking every person’s “whiteness” to “white supremacy.” But it is part of the “anti-racism” ideology the webinar instructors say they are promoting, an ideology popularized by the author Ibram X. Kendi and based on the premise that all white people are racists.

Additional MSD training materials include a paper from a Wellesley professor who declares that all men and white women are “oppressors” and that meritocracy — the idea that you have a job or accomplishments you’ve earned through work or talent — is a “myth.”

Manchester School District spokesperson Andrew Toland acknowledged to NHJournal that an email regarding the white privilege training was, in fact, sent to employees. However, he disputed the characterization as “mandatory.”

“The training that was sent to the 21st Century Learning Centers staff on March 1, 2021, was part of a series of digital training sessions that had previously been made available to all Manchester School District staff,” Toland said. “This particular training is not mandatory for any employee, and it has been clarified for 21st Century staff that this was not intended to be mandatory.”

Toland went on to defend the content of the training.

“This training, among others, is designed to foster critical thinking about race and facilitate meaningful discussion amongst employees about the role of racism in our schools. The District embraces this process of critical thinking, not necessarily the ideas or opinions of individual authors. In January, the Board of School Committee passed a new District Equity policy, which strives to provide training opportunities that will help each employee to ‘develop the critical racial, ethnic, and cultural competence to understand the contexts in which they teach, work, and learn.'”

Regardless of the value of the training, NHJournal has obtained emails that indicate the white privilege training was not optional.

“We have also put together a list of training for you to utilize to get a better understanding on how we can provide Diversity, Equity and Inclusion (DEI) to our students,” reads the March 1 email from Program Coordinator Liz Penn. “Each training has a deadline [emphasis added]. We (DEI committee) will also be doing small group check ins… Each school has their own tab to keep track of what needs to be completed.”

Ten days later, a March 11 email from Penn reminds employees to “make sure you are completing the DEI training and entering it into this spreadsheet. Our first couple of focus group meetings are coming up quickly so please make sure you have the first have of the training session complete by March 23rd!”

Then on March 15, after employees began raising questions about the mandatory training, Program Director Tom McGee sent out an email reversing course: “I would like to ensure that you all are aware that the DEI training that has been shared out earlier this month is not mandatory. We are looking for ways to educate on equity and we look forward to partnering with the chief equity officer when they join the MANSD team.”

Race-based training that teaches white people they are inherently racist or oppressive is not unique. Coca-Cola recently pulled down online training that urged its employees to be “less white” after receiving unfavorable publicity. In New Hampshire, parents raised concerns about training at the local schools — including elementary schools — with titles like “Exploring Whiteness and Becoming an Anti-Racist Activist.”

That’s one reason New Hampshire House Republicans are pushing legislation to ban government employees and contractors from engaging in “divisive” training activities like these. (A bill Gov. Sununu has already pledged to veto.)

While the question of whether teaching these ideas should be banned is debated in the statehouse, the immediate question for employees of the Manchester School District is whether they have to agree to embrace them in order to keep their jobs?