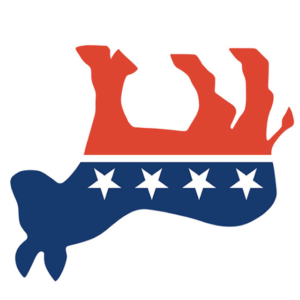 Whether it’s “Profiles in Courage” or political malfeasance, New Hampshire Democrats aren’t backing down from unpopular, and sometimes extremist, positions in the debate over the state budget.

In the last budget battle, when Democrats controlled both statehouse chambers, they pushed higher business taxes, a new capital gains tax, and a paid family medical leave scheme with a funding mechanism that looked a lot like an income tax. (It was closer to a wage tax, as NHJournal has reported.)

Republicans were delighted. Gov. Chris Sununu vetoed all the unpopular proposals, then went out on the campaign trail and attacked them with their own votes. Granite State Republicans led by Sununu campaigned hard on the tax issue — in particular, the allegation Democrats’ backed an income tax — and an election year that could have been a big step forward for Democrats turned instead into the embarrassment of being the only Democratic Party in the country to lose control of both houses of the legislature.

Fast forward to this year’s budget battle. Republicans control everything, so in theory, there’s nothing for Democrats to do other than try and force GOP legislators to cast unpopular votes that put them on the wrong side of the voters.

Instead, it’s the Democrats who keep backing unpopular policies they don’t have the votes to pass. It happened on business tax cuts. Every single House Democrat voted against the budget and its reductions in business enterprise and business profits taxes. The budget passed, anyway.

All but three House Democrats voted against limiting unrestricted access to abortion to the first five months, and two of them — Reps. Richard Ames (D-Jaffrey) and John Mann (D-Alstead) — told NHJournal that it was a mistake. They intended to support abortion at any point during pregnancy, no matter how late. The 24-week limited will almost certainly become law.

And 161 House Democrats did it on HB 69, a bill that protects the right of schools to post the national and state mottos: “In God We Trust” and “Live Free or Die.”

While there no polling on the subject is available, it’s a safe bet the vast majority of Granite Staters support the wildly popular state motto and can’t imagine keeping it out of schools.

“Who the hell votes against ‘In God We Trust?'” one NHGOP legislator told NHJournal.

Democrats aren’t backing down. When the vote on the conference reconciliation came up, 150 House members voted against displaying the motto a second time.

The same is true of abortion. On Tuesday, Democrats opposed a requirement that family planning facilities that conduct abortions demonstrate they aren’t using tax dollars to pay for the procedures. Despite a New Hampshire Public Radio headline calling it a “controversial provision,” polls show 58 percent of Americans oppose or strongly oppose using taxpayer dollars to support abortion. That included a majority of Independents (65 percent.) Just a third of Americans support tax-funded abortions.

“Pro-choice governors don’t sign abortion bans,” said Kayla Montgomery, Vice President of Public Affairs for Planned Parenthood New Hampshire Action Fund, in a press release. That may be a good line at a progressive fundraiser, but based on the available data, it’s lousy politics.

Business tax cuts, modest restrictions on abortion, and supporting In God We Trust aren’t “controversial” positions — unless, as NHJournal has noted before, “controversial” is a synonym for “wildly popular.”

It’s not hard to imagine next year’s political mail that will pour into swing districts where Democrats still cling to their legislative seats. “Representative X voted for higher taxes and against ‘Live Free or Die.’ — Vote GOP!”

Are the issues more nuanced than that? Of course. But “nuance” is just another word for “the voters really hate this.”

Meanwhile, it’s likely the most important factor in next year’s midterms isn’t any vote cast in Bedford last week, but what happens in Washington, D.C. Ask New Hampshire Democrats about 2010. (Or Republicans about 2006 and 2018.) If NH Democrats know an anti-party-in-power wave is coming, why aren’t they strategizing votes and positions to help themselves hang in next November?

The question some political observers are asking is, where is the Democratic leadership in Concord? Who’s helping the party move back toward a majority? Based on the votes they’re casting, many GOP members believe there isn’t any. The party appears to be stuck in the knee-jerk “anti-everything-GOP” stance of the Trump years.