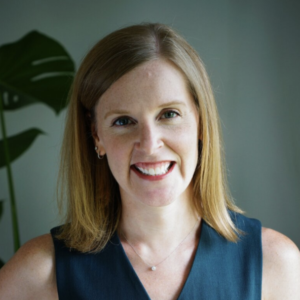 NH Democrats Embrace Abortion Extremism. Will There Be A Political Price?

When the Senate Judiciary Committee passed an amended version of HB 625, the  Fetal Life Protection Act, New Hampshire Democrats pounced. Within minutes of the 3-2 vote, press statements were pouring out of the party’s comms department.

“This legislation is one more attempt to control and dictate women’s decisions about their own health care,” said Deputy Senate Democratic Leader Cindy Rosenwald (D-Nashua).

“This extreme bill chooses an arbitrary point in time, after which abortion and providers would be criminalized,” said Senator Becky Whitley (D-Hopkinton).

“The only people who should be making decisions about a woman’s health is the woman and her health care provider,” added Sen. Jay Kahn (D-Keene).

Strong language in opposition to the GOP’s policy. But what about the Democrats? What is their abortion policy?

They clearly support allowing abortion through the first five months of pregnancy — all but three Democratic House members voted against the bill in February — so where is their “the pregnancy has advanced too far” line? Do they even have one?

When NHJournal asked Sen. Whitley that question, she declined to answer.

Sen. Kahn’s answer suggests he doesn’t support any limits. “I support that there are instances where a woman and her treating physician have the right to determine the best course of medical attention,” he told NHJournal when asked how late in a pregnancy was too late.

Kahn’s position would appear to put him in the mainstream of New Hampshire Democrats on the issue.

In 1997 for example, then-Governor Jeanne Shaheen led the state in making abortions legal in New Hampshire up to the day of birth.

In 2019, Sen. Shaheen took it one step further, going to the Senate floor to oppose the “Born Alive Abortion Survivors Protection Act (Born Alive Act). The bill would have made it illegal for a doctor to deny life-saving medical treatment to an infant who survived an attempted abortion.

Shaheen made the somewhat gruesome claim that mandating health care for a newborn under these circumstances is “an obstacle to a woman’s constitutionally-protected right to make her own choices.”

This extreme position — abortion on demand with no legal restrictions — remains the law in the Granite State to this day.

Now that the 24-week limit is headed to the floor of the state Senate (and perhaps Gov. Sununu’s desk), the question is which side will win the political fight? Or is New Hampshire so polarized already that issues like abortion don’t really move most voters?

“I’m not doing this for the politics,” state Sen. Regina Birdsell (R-Hampstead) told NHJournal after Tuesday’s committee vote. “I’m doing it for the babies. This issue shouldn’t be partisan. It’s not about politics, it’s about protecting the lives of children.

Birdsell, an outspoken pro-life advocate, isn’t on the Judiciary Committee but she’s played a key role in crafting the language. She acknowledged that most Granite State voters have no idea that Democrats support abortion up to the day of birth.

“Democrats look at a pregnancy that’s six months along, and they still don’t think of the life of the baby,” Birdsell said. “It’s our job to make sure people know just how extreme the Democrats’ position is, and I’m going to do my part.”

But is it extreme? New Hampshire is one of the most secular states in the nation. The law allowing late-term abortion has been in place nearly 25 years. Perhaps Granite Staters share the Democrats’ views.

A March 2021  Granite State Poll, conducted by the University of New Hampshire Survey Center found 48 percent of voters supporting the 24-week limit, while 40 percent opposed it. Among independents, that breakdown was 57 percent in support, 27 percent opposed.

The poll also found 58 percent of Granite Staters support some restrictions on abortion, as opposed to just 38 percent who share the Democrats’ position.

If “extreme” means “not many people agree with you,” then New Hampshire Democrats are the state’s abortion extremists.

As Sen. Harold French (R-Franklin) put it during the committee hearing, “I personally believe 24 weeks is a modest goal for us to reach on a very divisive issue.”

Meanwhile, pro-life activists fear the legislative process is being managed by Republicans in the senate to keep abortion legislation off Gov. Sununu’s desk, in anticipation of his potential U.S. Senate bid in 2022. (Sununu insists he’s a pro-choice Republican, though many political insiders on both sides have their doubts.)

Conservatives are nervous the committee rejected an amendment crafted by Birdsell dealing with issues like severability and requiring ultrasounds to be conducted by doctors, not medical techs. Some pro-lifers fear the committee’s moves are designed to create problems that will kill the legislation during the final budget process. And in doing so, keep them away from Sununu.

Birdsell doesn’t believe there are political shenanigans afoot. “I trust [Judiciary Committee Chair] Sen. Carson, she’s very diligent, and she knows what it takes to get these bills passed.”