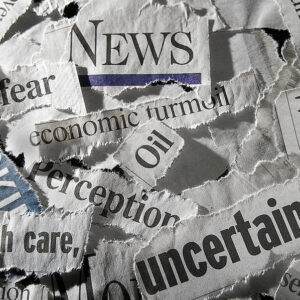 ANALYSIS: In NH Media, ‘Controversial’ Is A Euphemism for ‘Popular’

At NHPR, it’s “a controversial right to work bill”

At the leftwing news outlet InDepthNH, the headline reads: “House Panel Votes Ought To Pass on Controversial Right To Work Legislation.”

And WMUR reported on events “ahead of a House vote in Concord on a controversial right to work bill.”

The New Hampshire press corps has clearly made up its mind: Republican proposals to join the 27 other right to work states and stop forcing workers to pay union dues as a condition of employment are “controversial.”

But as Inigo Montoya says in the film “Princess Bride,”  “You keep using that word. I do not think it means what you think it means.”

What else is “controversial?” NHGOP support for a voter ID requirement, apparently. When asked if voters should “be required to show a photo ID before being allowed to cast a  ballot in a New Hampshire election,” 76 percent said yes, and just 19 percent said no.

And yet media coverage presents the issue of voting security and IDs as “controversial.” If that’s a euphemism for “wildly popular,” it works. Otherwise — not so much.

For example, there isn’t a single poll showing President Joe Biden’s approval three times higher than his disapproval. Not even close. His RealClearPolitics average is 54 percent approve, 42 percent disapprove. Not terrible (much better than Trump’s, for example), but Biden’s not nearly as popular as right-to-work laws or voter ID. So is he “controversial President Biden”?

Not according to the media coverage thus far.

Instead, media reports call the Hyde Amendment, with its 20-point polling margin, “controversial.” The same with bills like the NHGOP’s 24-week limit on abortions, which has a narrow 48-40 percent approval margin in a March UNH poll. National polls show 65 percent of Americans think such second-trimester abortions should be illegal and 81 percent feel the same about third-trimester abortions.

The New Hampshire Democratic Party’s position is that there should be no limits on abortion — a position supported by just 13 percent of Americans. But try finding a news article referring to the Democrats’ “controversial” stance on abortion. Instead, it’s the 24-week ban, supported 3-to-1 by voters, that’s “controversial.”

The new Barlett Center poll does find one “controversial” — or perhaps “divisive” is a better word — issue: Education Freedom Accounts. Their 42 percent favor/37 percent oppose numbers are a sign Granite Staters are genuinely divided on whether families should be able to flee failing or unsatisfactory schools using the share of their children’s education spending that comes from the state.

“Controversial?” Not based on media reports. Instead, it’s the attempt to stop these unpopular policies that are “controversial.”

Donald Trump was a controversial politician. And yet he managed to win the White House. So being “controversial” isn’t the end of the conversation.

But it lets the people in the media who are attempting to shape that conversation tell you, loud and clear, whose side they’re on.