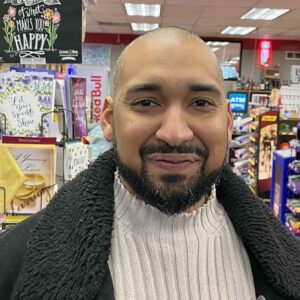 Marine veteran and businessman Julian Acciard, who had been vying for the GOP nomination in the First Congressional District, announced Wednesday he’s leaving that race to take on an even bigger challenge:

Acciard says he was inspired by the success of Trump-backed candidates in Tuesday’s primaries.

“The recent wins everywhere validate the America 1st agenda and the people’s desire to elect Trump supporters who truly understand his policies like myself,” Acciard said via Twitter. “He applied conservative principles of governance to solving problems. Sununu is pro-abortion, and anti-Trump-supporter.”

Sununu has certainly embraced those two positions. Last month he unloaded on former President Trump to a group of Washington, D.C. insiders at the exclusive Gridiron Club Dinner, calling him “f***ing crazy” and saying if he were ever put in a mental hospital he wouldn’t be sane enough to get out.”

And in the wake of the leaked Supreme Court draft of a ruling that would overturn Roe v. Wade this week, Sununu stressed his pro-choice politics.

“If the legislature put a bill on my desk codifying Roe v. Wade … I’d sign it in a second,” Sununu said Tuesday. “We’re pro-choice, and regardless of where this might go nationally… I’m a pro-choice governor, and as long as I’m governor, we’re gonna remain a pro-choice state.”

Acciard is a veteran of the U.S. Marine Corps, where he served as a military policeman and participated in Operation Iraqi Freedom. A graduate of Timberlane Regional High School in Plaistow, he now works as a regional manager for a commercial cleaning company.

“Chris Sununu’s popularity within his own party and among Granite Staters has been plummeting for months, so it’s hardly a surprise that he’s being primaried. Chris Sununu – a governor who signed New Hampshire’s first abortion ban and defunded our public schools – isn’t even conservative enough for his own party. If Sununu can’t unite his own party behind him, then he certainly can’t unite this state. It’s time for new leadership in the Corner Office, and that’s why Granite Staters will elect Tom Sherman in November.”

But, Sununu is the sixth most popular governor in the U.S., according to a new poll by Morning Consult. And in the latest  St. Anselm poll, support for the GOP governor among New Hampshire Republicans is at 86 percent.

Still, NHGOP strategists say, Sununu’s aggressively anti-Trump statements and outspoken attacks on his own party, and the fact that his repeated criticism of Republicans in the U.S. Senate have made him a favorite of President Biden, could give a smart and well-funded conservative an opening to make it an interesting race.

Acciard’s announcement also highlights the political problems Sununu would face as a 2024 presidential candidate. “Republicans are not going to nominate a pro-choice, anti-Trump Republican in 2024,” one longtime NHGOP strategist told NHJournal. “Period.”

However, Trump supporters like Corey Lewandowski have been looking for a candidate to challenge Sununu in the primary. Some of those Trump supporters may step up to fund Acciard’s campaign out of frustration with the incumbent. And rumors abound of another potential Republican with the ability to self fund who’s considering entering the race.

Paul Bedard, who writes the Washington Secrets column for the Washington Examiner, reports that Trump has a 55-0 record in endorsements after Tuesday night, including the come-from-behind victory of Hillbilly Elegy author J.D. Vance in Ohio. All of his endorsed candidates have won or moved into runoffs.

“He’s 55-0 in midterm primaries — undeniable proof that his endorsement is the most powerful endorsement in politics.”