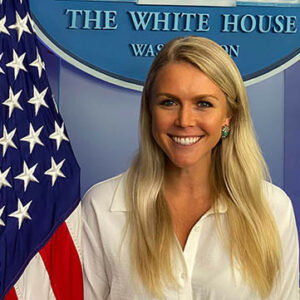 Leavitt recently left her position as spokesperson for newly-elected House Republican Conference Chair Rep. Elise Stefanik (R-N.Y.) to return to New Hampshire. Leavitt made news last month when Twitter pulled down her account at the height of the GOP’s debate over removing Rep. Liz Cheney (R-Wy.) from House leadership and replacing her with Stefanik.

Contacted by NHJournal Leavitt acknowledged she is seriously exploring the possibility of becoming a candidate.

“I moved to Washington to serve President Trump, not to make a career as a Washington ‘swamp creature,’” she said. “It has always been my intention to move back home and get involved again in New Hampshire. I’ve been encouraged by many mentors and colleagues to explore a run for Congress in the upcoming midterm elections. 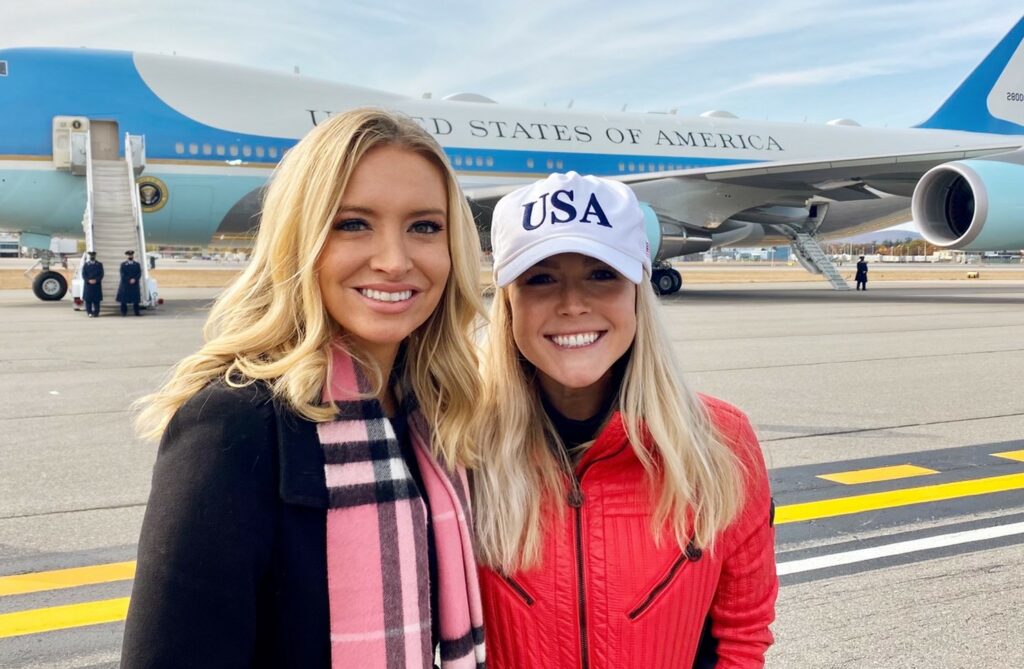 “I’ve also heard from small business owners and fellow Granite Staters who are looking for a strong, young conservative fighter who truly cares about our state as much as they do.”

Leavitt, who’s returning to New Hampshire to work at her family business, is a graduate of Central Catholic High School and St. Anselm College. And perhaps more significantly, she worked as an assistant producer at WMUR-TV, the state’s most influential TV station.

Though Leavitt is young — she’ll turn 24 in August — she’s accomplished a lot in a few years, says Neil Levesque, executive director of the New Hampshire Institute of Politics at St. Anselm.

“Karoline was an excellent student, very engaged, and with a strong grasp of politics — as well as public relations and media. And just look at what she’s done since she left. Working in the White House, spokesperson for the third-ranking Republican in the House. It’s impressive.”

Her old boss agrees. “Karoline did great work on behalf of the American people in the White House and in my congressional office. Her future is bright,” Rep. Stefanik told NHJournal.

And former White House Press Secretary Kayleigh McEnany has given Leavitt rave reviews for her work as an assistant press secretary as well, calling her “a standout talent on the press staff [who] has exceeded any and all expectations.”

While Leavitt grew up in the district, it’s likely to look very different by the time the September 2022 primary rolls around. The GOP-controlled legislature is all but certain to redraw the district to favor a Republican candidate, and rumors are already flying that incumbent Democrat Rep. Chris Pappas — who has yet to commit to seeking re-election — may decide to bail.

The 2020 GOP nominee Matt Mowers is also preparing to run again, but few Republican insiders expect him to walk into the nomination. Instead, many inside the party expect a GOP version of the Democrats’ primary in 2018, when 11 candidates sought their party’s nomination.

While some voters would almost certainly raise the age issue about a candidate who would be 25 on Election Day, North Carolina just elected a 25-year-old congressman, GOP Rep. Madison Cawthorn. He is currently the youngest member of Congress–having taken that title from Rep. Alexandria Ocasio-Cortez–but he’s also 14th on the all-time list of youngest people to win a congressional race.

And in 1972, a young man not much older than Leavitt was elected to the U.S. Senate from the state of Delaware at the ripe old age of 30. Today at age 78, he’s the oldest person to ever serve as president of the United States.