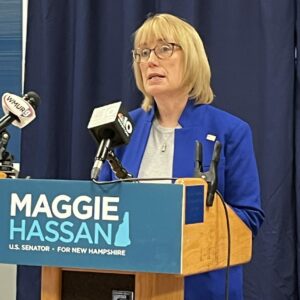 ‘You Weren’t Supposed to Come:’ What It’s Like Trying to Cover Maggie Hassan

How hard is it for a center-right news outlet like New Hampshire Journal to cover one of the hottest U.S. Senate races in the country?

This audio will give you a glimpse:

In the audio, you can hear me approaching a Sen. Maggie Hassan press conference at a ward hall in Concord. A staffer attempts to stop me from entering the building. I continue into the room and join other members of the press.

A second staffer approaches me and tells me to leave. I refuse. “I’m a reporter doing my job.”

The staffer replies: “Well, you weren’t supposed to come.”

“Not supposed to come” is an interesting way to look at a reporter attending a press conference.

But he meant it.

It is also true that NHJournal is a member of the New Hampshire Press Association (NHPA), its content has appeared in newspapers across the country, and it was awarded “Best Political Reporting” by the NHPA in 2021 (Shout out to reporter Damien Fisher!)

We also won an award for our coverage of the attempt to stop legal protests near the home of Gov. Chris Sununu, a story that did not make Republicans happy. 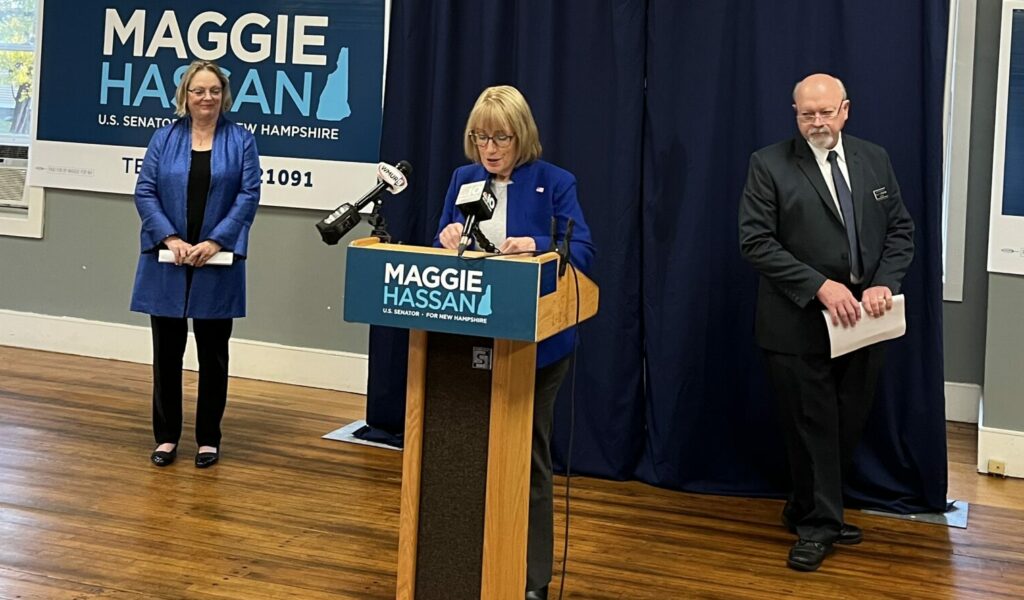 When the Hassan campaign sent out a press release, “Senator Hassan to Hold Press Conference on Don Bolduc’s Extreme Record of Denying Election Results,” NHJournal did not receive it. When we obtained a copy and RSVP’d, the Hassan campaign, as usual, did not respond. Fortunately, other members of the New Hampshire media shared the press conference’s location.

And what happened? Once Team Hassan gave up trying to throw me out, the campaign held its press conference, the senator answered about a half-dozen questions — three from yours truly — and everybody went back to work.

In other words, “politics.” In other states and with other candidates, it happens every day.

Sununu takes questions from all comers. His Democratic opponent, state Sen. Tom Sherman, is participating in multiple debates and appears on local radio talk shows like Drew Cline’s WFEA program. So does Democratic U.S. Rep. Chris Pappas. Cline is president of the free-market Josiah Bartlett Center and hardly a friend of the left. But the interviews are informative, and nobody gets hurt.

According to Cline, Hassan has refused multiple invitations during this campaign season to appear on the show.

Is it partisan bias? Is Hassan’s position that she will only talk to “friendly” press? Is it arrogance? Does she think reporters — and more importantly their readers or listeners — are lucky that she talks to them at all?

Or is it fear? Hassan’s poll numbers have never been great. And despite running against one of the weakest GOP U.S. Senate candidates in the country — and massively outspending him — she has managed to turn what should be a safe seat into a toss-up.

Let’s be clear: If Maggie Hassan loses to Don Bolduc, she will be the Hillary Clinton of New Hampshire. Or worse, the Martha Coakley. The only question she will ever get is, “How did you lose to that guy?”

And one answer will be that she played prevent defense. For example, Hassan has refused to participate in debates hosted by AARP, WGIR radio, the Union Leader, and radio host Jack Heath. But she demanded a debate where Bolduc has to face a reporter from liberal NHPR and a journalist who was, until recently, a “Writing Fellow in Global Feminism” at Bitch Media.

But Hassan hides from NHJournal?

Here is some free and unsolicited advice to Hassan and the folks who tried to throw me out of a press conference: Whatever you’re doing, it ain’t working. Dodging debates, refusing to hold town halls, hiding from the press and, most of all, not talking to the voters –has gotten you into a statistical tie with Don Bolduc.