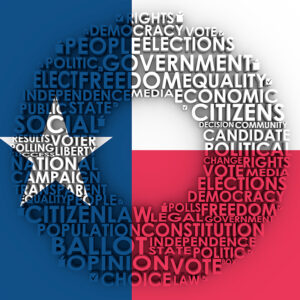 Tarrant County, Texas is 1,800 miles from New Hampshire, so why does it matter that advocates of critical race theory were trounced in a local election over the weekend?

For one thing, like New Hampshire, it’s a purple part of the map. Joe Biden narrowly carried the county in 2020. For another, the Southlake community where the election took place is a lot like the Granite State: Affluent, well-educated, and yes — mostly white.

And when these voters in the high-achieving Carroll Independent school district were given the opportunity to vote on whether they wanted the administration to execute its race-based “cultural competence action plan (CCAP),” the results weren’t pretty. Opponents won an average of 69 percent of the vote, for offices from mayor to school board.  More than 9,000 voters turned out, three times more than in a typical election of this kind.

Progressives cried “racism,” while parents said they objected to proposals described by the Southlake Families PAC that would:

The text of the CCAP is here.

“The voters have come together in record-breaking numbers to restore unity,” said Hannah Smith, who won a seat on the Carroll school board. “By a landslide vote, they don’t want racially divisive critical race theory taught to their children or forced on their teachers. Voters agreed with my positive vision of our community and its future.”

Also notable, the PAC organized to back the anti-CRT campaign raised more than $200,000. For school board elections.

In New Hampshire, Republicans in the House are pushing HB 544, which would prohibit government agencies and contractors from using critical race theory-based materials and other “divisive content” in their curriculum or training.

In Manchester, for example, the school board ordered employees of an afterschool program to take anti-whiteness training that declared all white people are “oppressors” and their “whiteness” makes them part of “white supremacy.” After the content of the training was questioned, the school system reversed course and declared it optional.

New Hampshire Democrats have loudly declared their opposition to HB 544, arguing that opposing the “anti-racism” philosophy of progressive activist Ibram X. Kendi is itself a form of racism.

“Unfortunately, HB 544 and the advocacy around the bill, are a direct result of what is happening in our country – a reactive, dangerous, and fragile backlash to preserve “a traditional way of life” from those who have historically benefited from inequity and systemic racism. This bill has no place in New Hampshire, where we have always prided ourselves in not allowing divisive national discourse to take hold,” Democratic state Sens. Sue Prentiss (West Lebanon), Becky Whitley (Hopkinton), and Rebecca Perkins Kwoka (Portsmouth) wrote in an op ed.

“When you start turning down the path of government banning things, I think that’s a very slippery slope,” Sununu said last month. “What we consider a divisive comment on one side of the aisle today is going to open up the door to another divisive comment on the other side of the aisle tomorrow. And next thing you know, over the next few years, all we’re doing is banning what we can and cannot be talking about.”

Legal experts supporting HB 544 say the free speech complaint is a canard, comparing the bill to employers issuing speech and content guidelines for employees while on the job. Other analysts disagree, arguing the bill is simply too vague to be enforced.

While the legalities are in dispute, the politics look much more clear. Democrats lost 15 congressional seats amid a big Biden win in part because their party has been linked to extremist causes like #DefundThePolice and ending voter ID requirements in the name of racial equity. Progressive activists like the New Hampshire ACLU continue to argue in favor of police “abolition,” an idea most Americans consider outside the mainstream.

Another political indicator was Sen. Tim Scott (R-S.C.) declaring in his rebuttal to President Biden’s speech to Congress, “America is not a racist country.”  Progressives and the media pounced, denouncing his claim. But within 48 hours, Vice President Kamala Harris and President Biden had both echoed his words.

One vote in one Texas town is hardly definitive. At the same time, it’s easy to see how forcing people – as a condition of their employment – to sit through training that accuses them of being racist merely because they’re white might not be popular with voters.