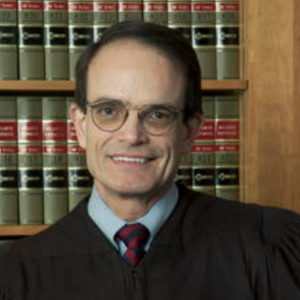 Gov. Chris Sununu has already pledged to veto it, but supporters of legislation banning state employees from teaching or training “divisive concepts” say the bill is not unconstitutional. And now they have the opinion of a former state Supreme Court chief justice to back them up.

On Monday, former Chief Justice Bob Lynn released an opinion defending the constitutionality of HB 544, a bill supporters say is needed to keep government employees, teachers, etc. from spreading ideologies they argue demean Granite Staters based on their race and/or sex.

Among the concepts defined by HB 544 as “divisive” and therefore banned from state-sanctioned teaching/training:

Opponents say restricting teachers or HR staff from advocating these ideas violates the First Amendment. They also argue that the language of the bill is too vague to be enforced. Among the critics is Sununu, who told New Hampshire Public Television the bill “restricts free speech.”

“Look, you don’t have to like certain things that are taught or said or promoted in your school, but that’s the beauty of New Hampshire. You have a very strong voice at the local level,” Sununu said. “So go to town meeting or to your school board and express yourself, vote for the right people, use that power at the local level. But bills that start restricting free speech? No.”

In a memo to House Majority Leader Jason Osborne, Lynn wrote: “It is important to understand that, both as applied to governmental employees and to those performing under contract with the government, the speech that the bill regulates is speech of persons acting under the aegis of the government while engaged in their official duties. The law is settled that when the government chooses to pursue policy objectives it may compel its employees to speak in support of those objectives as a condition of their employment.”

In other words, it’s not illegal to tell school teachers or state employees that they can’t swear, or use racist language, while on the job. Lynn and the bill’s supporters say they’re simply extending the same restrictions on racist and sexist language the left supports, onto racist and sexist ideas the left embraces, such as the notion that all white people are inherently racist.

Ironically, Giles Bissonnette of the NH ACLU acknowledges banning the ideas listed above would in fact “prohibit… trainings meant to promote diversity, equity and inclusion” and would “halt all diversity training” by government agencies and contractors.

Just this week, the Manchester public school system mandated “white privilege” training for employees in its 21st Century Community Learning Centers after-school program. Part of the mandatory curriculum is a video entitled “What Is White Privilege, Anyway?” According to the preview, “Deconstructing white privilege in the classroom requires educators and students to understand the origins of whiteness and how the legacy of white supremacy endures.”

At least one complaint has been filed with the Manchester School Board and the system’s HR department.

“Do we want state employees or kids in our schools taught that one race is inherently superior to another race or sex? Of course not,” says Rep. Glenn Cordelli (R–Tuftonboro) one of the bill’s chief sponsors. “And contrary to the misinformation, the bill specifically allows for discussing race and racism, as part of academic instruction. I wish the opponents would actually read the bill.”

“While the legislature can’t prohibit teachers and other state employees from believing what they believe or speaking their beliefs in their free time, it surely has the authority to set the agenda for what can be taught to students in public schools, or to state employees in government workplaces. Indeed, at least those legislators will be accountable to the voters—unlike those who would wield state power at school or on the job,” White said.

And House Majority Leader Jason Osborne (R-Auburn) also weighed in, telling NHJournal: “I don’t blame the Governor for being dismissive of HB544 if all he is hearing is false propaganda coming from the left. Once he reads the bill for himself, he will realize it is essential for protecting our state employees from being forced to pledge fealty to insidious and divisive ideologies seeking to undermine the very fabric of our civilization.”