The free speech non-profit FIRE says Southern New Hampshire University is trying to throttle free speech on campus with its new policy of reviewing and approving all invited speakers to the school.

When the new president of the Southern New Hampshire University College Republicans Kyle Urban asked the school how to invite conservative speakers to campus, he was told all speakers had to be vetted by the college first to ensure the invitees “are not so controversial that they would draw unwanted demonstrators to campus.” University administrators explained to Urban that the school “invite[s] discussion as long as it is friendly.”

Philadelphia-based FIRE is now involved, calling on the school to live up to its own free speech policies.

“SNHU thus betrays its own free expression promises by demanding prior review of speakers. To be clear, ‘expression is not free when authorities must approve of the speakers and viewpoints expressed,” FIRE’s Sabrina Conza wrote this week to SNHU’s Associate General Counsel Even Lowery.

According to Conza, Urban asked administrators about inviting speakers, expecting information about the mechanics of bringing people to the school to exchange ideas in public. Instead, Urban was told the school staff must “substantively” review and approve all proposed speakers before they are invited.

Conza says SNHU is now violating the promise it makes to students to protect free speech on campus.

“SNHU unequivocally promises students an environment which sustains the ‘ideals of freedom of inquiry, freedom of thought, freedom of expression, and freedom of the individual,’” Conza writes. “Having made those strong promises, the university may not lay them aside when the expression in question could lead to controversy.”

Conza wrote the approval process would only serve to prevent people from being invited by students or faculty to speak on campus, for fear of offending any group and causing protest.

“SNHU said it is ‘confident’ its ‘policies for speakers and political events on campus are compliant with both state and federal laws and allow for the free flow of information and ideas,’” Conza writes. “FIRE is far less confident.”

FIRE got involved last year after allied threats of protestors shut down a planned speech by conservative speaker Andy Ngo at Dartmouth College.

Dartmouth canceled the Jan. 20 event hosted by the campus chapters of the College Republicans, Turning Point USA, and Network of Enlightened Women, forcing it online based on unspecified “concerning information” from the Hanover police.

However, documents obtained by both NH Journal and FIRE indicate police never thought the planned protest presented a credible threat.

Conza said that when college administrators decide who is allowed to speak, the free exchange of ideas is harmed.

“When university officials determine which views are worth sharing, as SNHU administrators claim the authority to do here, students and faculty will invite fewer speakers to campus. In turn, fewer controversial and non-controversial speakers will come, and fewer viewpoints will be shared, all to the detriment of the campus community. We once again urge SNHU to reverse course,” Conza wrote. 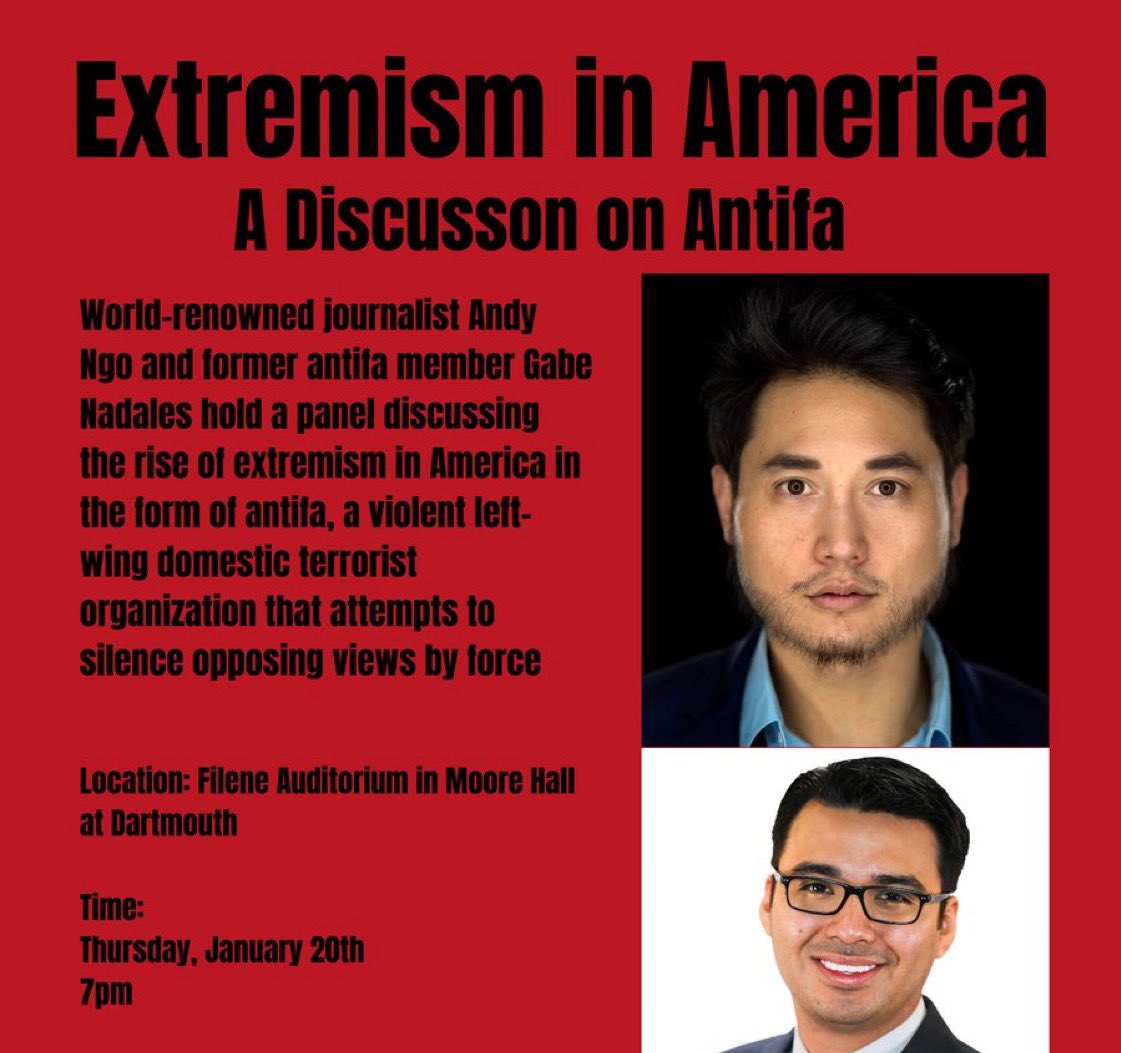