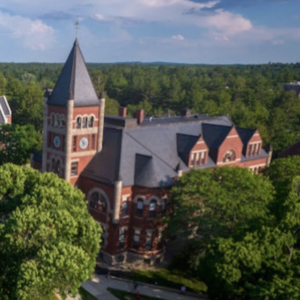 Free speech is alive and well at the flagship university of the Live Free or Die State, a new report finds.

The Foundation for Individual Rights in Education (FIRE) ranks 3rd in the nation for its campus culture supporting free speech.

On Tuesday, FIRE joined College Pulse and RealClearEducation in releasing their joint study ranking 159 colleges around the country. UNH earned high marks for tolerating both liberal and conservative speakers on campus, discouraging disruptive behavior targeting speakers, and having a college administration that supports free speech.

“The University of New Hampshire has been steadfast in its commitment to the tenets of both freedom of speech and academic freedom and we are pleased to be recognized by FIRE for our work to protect these freedoms,” said Erika Mantz, UNH’s executive director of media relations.

This is a significant shift from 2015 when UNH made international headlines with the release of its widely-mocked “Bias-Free Language Guide.” It recommended against using words like “American” for U.S. citizens only and suggested phrases like “people of size” rather than “obese.”

“Avoid stereotypes and words that are derived from negative assumptions e.g., using the expression ‘going Dutch’ for ‘splitting the bill,'” the guide suggested.

While the college now ranks well overall, the report includes anonymous statements from students at UNH who feel less than free when it comes to expressing hot topics.

“During class where I was the only POC it was difficult to speak up regarding racism in education as everyone seemed to overlook this section and simply moved on,” one student said.

Another UNH student said it is not worth the trouble to engage in a political discussion with professors.

“When a professor brings up politics I don’t bother to ever agree or disagree because I believe no good will ever come from it,” another student said.

Claremont McKenna College took the top spot, with the University of Chicago coming in second.

Dartmouth College is the only other New Hampshire school ranked in the study, and it comes in at #63, comparing poorly to UNH in terms of openness to unpopular ideas, and support from administration for free speech, according to the report. The Ivy League school, once known for promoting ideological diversity, has been slipping according to FIRE.

“If every joke or provocative remark about politics, religion, or culture is potentially subject to a formal investigation, Dartmouth students are not truly free to speak their minds,” FIRE wrote at the time.

In early 2018, Dartmouth imposed an IT policy prohibiting users from posting or sending “offensive” or “hateful” content. Under pressure from FIRE, the school eventually withdrew its policy.

“Dartmouth prizes and defends the right of free speech and embraces open inquiry in all matters. Everyone on our campus enjoys the freedom to speak, write, listen, and debate in pursuit of better learning and understanding,” Lawrence said.

Defenders of traditional liberal values like free speech and academic rigor have expressed concerns that they are fading in academia, particularly on the political left. For example, the Urban Institute, a respected center-left think tank, has issued guidelines for what it calls “equitable research.” The guide claims concepts like objectivity and rigor are “harmful,” and the scientific method is a smokescreen for White privilege.

“As a committed progressive and researcher, I find some of the statements [by the Urban Institute] deeply disturbing,” wrote prominent academic Thomas Abt. “Make no mistake, this is our version of ‘alternative facts’ and the fact it’s published by the respected Urban Institute makes it even more worrying.”

“A professor started our class by saying that ‘there is one rule for this class and that is we all love Bernie [Samders] and you CAN’T disagree with that,’” one student reported.