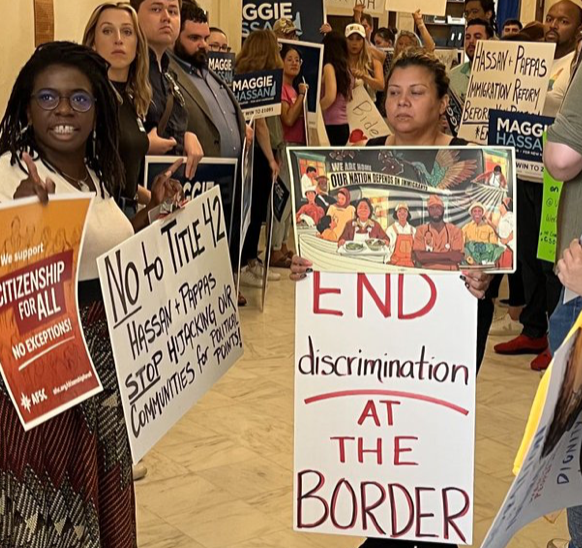 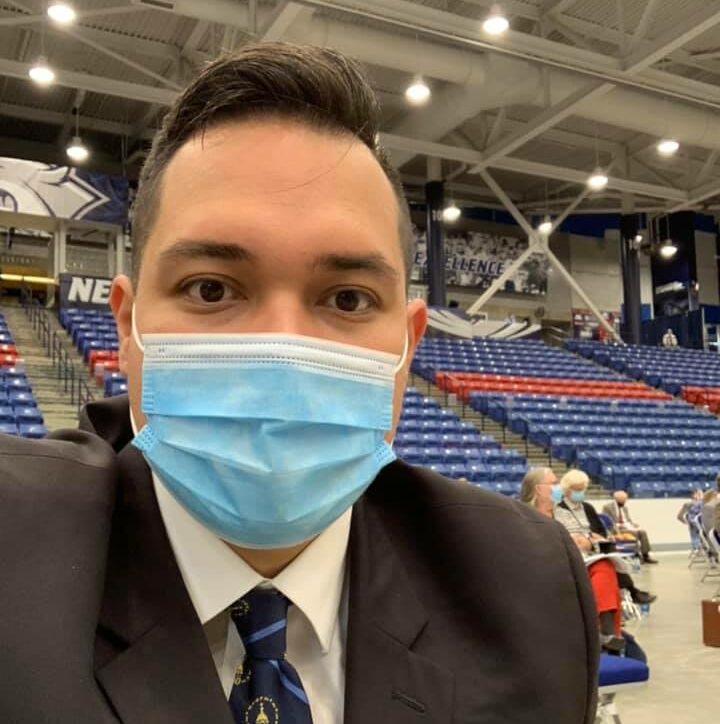 A long-simmering feud between New Hampshire Democrats and progressives flared again this week, and it featured the same political figures who split the caucus months ago.

In an unexplained turn of events, state Rep. Manny Espitia, (D-Nashua), issued a public apology this week to state Rep. Nicole Klein Knight for accusing her of endangering the life of a Black Democratic activist.

“On Feb. 2, I accused her of calling House security as retaliation against a young man. She has explained that she had been genuinely scared for her safety and I apologize for accusing her of such action,” Espitia wrote in the apology issued Wednesday.

Espitia did not respond to a request for comment on Thursday, and Klein Knight declined to comment when reached.

The saga began in January when Klein Knight confronted teen activist Jonah Wheeler in the State House and unleashed a verbal screed that included repeated use of the “n-word.” (Wheeler is Black.) She claimed she was attempting to confront what she believed were antisemitic statements and attitudes among BIPOC (Black, Indigenous, and People of Color) members of the progressive community. During the encounter, which she initiated, Klein Knight called security, claiming she feared for her own safety.

A group of BIPOC progressives responded by releasing a letter publicizing the incident and demanding an apology. The House Democratic Caucus leadership denounced Klein Knight and removed her from committee assignments.

The incident was followed by weeks of charges and countercharges, with progressives accusing traditional Democrats of racism, and in turn being accused of harboring antisemitic attitudes. Amid the political melee, Espitia accused Klein Knight of putting Wheeler’s life in danger simply by calling the police because, Espitia suggested, police officers are racists who present an inherent threat to people of color.

“She engaged in degrading, bigoted behavior against a young Black man, eventually calling security on him, despite being fully cognizant of the heightened dangers Black men face in this country in the presence of law enforcement,” Espitia said at the time. In the ensuing backlash, Espitia apologized. And despite his anti-police attitudes, he was tapped by House Democratic leaders to replace Klein Knight on the Criminal Justice committee.

It was an ugly series of confrontations the caucus appeared to have moved passed in the wake of the death of House Democratic Leader Renny Cushing in March. Then came Espitia’s apology, reopening the wounds.

Alissandra Rodríguez-Murray, a progressive activist and spokesperson for the BIPOC Leaders and Organizers group that issued the first denunciation of Klein Knight, called Espitia’s apology disappointing.

“Rep. Klein Knight is still on her rampage against BIPOC organizers yet apparently, we were the ones causing party division. Really shows who @NHHouseDems *actually* care about (hint…it’s not Black and Brown people),” she tweeted.

Rodríguez-Murray has referred to Jewish people as “termites” on Twitter.

Asma Elhuni of the progressive action group Race Forward also called out Espitia for his apology.

“You have chosen to apologize to a White woman for trying to call security on a harmless young Black man legitimizing her racist fear of Black men. Do better! Siding with White fear vs naming racist behavior is called anti-Blackness!”

Espitia issued his apology as president of the New Hampshire Young Democrats. In February, using the same position as head of the Young Democrats, he issued a statement revoking the group’s endorsement of Klein Knight.

According to sources familiar with the situation, Klein Knight and others in the Democratic Jewish community have been pushing for Espitia to meet with them for months. Espitia indicated in his statement this week that dangers to the Jewish community in New Hampshire are a real concern.

“The Jewish community is experiencing a higher rate of anti-semitism in the past 2 years, and it is happening here in New Hampshire,” Espitia wrote.

Wheeler is a member of Rights and Democracy, RAD, as is state Rep. Maria Perez.

Perez was forced to apologize last year after she shared the statement “From the river to the sea, Palestine must be free,” on social media. It is a slogan used by the Iranian-backed Hamas terrorist organization to call for Israel’s destruction. The resulting controversy ended with Perez being booted from her leadership position.

Klein Knight has said RAD members took up a harassment campaign against her for criticizing Perez. That was the context for the January confrontation between Wheeler and Klein Knight.

It is unclear how returning to this incident helps maintain unity inside the caucus, which is already facing a difficult political environment in November.