Write-In Campaigns Are Longshots, But Wiseman’s Upbeat in Bedford 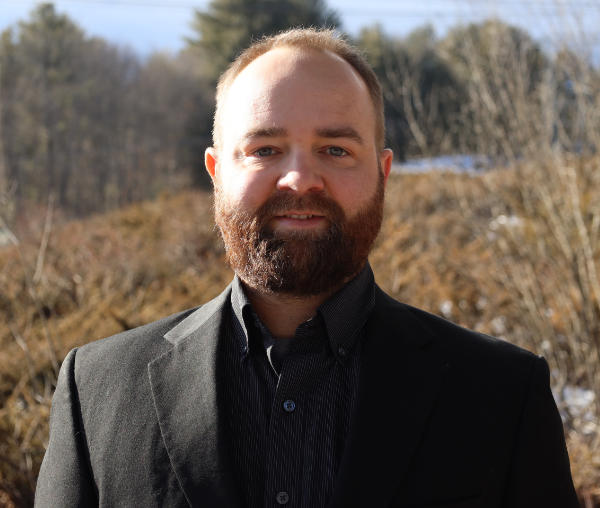 Despite the long odds of being a write-in candidate, Hanan Wiseman likes his chances to become Bedford’s next Town Moderator over Brian Shaughnessy.

“Believe it or not, for being a write-in candidate against a very well-connected individual, I feel really good about my chances,” Wiseman said Monday.

Shaughnessy was the assistant town moderate and played a key role in Bedford’s 2020 ballot snafu, coverup, and subsequent New Hampshire Attorney General’s Office investigation. He did not respond to a request for comment.

As the only candidate on the ballot in his race, Shaugnessy would be expected to ignore a write-in candidacy. Instead, he’s taken to Facebook to explain his actions regarding the 2020 ballot problems, and he sent a threatening letter to Wiseman suggesting he might sue his opponent for defamation. 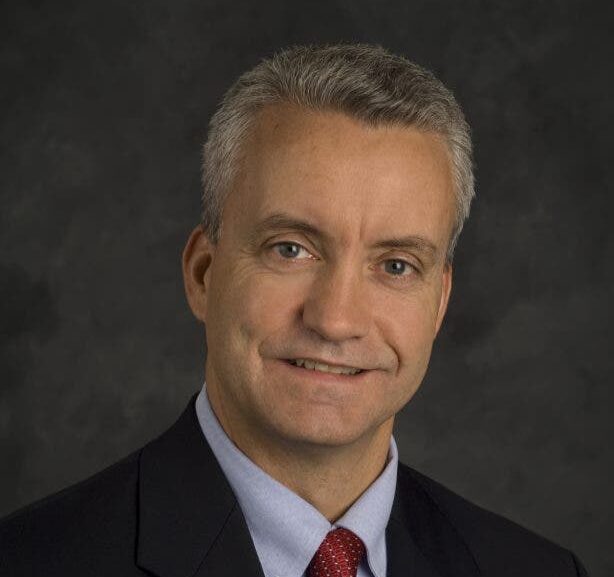 Win or lose on Tuesday, Shaughnessy will be the subject of an Executive Council meeting on Wednesday as they consider his nomination to become a Circuit Court judge. Sununu’s decision to pick the Bedford Democrat surprised some Republicans and alarmed others.

“My concern is with a perception of a lack of transparency in our elections. I believe our system has credibility issues with many voters. This nominee will only deepen the distrust of our (in my opinion well run) elections,” Ager wrote.

Councilor Dave Wheeler has already announced his opposition and urged Sununu to pull the nomination.

Meanwhile, Wiseman says he’s been working hard for votes the past few weeks.

“We’ve reached over 5,000 people individually in this community and, as of today, I have only received negative feedback from two people,” Wiseman said. “Everyone else has been positive. I guess it will all come down to who shows up at the polls and whether or not they take the time to write me in.”

Bedford typically sees about 1,700 voters come out to the polls during the annual Town Meeting ballot vote. Bedford GOP Chair Bart Fromer said no matter how hard Wiseman might be campaigning, Shaughnessy still has the edge given he’s the only name on the ballot. Even with the 2020 ballot controversies, many voters may not be paying attention to the issues.

“Typical voters coming out to Town Meeting may not be focused on that race,” Fromer said

Wiseman knows he’s got a tough hill to climb when the voters go to the polls tomorrow.

“I certainly believe that if I were on the ballot, I would win this election in a landslide. Being a write-in right now is my greatest hurdle,” Wiseman said.

The town is currently the subject of another ballot-related investigation by the New Hampshire Attorney General’s Office after a second batch of 2020 ballots were discovered inside an election box during a September special election.

These ballots were counted during the 2020 election, but left out of the recount. Town officials were not notified about these ballots until November, and there were no plans to inform the public until NH Journal broke the story. The New Hampshire Attorney General’s Office took control of the town’s ballot boxes and the investigation is ongoing. 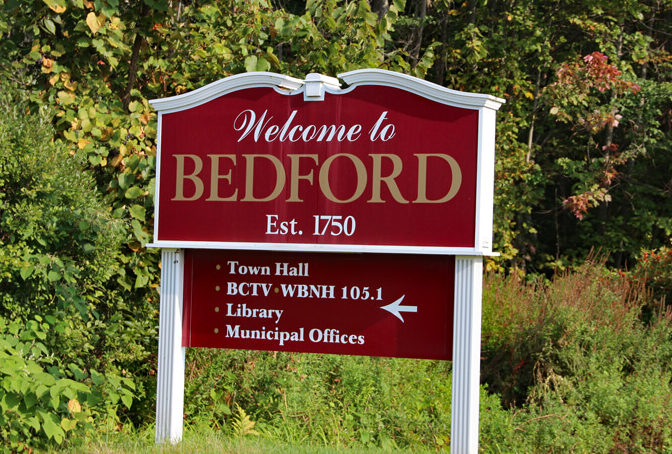 Shaughnessy took the unusual move of posting an extended explanation on social media, a possible sign both his candidacy for town moderator in March and his nomination to the bench are both in trouble.

Shaughnessy is the town official behind the decision to leave voters in the dark regarding 190 ballots from the 2020 election that were never counted due to election worker errors. No member of the public knew about those ballots for close to a year when New Hampshire Journal broke the story in October.

Now, he is facing a write-in challenge for the town moderator position, and his nomination to the Circuit Court is being scrutinized ahead of a public hearing before the Executive Council.

In his lengthy statement to a private Facebook group this week, Shaughnessy claims there was no intentional cover-up of the ballots. He maintains he advised town officials not to discuss the situation in good faith.

“There was no effort to hide the ball or intention to cover this matter up. I would never be a party to that type of behavior,” Shaughnessy wrote.

Shaughnessy states that since the investigation into the 190 ballots carried the possibility of criminal charges, he recommended that Town Moderator Bill Klein, Town Clerk Sally Kellar, and others keep quiet until the investigation was complete.

“The Secretary of State’s Office was notified within 30 minutes of the discovery which was the appropriate chain of command. During a meeting after the discovery was made, I recommended, and everyone agreed, that we would notify the 190 voters and apologize that they were disenfranchised through an honest mistake. That would only be done, however, once we received permission from the Attorney General’s Office,” he wrote.

The town eventually did send out that letter, falsely claiming the Attorney General’s Office had ordered it to remain silent. Shaughnessy did not dispute the town’s claim at the time.

“I firmly believe every Bedford official acted in good faith, fully cooperated with the investigation, and did what he/she believed was in the best interests of election integrity as a whole,” he wrote on Friday.

Shaughnessy has taken heat for stating during a public hearing in November that he and Klein do not answer to the elected town council or the voters of Bedford. Instead, he argued, they answer to the New Hampshire Secretary of State’s Office. Hanan Wiseman, who is mounting a write-in campaign against Shaughnessy, is making the idea of accountability to voters a central part of his candidacy.

“We MUST have a town moderator who holds himself accountable to the voters. There is no way for the public to trust the integrity of the elections if the people who oversee the elections aren’t trustworthy and transparent,” Wiseman wrote on his website.

Last November, Klein and Kellar sent a letter to voters blaming their silence on the New Hampshire Attorney General’s Office, a claim that office refuted. Shaughnessy admitted providing the advice to remain silent, saying it was “haphazard legal advice.”

Anger over Shaughnessy’s actions is widespread in Bedford, with multiple calls for Shaughnessy’s resignation. Shaughnessy dismissed those demands by saying he has no office to resign from.

“I was not an elected official and only serve at each election at the discretion of the moderator that appoints me. There was no office for me to resign from since I am simply a volunteer who does not get paid and is not elected,” he wrote.

Town Council Chair Dave Gilbert said Friday that he agreed, saying that there is nothing for Shaughnessy to resign from as a volunteer. When pushed on whether or not Shaughnessy had a choice to keep a volunteer position or resign, Gilbert said, “I guess he could. The town council has nothing to do with that.”

When asked if he then agrees that Klein and Shaughnessy do not report to the town council, Gilbert got angry.

“This is why I don’t like to talk to you guys, you make stuff up,” he said before hanging up the phone.

Shaughnessy’s nomination to become a Superior Court judge will need the approval of the state’s Executive Council, which is taking up the matter on March 9 — the day after Bedford’s town elections.

“At this point, I reserve all opinions until the public hearing,” Kenney said.

The other three councilors, Cinde Warmington (D-District 2), Ted Gatsas (R-District 4), and Janet Stevens (R-District 3) did not respond to requests for comment.

Their handling of Shaughnessy’s nomination is likely to be an issue in this year’s elections, particularly for GOP primary voters concerned about election integrity.

“The issue of election irregularities is proving to be a potent one,” said Windham Selectman Bruce Breton, a GOP activist and longtime Trump ally. Breton says Republicans concerned about ballot security are watching the Shaughnessy matter closely. And, he says, it is not just the GOP. “This issue reaches beyond just Republican voters.”

Bedford Republicans and political leaders are reluctant to criticize a Sununu nominee. However, they tell NHJournal off the record they fear the public hearing will reflect poorly on their local politics and raise embarrassing questions about why Sununu would nominate such a problematic pick.

“It’s going to be terrible for the town and everyone involved,” one GOP source told NHJournal.

The Attorney General’s Office completed its review of the town’s first ballot mishandling issue and is now conducting an investigation into the second case. It involves an undisclosed number of 2020 ballots discovered inside a ballot box in September and, like the first batch, kept secret. These ballots were counted during the 2020 election but left out of the recount.

Town officials were not notified about these ballots until November, and Gilbert warned town council members not to speak about the issue.