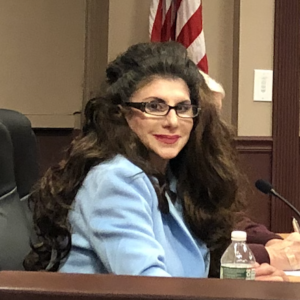 The four Bedford town officials responsible for keeping 190 mishandled ballots a secret for nearly a year were defiant in the face of a “no confidence” vote Wednesday night, insisting they did the right thing by leaving town councilors and the public in the dark.

The vote was the conclusion of a contentious hearing during which Shaughnessy acknowledged he — and not the Secretary of State’s or Attorney General’s Office — was the source of the legal strategy not to inform the town council of the uncounted ballots from the 2020 general election. The year-long delay and bureaucratic secrecy have been seized upon by supporters of former President Donald  Trump’s unfounded “stolen election” conspiracy as proof that the 2020 election results are suspect.

Wednesday night’s meeting was the first time town officials or town councilors had discussed the ballot fiasco in public. Only Klein and Shaughnessy were on hand to answer questions. Town Clerk Sally Kellar was attending an out-of-town event and chose not to participate remotely.

Town Councilor Kelleigh Murphy did participate via telephone, but the distance didn’t prevent her from making her anger felt inside Town Hall.

“You had a duty to tell the council. It is absolutely deplorable that this information was kept from us. I don’t think anyone who knew about it at the time and kept it secret should be involved in town government,” Murphy said. “I feel very strongly about that.”

Everyone agreed the mishandling of 190 absentee ballots was a simple mistake. A tray of uncounted ballots was erroneously placed among ballots that had been counted. The anger, from elected officials and the public, was in response to the decision of both state and local officials to keep the mistake a secret until just weeks ago.

The already-troubling story took a bizarre turn when Kellar and Klein mailed a letter last month claiming the Attorney General’s Office ordered them to hide the mistake from the public.

The Attorney General’s Office responded with a letter of its own contradicting the claim and putting the burden back on Bedford’s town officials.

“Bedford election officials raised concerns with this notification and asked (us) not to notify voters,” the Attorney General’s general counsel Anne Edwards told NHJournal. “I would never say that about an elected official lied,” Edwards said of the letter from Keller and Klein. “We felt it was important to issue a clarification because we were concerned about the accuracy of some of the statements.”

But Wednesday night, Shaugnessy admitted he was the source of the strategy of silence, not state officials.

“I gave out haphazard legal advice,” Shaughnessy replied. “I did not check with the town attorney.”

Shaughnessy also didn’t explain what possible felony the town Clerk or Moderator could have committed by telling voters about the uncounted ballots, a claim several New Hampshire attorneys found laughable.

Councilor Denise Ricciardi, who also serves as a state Senator and whose election was subject to a recount that would have involved the mishandled ballots, asked Shaughnessy where the Secretary of State or Attorney General got the authority to order the town’s elected officials to keep the ballot screw-up a secret. “Is there a law or a statute?”

After a long pause, Shaughnessy acknowledged: “I am not aware of any law or statute that allows them to order people to keep things quiet.”

In the end, both Klein and Shaunessy were defiant, stating flatly that they don’t answer to the council and are free to deny them information about elections if they choose.

After that, it became clear there would be a no-confidence vote called by Murphy.

“The town council is the town governing body. Rick Sawyer had a duty to let the council know what was going on,” Murphy said. “I understand why people lose faith in government. This never should have happened. It is completely unacceptable.”

Both Murphy and councilor  Bill Duschatko expressed their disappointment with the defiant stance of the town officials, who continued to insist they did nothing wrong.

“There is no remorse there,”  Bill Duschatko said. “It’s just another day of doing business.”

Bill Duschatko, Murphy, and Ricciardi cast the three votes in favor of the “no confidence” resolution. Councilors Bill Carter, Lori Radke, Sue Thomas and Chairman David Gilbert voted against it.

Ray Chadwick of the Bedford Republican Committee was on hand. The committee has called for a full investigation and, he told NHJournal, Wednesday night’s hearing fell far short of that. “We still need a full and thorough accounting of what happened. We did not get one tonight,” Chadwick said.

EDITOR’S NOTE: An earlier version of this article misidentified one of the members of the town council who voted against the “no confidence” resolution as Melissa Stephens. It was Bill Carter. We regret the error.