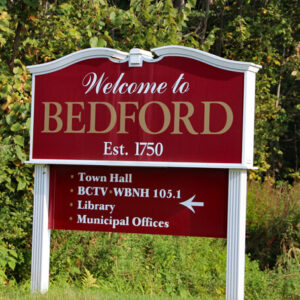 Sources tell New Hampshire Journal that Bedford election officials have found still more ballots from the November 2020 election, except these could have been included in the recount — if they hadn’t been overlooked by bumbling bureaucrats.

Meanwhile, the Secretary of State’s office contradicts the story told by Town Clerk Sally Kellar and Town Moderator William Klein regarding 190 misplaced absentee ballots, and it says it has the emails and communications to prove it.

According to people familiar with events, the same election officials who lost track of the 190 absentee ballots in the 2020 general election — and kept it a secret from the public and town council for nearly a year — discovered more misplaced ballots from last November’s election during this year’s special state representative election in September. Unlike the November ballots, the other ballots had actually been counted on Election Day 2020 and should have been included in last year’s recount of the state Senate race.

But because they were overlooked, they weren’t included, sources said. And once again, the town’s election officials kept their discovery of mishandled ballots a secret from voters and the council yet again.

“This wouldn’t be the first time someone’s found ballots left in the box underneath the [voting] machines,” Deputy Secretary of State David Scanlon told NHJournal Tuesday. He said he had limited information about this latest round of fumbled Bedford ballots, but added the Secretary of State’s office has seen situations involving misplaced ballots in the past. “Sometimes it’s clear during the recount that some ballots are missing. “If there was a significant volume of those [in the Bedford recount], we would expect that would have been a red flag at the time.”

A reporter with NHJournal reached Kellar on Tuesday and asked about recently discovered ballots. “There were no uncast ballots found,” Kellar said. When the reporter tried to ask a follow-up question, Kellar hung up the phone.

Additional requests for comment from town officials about the number of newly-discovered ballots, who found them, and who made the decision to keep them a secret until now went unanswered.

During last week’s town council meeting, Klein and his assistant moderator Brian Shaughnessy shocked many observers by insisting they “did the right thing” by keeping the story a secret for nearly a year. “We don’t work for you,” was Shaughnessy’s answer when councilors asked why elected representatives of Bedford’s citizens were left in the dark. Klein acknowledged those voters “were disenfranchised,” but he stood by the decision not to inform them.

Shaughnessy had previously claimed the Attorney General’s office ordered town officials to keep the existence of the ballots secret, and that Kellar or Klein “could be subject to criminal penalties, including a felony” if they disclosed the information. But at the town council meeting, he admitted he came up with “silence” strategy and that there is no law or statute giving those agencies the authority to order him and his colleagues to keep the information secret.

Scanlon also pushed back on the story Klein and Shaughnessy told of “immediately informing” the Secretary of State’s office upon discovering the 190 misplaced ballots on the Friday or Saturday after the election. That would have been on November 6 or 7, 2020, in advance of the November 10 recount.

“If we had been made aware of the existence of these ballots before we conducted the recount, we would it very public at the time,” Scanlon said. “We would not have counted them, but we would have made them available for the Ballot Law Commission to make a decision [about their eligibility for the recount]. That has been our practice when we find ballots that weren’t counted.”

Instead, Scanlon says the records show Bedford Town officials didn’t inform the Secretary of State’s office until November 16, after the recounts had ended.

“Our correspondence and emails do not indicate we were informed of the ballots’ existence before November 18,” Scanlon said.