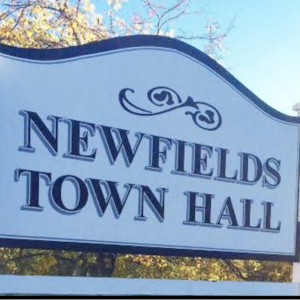 The town of Newfields, home of Gov. Chris Sununu, had no trouble passing an anti-picketing ordinance designed to keep protesters away from the governor’s house. But enforcing the law has proved to be problematic.

Last month, Newfields prosecutor Michael DiCroce lost yet another case when Skylar Bennett was acquitted of three charges related to a December 28, 2020, protest outside Sununu’s home. Bennett was found not guilty of trespassing, disorderly conduct, and violating the new anti-picketing ordinance.

Bennett, the only protestor who was physically arrested and booked at the night-time “candlelight vigil,” is now the seventh protestor to be acquitted.

A New Hampshire Journal reporter was charged with violating the ordinance while covering the December protest. The town has declined to drop the charges. NHJournal’s coverage of this story won an award in the “Free Speech” category from the New Hampshire Press Association last week.

Judge Polly L. Hall, who has presided over all the picketing trials to date, has now acquitted seven of the nine charged on December 28, 2020. One protestor paid his $100 fine, and the last trial, of former NHJournal reporter Chris Maidment, is scheduled for July 7.

“It is unlawful for any person to engage in picketing before or about the residence or dwelling of any individual in the Town of Newfields,” the ordinance reads, which took effect only a week before the protest.

“After more than a year of waiting, Mr. Bennett was vindicated after he was found not guilty on all charges,” Bennett’s attorney, Dan Hynes, told NHJournal.

“He could still decide to exercise his right to sue the police over an unlawful arrest that violated his constitutional rights,” Hynes said. However, he declined to say whether a federal lawsuit over the constitutionally-suspect ordinance is in the works. Six of the other protestors, including Frank Staples, may also be preparing to sue Newfields in federal court.

“The ordinance is clearly unconstitutional under the First Amendment,” said Harvey Silverglate at the time. Silverglate served on the board of the Massachusetts chapter of the American Civil Liberties Union and is the co-founder of the free speech organization Foundation for Individual Rights and Expression.

The presiding judge in the anti-picketing cases has declined to rule on the constitutional issues raised by the ordinance. Instead, she’s simply ruled that the state has failed to prove its cases, thus finding the defendants not guilty.

Gov. Chris Sununu used the protests outside his home as justification to cancel his 2021 inaugural address, which was to be performed outdoors on State House property, a first in modern times. Sununu opted instead to travel the state using the hashtag #Super603Day.

“To me, these cases are, were, and have always been about free speech,” said Concord lawyer Seth Hipple, who represented five of those acquitted thus far.

“NH Journal continues to believe the town of Newfields and the prosecutor will make the right decision and drop its plans to prosecute a reporter covering a legitimate news story,” maintains NHJournal’s managing editor, Michael Graham.