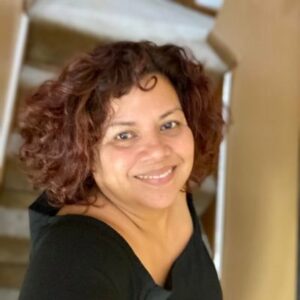 Perez Apologizes for ‘River to the Sea’ Post, Silent On Israel an ‘Apartheid State’ Claim

Facing condemnation from leading Jewish organizations like the Anti-Defamation League and the New Hampshire Jewish Federation, N.H. Rep. Maria Perez issued an apology Monday for embracing the Hamas slogan calling for the destruction of Israel.

As exclusively reported by NHJournal, Perez has been under fire for days from Jewish organizations and members of New Hampshire’s Jewish community after posting a tweet on October 23 with the phrase “From the river to the sea, Palestine will be free!”

According to the American Jewish Committee, the phrase is a “common call-to-arms for pro-Palestinian activists. It calls for the establishment of a State of Palestine from the Jordan River to the Mediterranean Sea, erasing the State of Israel and its people. It is also a rallying cry for terrorist groups and their sympathizers, from the Popular Front for the Liberation of Palestine (PFLP) to Hamas, which called for Israel’s destruction in its original governing charter in 1988.”

In response to NHJournal’s reporting, Perez returned to Twitter on Friday to respond:

“I shared a slogan that Palestinian human rights activists use to convey that they desire freedom of movement and an end to settler colonization,” Perez tweeted. “I believe in a one state solution where Jews, Muslims, Christians and others can live together with equal rights, unlike the current state of Israeli occupation and apartheid.”

Leading Jewish organizations denounced this defense as antisemitic. By Monday, the New Hampshire progressive was ready to back down.

“I deleted a recent tweet of mine after it came to my attention that a phrase, I used unwittingly carried an Antisemitic connotation,” she said in a statement distributed by the House Democratic caucus. “That would never be my intention. I am deeply sorry for any pain my words caused. Through numerous conversations with Jewish colleagues, I have come to learn the derogatory meaning that the phrase can hold for the Jewish community.”

“I vehemently oppose Antisemitism in every form it takes and commend the advocacy of my many esteemed Jewish colleagues in the House of Representatives and constituents in NH against all instances of bigotry in our state.”

“As a state representative and advocate for many humanitarian causes, I promise to continue to listen to marginalized communities and take accountability when I make a mistake. I believe we need justice for all people in every community, in every country, for everyone across this planet.”

Perez’s statement appears to be an apology for the first tweet only. She does not mention her follow-up comments about Israel being an “apartheid state.”

Asked if she is standing by her “apartheid” claim, Perez declined to respond.

Many supporters of Israel, including Democrats, consider the charge of “apartheid” against Israel is a form of antisemitism.