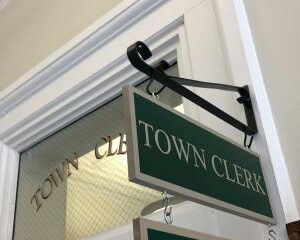 New Hampshire Democrats like Sens. Maggie Hassan and Jeanne Shaheen support controversial federal legislation to revamp America’s election law, but the Granite State officials tasked with actually running the state’s elections are speaking out against it.

“They are trying to federalize a state issue. New Hampshire should be used as a model for other states,” Michael Brooks, town clerk for Madison, told NHJournal. “Our current system works very well and the proposed changes would require a complete overhaul of voting laws in New Hampshire.”

Brooks was one of 24 town clerks from across the state who spoke to NHJournal about the so-called “For The People” Act. Of the 24, 21 oppose the legislation while two support it. One declined to take a position. Their views tended to reflect those of the state’s top election official, Secretary of State Bill Gardner, an outspoken critic of a proposal that he says would “take away our voting traditions.”

“The federal government should not control the election process. Whichever party is in power would have the opportunity to manipulate elections in their favor,” said Easton, N.H. Town Clerk Toni Woodruff. “States and state legislatures should set voting policy and procedures for the people of their state.”

Among the provisions in the measure, which is supported by all four members of the New Hampshire federal delegation:

“I would remind folks that Democratic Secretary of State of New Hampshire Bill Gardner openly lamented how big states, because of their excessive congressional representation in the house, will dictate to small states how their elections are run under this scheme. That completely overrides state law in elections.”

Some town clerks expressed concerns about the financial burdens H.R. 1 would impose on their towns, such as paying for extra staffing and renting facilities to physically hold the more than two weeks of added in-person voting days.

“For a small town like Springfield, the demands on the volunteers we have to do elections is too great. What we have now works,” said Pixie Hill, Springfield’s town clerk and tax collector.

“The law would make it much more complicated and expensive for our town to manage an election. Most of our election workers are volunteers,” Jennifer Coulter, the Tuftonboro Town Clerk, told NHJournal. “It’s important to make voting accessible to everyone. However, this federal law would be excessive in New Hampshire.”

As NHJournal has reported, some town clerks don’t think that they would even be able to rent out space for the additional, federally-mandated voting days under the Democrats’ bill.

“We use our local high school gymnasium as our primary voting site; we couldn’t lock that down for two weeks prior to the election for early voting,” one New Hampshire election official said in an informational call with the deputy secretary of state.

Some have concerns with election security, and they believe New Hampshire election laws are fine the way they are.

“In New Hampshire, we already have an excellent system that has worked wonderfully for years. I see no reason to complicate matters as well as introduce more access for unscrupulous persons intent on jeopardizing our elections,” said James Zink-Mailloux, Salisbury’s Town Clerk. “I think there are plenty of states with similar election laws that do great. Maybe some of the states that have issues should follow others that have good track records.”

Maureen Billodeau, the town clerk of Weare, told NHJournal she had problems with additional mail-in voting.

“It’s safe the way it is for New Hampshire. They have to request the ballot, we mail them out. We can check to make sure they’re voters, people move, you don’t know. Look what’s happened in other states, there’s so many sent out to people that no longer live in the town.”

Not all New Hampshire election officials are opposed to the plan, however.

“I believe H.R. 1 provides greater access to voting and voter registration without creating deficiencies in the current system,” said Betsy McClain, the town Clerk for Hanover. “I am especially supportive of the provisions to expand voting by mail.”

Karen Castelli, the town clerk and tax collector for Nelson opposes the legislation and summed up her reasons in a single phrase:

“ID’s are necessary for a fair election,” she said.