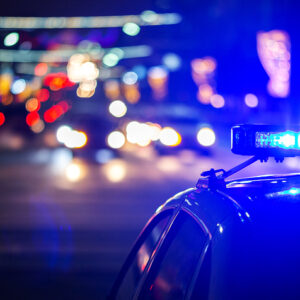 Posted to Politics May 17, 2021 by Andrew Mahaleris

In March, the House vote to pass qualified immunity reforms narrowly failed, leaving HB111 alongside a slew of other bills left “on the table,” effectively killing the measure for the year.

Tuesday morning they’ll introduce a non-germane amendment on SB96 to the New Hampshire House Judiciary Committee. The bill, which cleared the Senate this spring, is the Senate’s omnibus criminal justice reform package formed as a result of Gov. Chris Sununu’s LEACT commission, which recommended measures such as bodycams for every officer.

The Senate version includes funding for body and in-car cameras for police officers, the creation of committees to study the role and authority of school resource officers, and a change to juvenile delinquency proceedings.

Not included in the Senate package is an end to qualified immunity, which grants government employees, like police officers, protection from civil suits.

Berch and Lekas are looking to change that and announced their amendment last week on the State House lawn with a coalition including the Ben & Jerry’s founders, a rep from the Institute for Justice, former Supreme Court Justice Chuck Douglas, and Americans for Prosperity.

Some parts of the omnibus bill will be welcome news for Belknap County Sheriff Bill Wright, who told NHJournal in March that he would love more cameras in the line of duty.

“For us law enforcement, I would prefer to have a camera on all the time,” said Wright. You can listen to whatever I have going on because we find that people make stuff up against us quite often.”

“I can’t fathom how many officers have been exonerated from false reports and false allegations as a relation to body cameras. So I say, put cameras in all of our cars, put cameras on all of our uniforms, feel free. But where are the funds going to come from?”

Wright told NHJournal that getting cameras for the twelve vehicles in his department’s fleet would have cost them upwards of $85,000, a tall task on their tight budget.

The qualified immunity aspect is not as appealing to Wright, said ending it would cause a “mass exodus of officers leaving the job.”

“As soon as we start talking about taking away qualified immunity, people start getting nervous about whether or not there’s gonna be any protection against any lawsuit,” Wright said. “Right now, if people feel that I violated their civil rights, they have the right to file a suit against me. And then I have to go and answer that. There’s already pathways there to take care of that.”

“Instead of standing up for our police, Congress prefers to use our police officers as political punching bags. Under the cover of a late-night vote, Nancy Pelosi’s Congress and the radical left to once again vote to strip police of qualified immunity — which protects law enforcement and their families from frivolous lawsuits by the criminals they arrest,” a letter they sent to both Senators reads.

“Chris Pappas and Anne Kuster once again joined in support with their party leadership at the expense of New Hampshire’s law enforcement. Both of you have publicly opposed removing this critical protection in the past, and we hope once again that you side with law enforcement in rejecting this bill.”

Ross Connolly of Americans for Prosperity, however, says the bill isn’t about stripping police officers of protection, but it’s about accountability.

“Lawmakers need to seize this opportunity to ensure Granite Staters can have their day in court when they have had their constitutional rights violated by a government official,” Connolly said in a statement.

“It is wrong government officials can use ignorance of the law as an excuse for infringing a person’s civil rights and we urge the legislature to change this broken status quo.”