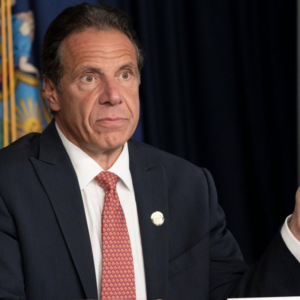 In a rare display of unity, all five of New Hampshire’s top officeholders — and the President of the United States — are in agreement: New York Gov. Andrew Cuomo should resign.

Cuomo, who is unofficially seeking his fourth term, says he has no plans to leave office despite a report from his fellow Democrat, New York Attorney General Letitia James, finding Cuomo had engaged in “unwanted groping, kissing, hugging and making inappropriate comments” against 11 different women.

When asked about the report, New Hampshire First District Congressman Chris Pappas told WMUR: “Andrew Cuomo’s behavior is reprehensible,” Pappas said, “and if he doesn’t resign, the legislature should remove him from office.”

Pappas’ decision to speak out is a break from his usual strategy of avoiding hot-button issues. He’s repeatedly declined to answer questions on policy concerns like the record number of illegal border crossings in the past six months or whether he supports vaccine mandates for teachers before they return to class this fall.

And Pappas has had his own brush with scandal. During a televised debate with his GOP opponent Matt Mowers last fall, Pappas was caught lying about being in a relationship with a lobbyist while serving in Congress.

Still, his call for Cuomo’s resignation opened a floodgate of denunciations of the New York Democrat from the Granite State.

Quoting Attorney General James, Rep. Annie Kuster tweeted, “‘I am inspired by the women who came forward, but more importantly I believe them, and I thank them for their bravery.’ I join [James] in her sentiment and applaud the brave women who reported the abuse they endured under Governor Cuomo. This behavior cannot be tolerated.”

Sununu has previously called Cuomo out for his handling of the COVID-19 outbreak (“an abject disaster”), in particular Cuomo’s decision to send infected elderly patients back to nursing homes. The Cuomo administration was caught hiding the actual number of nursing home deaths, but the Biden administration killed a Department of Justice investigation into the scandal.

Issues of sexual misconduct have been politically problematic for New Hampshire Democrats, many of whom were enthusiastic supporters of President Bill Clinton during and after the truth of his treatment of women was well established.  In fact, when the state party decided to dump the names of Thomas Jefferson and Andrew Jackson from their annual fundraising dinner in 2016, the replacements were notorious womanizers Clinton and John F. Kennedy.

And many New Hampshire Democrats stood by state Sen. Jeff Woodburn when he was charged with domestic violence in 2018. After his conviction earlier this year, the Manchester Democratic Party gave their highest award to Patty Dwyer, best known for publicly smearing Woodburn’s victim as a “liar” and “sociopath.”

The party’s decision to honor Dwyer was so egregious, it was condemned by Sebastian Fuentes, vice-chair of the N.H. Democratic Latino Caucus and a member of the N.H. Progressive Coalition’s board of directors.

“Granting awards to individuals that attack victims of domestic violence is pretty problematic,” Fuentes tweeted. “Did we forget he was found guilty? Is that who we are? @ManchesterDems.”

Still, the Democratic party appears to be united on the Cuomo case, all the way to the top. “He should resign,” Biden told reporters at the White House Tuesday.