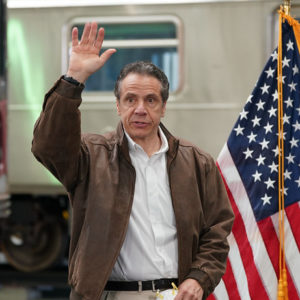 During an appearance on Jack Heath’s radio show Tuesday, Gov. Chris Sununu declared NY’s Andrew Cuomo one of the “worst” governors in the country over his handling of the COVID-19 pandemic, and he mocked the Democrat for writing a book praising himself amid the pandemic.

Asked whether he thought Cuomo should resign over allegations of sexual harassment and misbehavior, Sununu ignored the personal scandal and instead called Cuomo out over the coronavirus crisis.

“I think Governor Cuomo of New York is one of the worst gubernatorial managers of the COVID crisis,” Sununu said. “This is a governor who actually wrote a book in the middle of the crisis — how he had time for that, by the way, I don’t know — to pat himself on the back for what a great job he was doing.

“And then we found out he was doing a terrible job, and now there are all these other allegations,” Sununu said, before adding: “I think he’s an abject disaster.”

Cuomo has hired a high-profile criminal defense attorney to represent him in an upcoming investigation over the governor’s handling of nursing home policy in the early weeks of the COVID-19 pandemic. Despite evidence showing the elderly were at high risk from the virus, Cuomo ordered COVID-infected residents be sent back to their long-term care facilities, rather than hospitalized. His administration was also caught misrepresenting the number of LTCF deaths due to COVID.

It’s the allegations of personal misconduct, however, that have captured the media’s attention. At least three different women have accused Cuomo of misbehavior, ranging from sexually-suggestive conversations to unwanted touching and kissing. He reportedly asked one staffer if she wanted to play strip poker, and after getting handsy with another woman, pressed his case by asking, “Can I kiss you?”

“Like Gov. Sununu, I think Gov. Cuomo has a larger problem with the nursing home issue,” said Emerson College Director of Polling Spencer Kimball. “But the sexual harassment might act as a distraction — or it could be the final nail. It’s an evolving story and as more facts come out on both issues, public sentiment might change.”