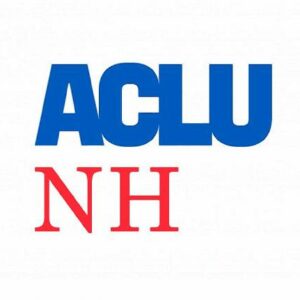 On Thursday, the New Hampshire legislature is scheduled to vote on a state budget that includes the “Right to Freedom from Discrimination in Public Workplaces and Education” Act, opposed by the ACLU-NH and other politically progressive organizations.

The bill would prohibit public employees from teaching or training “that an individual, by virtue of his or her age, sex, gender identity, sexual orientation, race, creed, color, marital status, familial status, mental or physical disability, religion, or national origin is inherently racist, sexist, or oppressive, whether consciously or unconsciously.”

“What does that even mean?” exclaimed Kate Ruane, a senior legislative counsel for the ACLU. Ruane went on to describe the legislative effort as a “backlash,” allegedly from the White, straight, straight power structure.

“I don’t want to pretend that this is isolated,” Ruane told participants. “The systems of power and inequity in this country, dating back to its founding and beyond… when there is any advancement towards justice for Black people, people of color, LGBTQ people, Muslims, and other non-White, non-straight, non-cisgendered people, there is a backlash.”

ACLU-NH Executive Director Devon Chaffee said her organization couldn’t believe it when they saw the legislation filed at the beginning of the session.

“So we saw this and we thought ‘this is crazy pants town.’ Like, there’s no way that this is gonna make it through the New Hampshire legislature.”

In fact, the original bill didn’t. It was replaced by language extending existing protections against discrimination already in state law. Chaffee said it wasn’t an improvement.

“In some ways, in fact, we saw the language when it came out of the Senate was even worse because it included much clearer penalties for violations of the statute. And it was expanded to apply, not just to race and sex, but also to things like gender identity, disability, and other protected classes.”

By adding these protected classes, the law would protect these people — particularly children — from being taught they are inherently inferior or exposed to adverse treatment.

“Would a teacher that wanted to explain to students that women did not have the right to vote until the ratification of the 19th amendment and why women lacked that right then run afoul of this prohibition because they would have to say that there were systems in place that prevented women from voting?” said Ruane. “The bill could deter even these basic factual conversations.”

In reality, the legislation explicitly states: “Nothing in this section shall be construed to prohibit discussing, as part of a larger course of academic instruction, the historical existence of ideas and subjects identified in this section.” It extends this protection to publicly-funded university faculty, as well as “workplace sensitivity training based on the inherent humanity and equality of all persons.”

The ACLU-NH opposes the bill.

Ruane suggested the national effort to push anti-discrimination laws that restrict Critical Race Theory are part of a national conspiracy, which she compared to legislation protecting oil pipelines from vandalism and violence.

“We had incredible protests at Standing Rock [in North Dakota] attempting to protect the environment and protect Native American land. The response to that was something very similar to what is happening right now,” Ruane said. “The oil industry wrote a bunch of bills that ostensibly protected critical infrastructure from being vandalized and passed them throughout the country. And protestors looked up and said, ‘That’s about us.’ We cannot let that happen again.”

Ruane didn’t name what industry she believed was behind the anti-Critical Race Theory movement, which has inspired parents to pour into school board meetings and county government hearings across the country.

The factually-dubious claims by the ACLU-NH — which has declined repeated requests for comment — are just one part of the troubling rhetoric from opponents of the proposed anti-discrimination bill. In April, New Hampshire progressives attacked an ethnically Arab House member as a “disgrace to his race” for supporting the bill.

A new Granite State Poll from the University of New Hampshire found a slim majority (51 percent) of New Hampshire residents would oppose a bill that would ban teaching Critical Race Theory. However, 53 percent of independent voters and 64 percent of Republicans would support a ban.

Gov. Chris Sununu has defended the anti-discrimination language in the budget and he is expected to sign it if it reaches his desk.