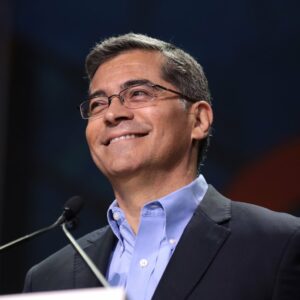 Pres. Joe Biden’s nominee for Health and Human Services Secretary may be on political life support.

California Attorney General Xavier Becerra’s nomination to head America’s public health bureaucracy failed to garner a majority vote from the Senate Finance Committee Wednesday, which split evenly down party lines. He did, however, get the backing of purple-state Sen. Maggie Hassan, despite his solidly-progressive politics.

Hassan faces the voters in 2022, a race that’s already near the top of many pundits’ “most-contested” lists.

Becerra, who served in the House of Representatives for 24 years before being elected California’s attorney general in 2016, is not a doctor and has no healthcare experience. Critics say what he lacks in expertise he makes up in progressive extremism.

As attorney general, Becerra bragged about filing more than 100 lawsuits against the Trump administration on everything from immigration to environmental policy. He even went to the Supreme Court in an attempt to deny the Little Sisters of the Poor an exemption from Obamacare birth-control mandates.

After filing his 100th suit, Becerra said his record “would be the envy of any major-league baseball player.”

Sen. Ben Sasse (R-Ne.) asks HHS Nominee Xavier Becerra about suing the federal government to force them to deny a birth-control mandate exemption from the Little Sisters of the Poor.

Republicans have slammed his nomination, calling him an extremist and criticizing Becerra’s lack of healthcare experience. Others have criticized his support of Medicare for All, a plan that would take away private health insurance from 149 million Americans.

“Voting for Xavier Becerra will be the political equivalent of supporting defunding the police or Medicare for All—a toxic vote that will come with a high cost,” Sen. Tom Cotton (R-Ark.) told NHJournal. “If confirmed, Xavier Becerra would push California policies like lockdowns on New Hampshire and on every state. President Biden should withdraw Xavier Becerra and instead nominate a qualified healthcare professional to lead the department.”

Cotton, widely believed to be considering a presidential run in 2024, is airing ads in New Hampshire and Georgia targeting Democratic senators on the Becerra issue.

In 2017, Becerra told FOX News, “I’ve been a supporter of Medicare for All for the 24 years when I was in Congress. This year, as attorney general I would fight for that if we had an opportunity to put that forward in the state of California.”

During her questioning of Becerra in the Senate Finance Committee, Hassan never asked the nominee about his alleged lack of experience, his support for ending private health insurance, or his decision to sue the Trump administration over the Little Sisters of the Poor’s birth control exemption.

“Maggie Hassan has the power to stop Xavier Becerra’s nearly 30-year quest to create government-run health care. But instead of fighting for Granite State jobs, Senator Hassan is paving the way for Becerra’s socialist Medicare for None agenda that will also rip private health insurance away from millions of Americans and kill jobs across the country,” NRSC Spokeswoman Katharine Cooksey said in a statement.

Hassan declined repeated requests for comment on how she plans to vote on Becerra’s final Senate confirmation.