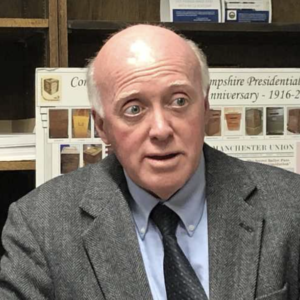 Gardner: H.R. 1 Would Give California More Control of NH Elections Than Granite Staters

Fresh off the heels of his testimony before the Senate Judiciary Committee, Secretary of State Bill Gardner is once again voicing his opposition to the For the People Act.

On Wednesday Gardner, a Democrat and the longest-serving secretary of state in the country, joined Jack Heath for a radio interview where he repeated his concerns with the massive election overhaul legislation from Congressional Democrats.

“It would just be a federal takeover of the election process in New Hampshire. So instead of the New Hampshire legislature, the House and Senate, deciding how our elections should be here, this is going to be a federal decision,” Gardner said.

Gardner also reminded Granite Staters that H.R. 1, which would replace New Hampshire election laws with those passed by Congress, would literally give other states more control over local elections than the state’s citizens. States with larger congressional delegations would have more say.

“In the U.S. House, we have two representatives out of 435,” said Gardner. “So Texas and California and New York and Illinois are going to have a much greater say about how they want their elections because they have much bigger representation.”

Gardner also countered arguments that H.R. 1 poses no threat to New Hampshire’s First in the Nation primary because rules for the presidential primaries are set by the party, not the state. Gardner noted that New Hampshire had been out of compliance with political parties in 10 of the last 12 POTUS primary elections.

The bill, which has already passed in the House, is awaiting changes before a likely contentious vote in the U.S. Senate.

“Would you hope [Sens. Maggie Hassan and Jean Shaheen] vote against this?” asked Heath.

Wednesday afternoon, Deputy Secretary of State David Scanlan held an information session with local election officials and state representatives in which he explained what the legislation would mean for their municipalities if it passed.

“If you have strong feelings one way or the other on this bill, you might want to let your U.S. senators from New Hampshire know so that they can take that into consideration before they cast their vote,” Scanlan said.

Local election officials were particularly concerned with how to pay the expenses of the myriad of new programs H.R. 1 would force upon them, such as the introduction of drop boxes that they would need to staff and tracking for universal mail-in ballots. “Who’s going to pay for the employees on another federal holiday?” asked one participant.

One official was concerned with even being able to implement the new programs in time for the next election.

“How does the state legislature have time to step back, look at this and then pass things in time for us to be able to implement this?” she asked.

“If the Secretary of State’s Office has concerns about how HR 1 – federal legislation – would apply to New Hampshire, they should discuss those concerns as part of the legislative process, rather than trying to frustrate appropriate attempts to combat voter suppression and expand access to the ballot box,” said Rep. David Cote (D-Nashua), ranking Democrat on the House Election Law Committee.

The New Hampshire House Democrats did not respond when NHJournal requested examples of voter suppression happening in New Hampshire.