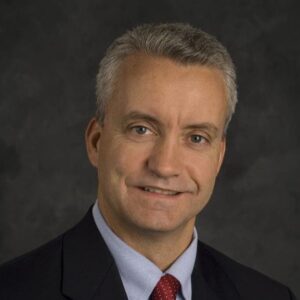 Attorney Brian Shaughnessy of Bedford, best known for his key role in a ballot-bungling fiasco that continues to embarrass the upscale bedroom community, will not be serving on New Hampshire’s circuit court. The GOP-controlled Executive Council shot down Gov. Chris Sununu’s nominee in a bipartisan 4-1 vote.

That left many Bedford Republicans relieved by the outcome, but still puzzling over Sununu’s decision to nominate the embattled Democrat in the first place.

By the time Sununu tapped Shaughnessy for the court, he was already embroiled in the post-election controversy. As assistant town moderator, Shaughnessy said he counseled Bedford town election officials who had mishandled 190 absentee ballots to keep their mistake a secret from the town council and voters. And he remained silent as the town falsely claimed it was ordered to keep the incident secret by state officials. A few weeks later, another batch of mishandled ballots was discovered.

GOP Executive Councilor Dave Wheeler told NHJournal there were simply “too many questions regarding the two groups of missing ballots in Bedford. And especially his advice was to hide the truth from the [town] council and the public when they were found. The council did the right thing today!”

“After a thorough examination of the nominee for the Circuit Court,  I believe the Executive Council made the correct decision,” Republican Councilor Janet Stevens said. “I have every confidence that our governor will put forth a nominee that can meet the disparate demands and responsibilities of serving on the circuit court.”

That nominee won’t be Shaughnessy. After speculation Sununu “could bring back the pick for a second vote,” the governor shot down a repeat Shaughnessy performance.

“No, the council was pretty clear in voting Brian down. We have lots of great options out there and will look to bring other people moving forward,” Sununu said in response to press questions.

Shaughnessy was elected town moderator in municipal elections earlier this month. But despite being the only candidate on the ballot, nearly 40 percent of voters chose not to cast a ballot for him.

“The Bedford Republican Committee supports today’s vote by the Executive Council. Election integrity and transparency are serious issues to the voters of New Hampshire and it is paramount that our judges share that sentiment.”

Local Republicans have been complaining about Shaughnessy’s performance for months. And they are frustrated Sununu would try to make him a judge. They say the temperament he has displayed since his role in the Bedford ballot fiasco was uncovered makes him a poor choice for the bench.

“Why would Sununu nominate a hardcore Democrat who’s involved in an election scandal? It makes no sense,” said former GOP state Rep. Josh Whitehouse, who also served in the Trump administration. “And Shaughnessy’s not just a casual Democrat, he’s a ‘four-for-four.’” (Voting records show he’s voted in the last four Democratic primaries.)

And yet Sununu ignored multiple calls to withdraw Shaughnessy’s nomination.

The only Executive Councilor to vote in favor of Shaughnessy was Republican Ted Gatsas.

The assumption among many Republicans is that Sununu was doing a favor for Bedford developer –and major GOP donor — Bill Greiner, an ally of Shaughnessy’s. Greiner made no secret of his support for Shaugnessy or his anger over NHJournal’s coverage of the Bedford attorney’s sub-par performance in the ballot scandal.

“[NHJournal Managing Editor] Michael Graham is completely obsessed with Brian,” Greiner posted on Facebook. “When the AG’s office shows that he had nothing to do with the conspiracies peddle [sic] by fringe people like [RNC Committeeman] Chris Ager and Michael Graham, those two will melt down in their tin foil hats inside their echo chamber.”