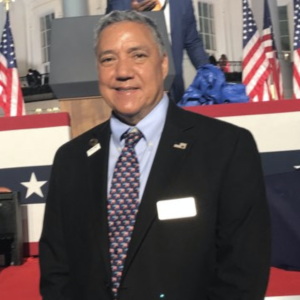 New Hampshire’s Republican National Committeeman is asking the GOP-controlled Executive Council to reject Gov. Chris Sununu’s nominee for the Circuit Court bench. It’s just the latest blow to the nomination of Bedford attorney Brian Shaugnessy, a Democrat at the center of the ongoing scandal surrounding the town’s mishandled 2o2o elections.

In an email to the four Republican members of the council obtained by NHJournal, Committeeman Chris Ager urged them to “please reject this nominee.

“My concern is with a perception of a lack of transparency in our elections. I believe our system has credibility issues with many voters. This nominee will only deepen the distrust of our (in my opinion well run) elections.”

Shaughnessy served as Bedford’s assistant moderator during the 2020 election when town officials mishandled 190 absentee ballots, leaving those voters disenfranchised. Shaughnessy then counseled his fellow town election officials to hide the news of their error from both the voters and the town council.

For Ager, who serves on the RNC’s Committee on Election Integrity, the issue of ballot security and trust in the election process is paramount, he told NHJournal. He plans to release a more comprehensive statement on Monday.

Meanwhile, more Republicans are publicly rejecting Shaughnessy’s nomination to the bench and his candidacy for Town Moderator in Tuesday’s elections. Shaughnessy is the only candidate on the ballot, but he’s facing a write-in challenger, Hanan Wiseman.

“Why would Sununu nominate a hardcore Democrat who’s involved in an election scandal? It makes no sense,” said Whitehouse, who served in the Trump administration as a liaison to the Pentagon. “And Shaughnessy’s not just a casual Democrat, he’s a ‘four-for-four.'” (Voting records show he’s voted in the last four Democratic primaries.)

“There’s already a problem with a lack of confidence in our elections, and putting Shaughnessy on the bench isn’t going to help. And it puts the Republicans on the Executive Council in an awkward position, too. Voting for Shaughnessy today could mean a primary challenger in September.”

More questions were raised regarding Shaughnessy’s fitness for the bench when he sent a threatening email to Wiseman suggesting potential legal action over his criticisms of Shaughnessy’s actions regarding the mishandled ballots.

“This is…a cease and desist letter alerting you to false and potentially defamatory statements made on your website,” he wrote.

Former Speaker of the Hosue Bill O’Brien is an attorney and a veteran of many political campaigns. He dismissed Shaughnessy’s legal claims as unfounded.

“The most disturbing part of the letter is a judicial nominee who doesn’t seem to know the basic legal requirements of defamation,” O’Brien told NHJournal. “In particular, the fact that the bar for defamation for a public official is extremely high.”