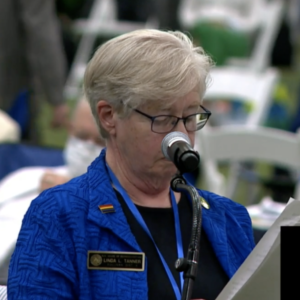 If there’s a voter in New Hampshire who likes higher taxes, hates White people, and supports abortion on demand until the day of birth, Granite State Democrats want you to know — they’ve got your back.

But for the other 1.4 million Granite Staters, the messaging they heard from the House floor during Thursday’s budget debate must have sounded like a roomful of people who’d forgotten to take their meds.

Who is against cutting taxes, particularly taxes on retirees living on interest and dividend income?

Who is for telling children they’re inherently racist or sexist just because of their skin color or gender? Who wants them reading books by radicals like Ibram X. Kendi telling them their parents are part of a white supremacist, racist establishment just because they’re White?

Who supports abortions without restriction in the seventh, eighth, or even ninth month of pregnancy?

Every Democrat in the New Hampshire House and Senate, that’s who. Every single one voted for these policies. Not to mention various other votes opposing the display of the Live Free or Die state motto in schools or trying to stop a paid family medical leave plan.

The executive director of the ACLU-NH recently described the anti-Critical Race Theory (CRT) legislation first proposed by House Republicans as “crazy pants town.” At the time, many wondered where that place might be.

On Thursday, we found it.

Rep Linda Tanner (D-Georges Mill) claimed banning race-based classroom instruction could cause “teachers to hide the left-handed scissors to keep from offending right-handed students,” a completely crazy claim with no connection to facts.

Then again, Tanner is best known for insulting every New Hampshire nurse who graduated from a community college. “I don’t know about you, but when I’m in the hospital and a nurse walks in the room I don’t want just some ‘Jeannie Smith off the sidewalk’ that’s maybe taken two years at a community college with basic education and I have something that’s very technical,” Tanner told her fellow members of the House Education Committee in February.

Rep. Latha Mangipudi (D-Nashua), an Indian-American, made the bizarre claim that the anti-discrimination legislation would have prevented her from serving in the House.

And Rep. Amanda Elizabeth Toll (D-Keene) argued that her successful career in academia and business would not have been possible without the abortion she underwent as a teenager. In addition to falsely suggesting the legislation would stop women from ever having abortions (the limit doesn’t kick in until almost six months into a pregnancy), it was a claim many academically and financially successful mothers are likely to find problematic.

Then there’s the fact that many of the Democrats simply didn’t know what they were talking about. They kept referencing the language of HB544, the original anti-CRT bill, which didn’t make it into the budget. The Senate version was entirely different — and Democrats were utterly oblivious.

Fringe, uninformed, and angry is no way to go through an election, Democrats.

For all the media narrative about those “crazy right-wingers” in the Freedom Caucus, the unhinged voices in Granite State politics this week have come from the Democrats’ side of the aisle. Which allowed Republicans to simply note their opponents’ falsehoods, re-state their support for lower taxes and abortion moderation, and sit back down.

When Majority Leader Jason Osborne “thanked” the Democratic speakers for making such a strong case on behalf of the budget, he spoke only partially in jest.

It didn’t have to be this way. Think of how different Democrats would look today if they had supported HB1, with its tax cuts and spending controls, while opposing HB2. New Hampshire could have had bipartisan support for lower business taxes, sending a powerful message to out-of-state companies and telling moderate voters Democrats aren’t just a bunch of tax-and-spend lefties.

Imagine if, early in the process, Democrats had said “of course we don’t support abortion up to the day of birth, that’s ridiculous! But 24 weeks is a bit restrictive. How about 30 weeks?”

Instead, the New Hampshire Democratic Party has moved so far left that even “The Lion of the Senate,” Sen. Lou D’Allesandro, voted for every extreme position of his party. D’Allesandro is a fiscal hawk and a practicing Catholic, and he voted for tax hikes and unrestricted abortion.

When there’s no difference between the voting records of Lou D’Allesandro and Rep. Sherry Frost (D-Dover), something has gone terribly wrong.

Consider what happened on the other side of the aisle. House Republicans passed legislation like HB. 544 that was, politically speaking, less than optimal. But instead of joining the House in “crazy pants town,” the GOP Senate leadership took their ideas and modified them into something more politically palatable. They worked with Gov. Chris Sununu to cut deals. They kept in the paid leave, they knocked out the “divisive concepts,” and they ended up with a smart political document.

Why didn’t Senate Minority Leader Donna Soucy do the same? Why didn’t she get her caucus to find common ground, override the lunacy being pushed by the extremists at Planned Parenthood and the progressive coalition, and make some deals?

Ironically, the Republican activist base is larger than that of the Democrats. Progressives have yet to show they can win a statewide — or even congressional — primary race. And yet it’s the GOP that’s found a way to convert its base’s passion into good political policy while Democrats vote as though they fear the wrath of AOC.

Have New Hampshire Democrats gone crazy? Of course not. They’re just voting like it.