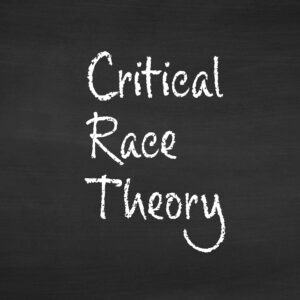 COMMENTARY: Yes, New Hampshire, There Is A CRT Problem

While the debate over New Hampshire’s new anti-discrimination law continues, at least one issue has been resolved:

Yes, Critical Race Theory is real, and it’s being used in our kids’ classrooms.

The admission was inevitable. For weeks progressives have been simultaneously arguing the CRT isn’t part of the education system, just a political ploy made up by Fox News; and that CRT’s tenets are an essential part of diversity and equity in education that only racists would oppose.

Something had to give.

The National Education Association put that debate to rest at their most recent national conference a week ago when the NEA pledged to:

That’s a lot of talk about defending something that doesn’t exist.

This isn’t from a Fox News report or Facebook post. It’s from the NEA’s own meeting minutes (which they attempted to take off the web when word got out about their vote.)

Read it for yourself. When you’re done, you might also want to read the New Hampshire law too. Because, despite headlines like “‘Divisive concepts’ ban is NH law. Will it affect the way teachers do their jobs?” in the Portsmouth Herald, the “divisive language” bill, HB 544, was not included in the budget.

Yes, you’ve heard many public officials and leaders at organizations like the ACLU of New Hampshire say otherwise. “One part of the bill purports to protect academic freedom while another portion bans the teaching on so-called divisive concepts,” said Gilles Bissonnette, legal director of the ACLU-NH.

Like claims about non-existent CRT, these statements are factually untrue. The phrase literally doesn’t appear anywhere in the budget.

That doesn’t mean the anti-discrimination law is a good thing. State Rep. Jim Maggiore (D-North Hampton), who resigned from the governor’s Council on Diversity and Inclusion, may be right when he says, “we’re going to put a gag order, and put up a time limit on history” with this legislation.

Rep. Linda Harriot-Gathright (D-Nashua) may be onto something when she says, “This language robs young people of an inclusive and realistic education.”

Which is why NHJournal has been asking the ACLU of New Hampshire, members of the legislature, and other opponents of the new law a very simple question:

What is the subject or topic you believe should be taught to students or used in training government workers that would be banned by the anti-discrimination law, and what specific section of the law would ban it?

Thus far, not a single opponent of the law has been able to do so.

Gov. Chris Sununu, who’s hardly been a hard-charging advocate of this legislation, says these critics are wrong.

“We should still be teaching about slavery, and civil rights, implicit biases — all of that can happen in a classroom, and it should be happening. And it will, which is great,” he told WMUR’s Adam Sexton this weekend. “You just can’t say because of the color of your skin, your gender, your sexual identity, you’ve been ‘classed,’ so to speak. It simply says you cannot discriminate.”

If Sununu’s not telling the truth, it should be easy for opponents to give examples of the legitimate educational content that’s been banned. Where are they?

Or perhaps the NEA and the ACLU believe that it’s not possible to teach about slavery and civil rights without labeling all white people implicitly racist, one of the tenets of CRT. Or without telling white kids that it doesn’t matter what you think or how you behave, racism isn’t an action, it’s a structure and you’re a part of it. That’s another fundamental tenet of CRT.

In other words, they may believe the only way to teach “honest history” is to “honestly” teach white kids that they’re racists and their parents are, too.

Once again, if you don’t believe it, read CRT leaders like Ibram X. Kendi and Robin DiAngelo for yourself. Or read and watch the training materials from the Manchester school system. Or the handouts and recommended reading in Laconia.

If the NEA really does spend the next year running around the country defending teachers using CRT as they’ve announced, the result will be to highlight how many schools are using it. They’ll be reminding parents, most of whom hate this racially-divisive content, that it’s alive and well and supported by the political Left.

In other words, the NEA will be giving a massive in-kind donation to the GOP.