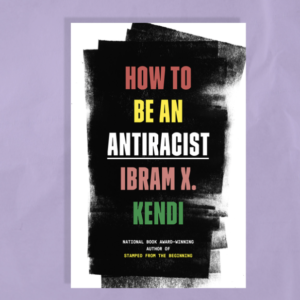 In May, Laconia School Superindent Steve Tucker denied his schools were using either Critical Race Theory (CRT) or the curriculum of the 1619 Project. “The theory and the Project are not being taught in our schools,” Tucker said in a statement at the time.

“He answered the question ‘No,’ and I take him at his word,” Cheney said. “He’s always been direct and responsive.”

But NHJournal has learned the Laconia district has been promoting CRT, and some of its most extremist claims, on its official school website for months.

The Laconia School District Office of School Wellness website has a “Suggested Book Reads” page as part of its Diversity and Inclusion materials. Among the featured authors are Ibram X. Kendi and Robin DiAngelo, two of the most prominent advocates of Critical Race Theory in the country. 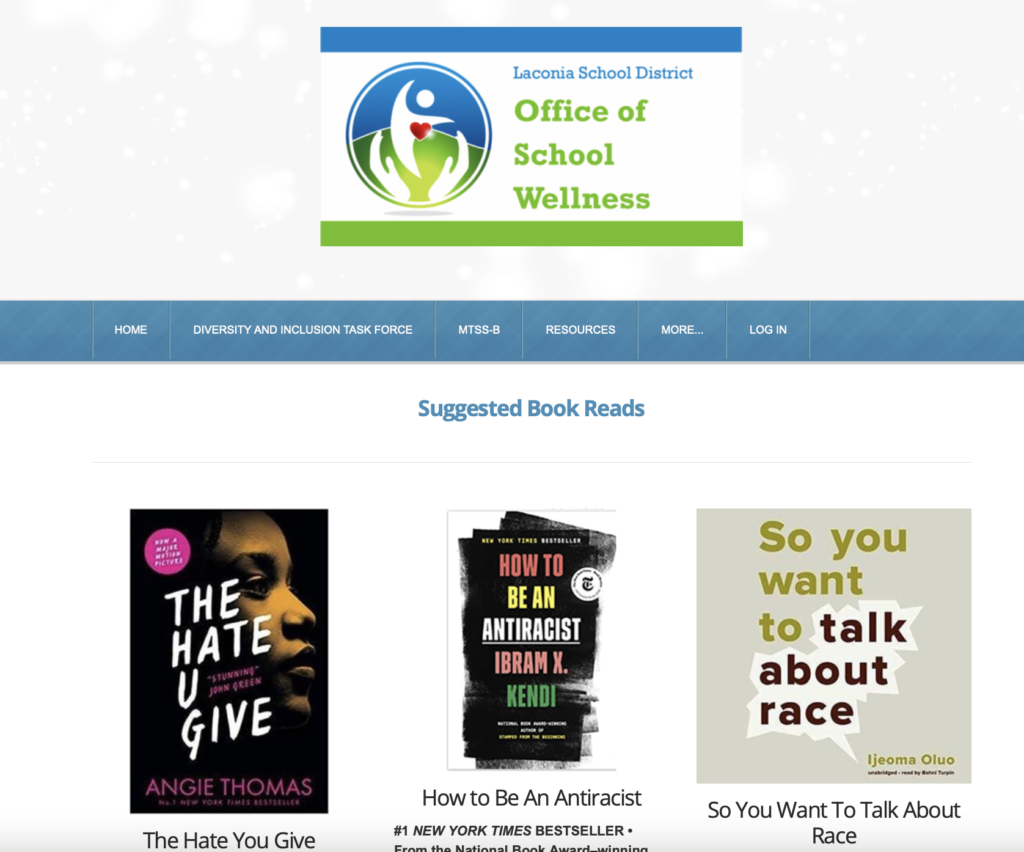 Tucker, who is a member of the Diversity and Inclusion Task Force, did not respond to a request for comment. Nor did school board member Aaron Hayward, another task force member.

The new state budget includes language that expanded the state’s anti-discrimination law to prevent state-funded teachers, counselors, and contractors from labeling people inherently racist or sexist based on their skin color. Some of the work of Kendi and DiAngelo almost certainly violate the new law.

Kendi is the author of “How to Be an Antiracist” and “Stamped from the Beginning,” both on the Laconia schools’ reading list. Kendi is a leading proponent of CRT, telling Slate magazine: “I can’t imagine a pathway to being Antiracist that does not engage critical race theory. I mean, critical race theorists specifically over the last 40 years have been so foundational to providing a structural analysis of race and racism, which is to be Antiracist is to have that structural analysis.”

Arguing that America is “structurally racist,” Kendi claims “Whiteness” itself is problematic and needs to be combated with what he calls “anti-racism” racial discrimination.

Kendi, now director of the Center for Antiracist Research at Boston University, landed in hot water last year when he accused then-Supreme Court nominee Amy Coney Barrett of being a “White colonizer” because her family adopted children from Haiti.

“Some White colonizers ‘adopted’ Black children. They ‘civilized’ these ‘savage’ children in the ‘superior’ ways of White people, while using them as props in their lifelong pictures of denial, while cutting the biological parents of these children out of the picture of humanity. And whether this is Barrett or not is not the point. It is a belief too many White people have: if they have or adopt a child of color, then they can’t be racist,” Kendi wrote in a tweet.

Also on the Task Force’s reading list is “White Fragility” by Robin DiAngelo. DiAngelo is a White woman who works as a corporate consultant and diversity trainer for companies and government groups. According to DiAngelo, whiteness is a problem to be solved by teaching people to be less White. In the book recommended by the Laconia school website, she argues White people reflexively protect white supremacy structures like capitalism and educational success.

DiAngelo’s book argues all White people are, by definition, part of a privileged system, but they refuse to admit that fact. By claiming to believe that racism is based on behavior and not an inherent part of whiteness, she says, White people are contributing to racism.

John McWhorter of Columbia University says DiAngelo’s book is condescending to Black Americans like him, that it “infantilizes” Black people, and teaches White people “how to be racist in a whole new way.”

Whether these writers are correct or not, they both advocate for Critical Race Theory. Recommending their books is clearly using CRT in the school’s curriculum, despite the denials from Superintendent Tucker.

This isn’t Laconia’s first CRT incident. As NHJournal reported earlier this month, Laconia elementary school children as young as six were being given handouts about their alleged “white privilege.”

While it’s difficult to square Superintendent Tucker’s claims with the facts, he may feel additional pressure to address issues of equity and social justice, given the recent debate in Laconia over bigotry and anti-Semitism.

Last year, School Board Member and State Rep. Dawn Johnson posted an anti-Semitic cartoon to social media. At the time, Johnson said she did not realize the cartoon, taken from an article on the New Nazi website The Daily Stormer, was anti-Semitic.