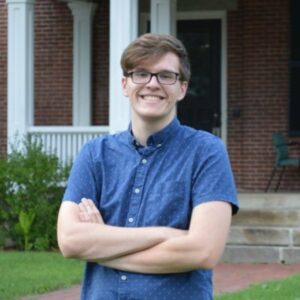 As reports of disarray and dissension continue to come out of the N.H. House Democratic caucus, two more members are preparing to abandon the party, NHJournal has learned. They will be joining Rep. Ellen Read (I-Newmarket) as independents and, like Read, both are political progressives unlikely to caucus with the GOP majority.

“I’m changing my affiliation to independent because of the undemocratic nature of the state’s Democratic Party’s leadership,” Rep. Tony Labranche (D-Amherst) told NHJournal. “The irony is that the ‘Democratic’ party is the least democratic institution I’ve ever been part of.”

Labranche, who turned 20 in November, currently serves as the youngest member of the New Hampshire House. He is also the youngest openly LGBTQ+ legislator in United States history. He will make a formal announcement on Wednesday.

Another Democrat is also expected to announce she is leaving the party on Wednesday as well, NHJournal has learned. She declined to confirm her plans as of press time.

Labranche did not want to comment on the record about dissension within the House Democratic Caucus, but he insisted his decision is not related to leadership issues in the House.

“My reasons aren’t related to the caucus and House leadership. I have a deep respect for Rep. Renny Cushing. It’s about the party, and it’s mostly a process issue. The state committee and state convention are supposed to govern the party but the members — even elected members of the House –aren’t allowed to discuss and debate the issues at hand, they simply serve as a rubber stamp to Chairman [Ray] Buckley.”

Last month, Read quietly changed her status in the House from Democrat to independent in response to what she said were ethics and integrity issues in House leadership. In particular, she called out fellow Democrat Rep. Cathryn Harvey of Spofford for pushing legislation as part of her personal ambition to serve on the state’s Fish and Game Commission. Harvey also stole a stack of hunting magazines from the lobby of a Fish and Game office last month because she objected to content making fun of Democrats.

Harvey, whose self-promoting legislation was voted down by the House earlier this month, 320-31, tried to have Read kicked off the Fish and Game Committee but was foiled when Read changed her party affiliation and Republican leadership declined Harvey’s request.

Labranche says he is aware of what likely lies ahead for him as well.

“I know there will be some backlash. I saw what happened to Ellen [Rep. Read], how some members of the caucus treated her. But I don’t think it will be as bad for me.”

Read admits it has not been easy.

“On the first day of session after becoming an independent,  I was feeling pretty alone, but I was also resolute in not giving up ground,” Read told NHJournal. “I went in and was promptly met with several cold shoulders. I politely requested a caucus guide sheet from the Democratic staff, and I was denied.

“Although I sat on the edge of the Democratic section nearest Republicans as I had been already instructed to do, I was informed that I was too close to the front and that the speaker’s staff, at the request of the Democratic Party, had reserved a special, single seat for me, which I affectionately called the DMZ.

“I asked leadership to arrange a meeting with me, but two weeks later I still have not heard back.”

That lack of respect, Labranche said, is another reason he is making a change. Partisanship has become too important. It’s getting in the way of governing.

“Another reason for me? The two-party system is broken. I mean, I’m the youngest legislator in the House, and I’m looking at what’s going on and thinking, ‘How is this the way our state is run? It makes no sense to it at all.’ To fix it, people need more choices.

“Just seeing how polarized the U.S. and New Hampshire have become is sad. We should be united as Americans and Granite Staters.”