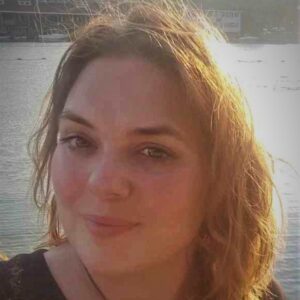 NH House Dems In Disarray As Members Flip, Flee Amid Allegations of Corruption

One Democratic member of the New Hampshire House of Representatives has abandoned the party, and another — a member of the state party’s political leadership — has resigned his seat as turmoil spreads through the caucus, sources tell NHJournal.

Rep. Denny Ruprecht (D-Landaff) quietly resigned from both the House and his job as Deputy Political Director of the New Hampshire Democratic Party on December 17. Ruprecht declined to respond to requests for comment.

Rep. Ellen Read of Newmarket is staying in the House, but she’s now serving as an independent, or unaffiliated, member. She tells NHJournal her decision was in response to pressure from a “corrupt” member of her party who has been the subject of complaints from both sides of the aisle.

Add those moves to the unexpected death of Rep. Barbara Shaw (D-Manchester) and the current makeup of the House is 207 Republicans, 185 Democrats, and Rep. Read as the lone independent.

The moves come amid ongoing infighting within the Democratic caucus between frustrated progressives and traditional liberals over the future of the caucuses leadership. Health issues have largely sidelined Rep. Renny Cushing (D-Hampton). Democratic sources tell NHJournal, and Deputy House Democratic Leader Rep. David Cote (D-Nashua) is largely a no-show at any in-person event as well. Some Democrats are pushing for former Speaker of the House Steve Shurtleff to serve as leader in the short term, but progressive members are adamant the next leader be one of their own.

Rep. Read’s departure, and her accusation of corruption, are exposing the lack of leadership in the caucus, sources say.

For her part, Read says she’s a progressive, and Citizens Count data show she votes with the Democratic Party 98 percent of the time, higher than the party average (94 percent).

Read is leaving the Democratic Party over what she says is “corruption” by a senior member, who allegedly wanted to pass legislation that would make it easier for this member to be considered for the position of Fish and Game Commission.

Read declined to name the member, but multiple sources have confirmed it’s Rep. Cathryn Harvey of Spofford. She is the ranking Democrat on the Fish and Game Committee where Read serves as Clerk.

“I believe my number one issue is integrity,” Read told NHJournal. “I call out corruption wherever I see it. Whether it happens to be someone with the same letter [behind their name] as me or not.

“For a couple of years now, I’ve been making complaints — along with some other representatives and along with some [Fish and Game] Department members about a particular Democrat who has behaved extremely unethically. This person attempted to remove me from [the Fish and Game] Committee,” Read said.

“And so in order to prevent from being removed, I switched to independent.”

Rep. Harvey declined to respond to repeated requests for comment.

Rep. Timothy Lang (R-Sanbornton), chairman of the Fish and Game Committee, as well as sources close to Speaker Sherman Packard, confirmed Rep. Harvey made the request to have Read removed.

“I haven’t had a problem working with either of the two members,” Lang told NHJournal. “I made Rep. Read my clerk. They’ve both been professional around me.”

Away from the committee, however, sources say the animosity was out in the open, including at least one altercation that became so heated House security became involved.

Losing one member out of 186 is hardly a crisis for the Democratic Party. What sources in both parties say is Democratic members were frustrated their leadership couldn’t intervene and prevent the situation from blowing up. Several members also mentioned the recent brouhaha over Rep. Maria Perez’s repeated anti-semitic comments which, some progressives said, was mishandled by their party’s leadership.

The result was the odd, context-free release of a joint statement by Speaker Packard and Minority Leader Cushing on December 2 condemning antisemitism by House members of both parties. It was another lack of leadership, critics say.

“We have a lack of leadership and it’s obvious, but nothing is happening,” one frustrated House Democrat told NHJournal. “Nobody wants to say anything. There’s loyalty to [Rep. Cushing], but Republicans are about to re-draw the maps and we can’t get our caucus united.”

Rep. Joe Sweeney (R-Salem), who also serves as executive director of the New Hampshire GOP, says “Democrats are in disarray.”

Republicans have had their own issues. Rep. William Marsh of Wolfeboro switched to the Democratic Party over the House GOP’s handling of issues related to COVID-19 and health policy. And Rep. Ken Weyler was forced out of his position as Finance Committee chairman after spreading bizarre conspiracy theories about COVID-19 vaccines and a Papist plot for world domination.

But the House GOP leadership was also able to navigate a conservative budget through the legislature despite having one of the most narrow majorities in recent years. And they’ve held together through the re-districting process as well.

Meanwhile, Rep. Read continues to speak out about what she says is an integrity problem in her party.

“I told House Democratic leadership that as long as the Democratic Party didn’t have integrity, I would not associate with them. And if they ever felt differently that they should call me.

“I still have not gotten that call,” Read said.