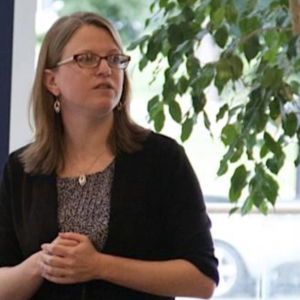 On Tuesday, 10 of the 17 members of the Governor’s Advisory Council on Diversity & Inclusion submitted their resignation in protest over anti-discrimination language in the state budget signed by Gov. Chris Sununu.

“You signed into law a provision that aims to censor conversations essential to advancing equity and inclusion in our state, specifically for those within our public education systems, and all state employees,” the letter reads in part. “Given your willingness to sign this damaging provision and make it law, we are no longer able to serve as your advisors.”

The letter, posted on the ACLU of New Hampshire website, was announced with a tweet from the left-leaning organization:

“Today, we joined more than half of the members of the Governor’s Advisory Council on Diversity & Inclusion and submitted our resignation to Governor Sununu. His signing of the ‘divisive concepts’ language makes clear we must continue this critical work separate from the Council.”

The phrase “divisive concepts” doesn’t appear anywhere in the budget.

The ACLU-NH’s executive director Devon Chaffee was one of the signatories.

Sununu responded to the announcement by noting the council “has been going through a transition period for the better part of a year, through COVID and the passing of the former Chair, my good friend, Rogers Johnson,” and that some members had indicated they were “already planning to move on.”

“It is unfortunate that the ACLU has tried to insert politics into an otherwise fruitful mission in addressing many issues of race and discrimination in our state,” Sununu added. “These politically-charged actions will not deter the Council from advancing the good work they’ve accomplished and help move forward New Hampshire’s efforts around messaging, training programs and diversity in the workplace.”

Rep. Jim Maggiore (D-North Hampton) told NHJournal he resigned because the anti-discrimination law now in place is at cross purposes with the council’s mission.

“With the governor’s support of divisive concepts — the threat to civil liberties, the threat to freedom of speech, to education — I don’t see how we can meet our charge to recognize diversity and the challenges to diversity that still exist. We stand at loggerheads.”

What remains unclear, however, is how the new law “conflicts with the stated purpose of the Council laid out in your 2018 Executive Order instructing us to identify ways to ‘combat discrimination and advance diversity and inclusion,'” as the ACLU-NH claims.

The text of the anti-discrimination legislation can be found here. It says government contractors can’t discriminate against people — school children in particular — by labeling them as  “inherently racist, sexist, or oppressive” or “inherently superior or inferior” because of their sex, race, creed, color, etc. It also bans treating people unequally on the same basis.

According to Senate Minority Leader Donna Soucy (D-Concord), this “prevents us from having important discussions about the history of our country.” But how? Is declaring one race inferior or superior or inherently racist or oppressive necessary?

The new law does say, however, “nothing in this section shall be construed to prohibit discussing, as part of a larger course of academic instruction, the historical existence of ideas and subjects identified in this section.”

So what part of the new law would prevent “the advancement of inclusion” or “having important discussions about history.”

NHJournal asked Sen. Soucy, Rep. Maggiore, and the ACLU-NH to identify the specific part of the law to which they were referring.

Maggiore said “the new language for RSA 354-A and RSA 193:40 about prohibiting the discussion of, among other things, systemic racism creates the conflict for educators and employers. State agencies and K-12 schools really can’t discuss implicit bias.”

Neither the phrase “systemic racism” nor “implicit bias” appear in the new budget.

In addition, the new law states: “Nothing in this subdivision shall be construed to prohibit racial, sexual, religious, or other workplace sensitivity training based on the inherent humanity and equality of all persons and the ideal that all persons are entitled to be treated with equality, dignity, and respect.”

So, where is the conflict?

Advocates for Critical Race Theory argue that labeling white people racist or part of the ongoing “systemic racism” from White America is key to achieving social justice. Training materials and recommended reading from the Manchester school system, the Laconia school system, and others explicitly declare all while people part of “white supremacy” in America, regardless of any individual actions or beliefs.

If the ACLU — which has endorsed the #DefundThePolice movement and supports racially segregated public spaces — wants teachers to follow CRT theory and treat White students differently from other students in pursuit of equity, that would in fact violate the new law.

Ahni Malachi, Chair of the Governor’s Advisory Council on Diversity and Inclusion, and Executive Director of the New Hampshire Commission for Human Rights calls the ACLU-NH’s claims about the new language “misinformation.”

“The new language placed as a budget amendment does not place a limit on the important discussions to be had across the state, and this new language took out the phrase ‘divisive concepts’ as it worked its way through the legislative process,” she said in a statement.

“There are important conversations needed to be had to enhance our understanding of each other, from a cultural and ethnic perspective. This is important work that has been championed by the Governor and the Governor’s Advisory Council on Diversity and Inclusion and it saddens me that Council members feel so strongly as to relinquish their seats at the table of discussion and ideas.

“I will be meeting with Attorney General John Formella and the Department of Justice to discuss the development of guidance for state agencies and others that makes clear that this legislation will not prohibit necessary conversations and advocacy on issues related to diversity and inclusion.”

The people who signed the letter of resignation are: