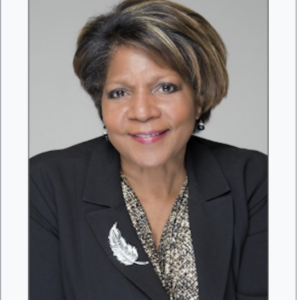 Will NHDems Hold a ‘Pirate Primary’ for POTUS in ’24?

WMUR’s Adam Sexton offered an overview of the current status of New Hampshire’s presidential primary and the swirl of reports the Democratic National Committee may strip the Granite State of its FITN status.

A decision is expected when the DNC’s Rules and Bylaws Committee meets later this week. The working theory among many observers is that the Iowa caucus is certain to be cast aside and New Hampshire is unlikely to escape unscathed.

The problem, Sexton noted, is New Hampshire’s state law that mandates the Granite State go first. As a result, “the choice for the DNC is this: Do you give New Hampshire a bootleg, pirate primary that will swashbuckle in and wreak havoc on a newly curated calendar?” asked Sexton. “Or do you satisfy calls for reform by bidding farewell to the Iowa caucus and making New Hampshire, not just #FITN, but the first overall contest?”

But would Granite State Democrats hold a “pirate primary” if it hurt the political prospects of their party’s ultimate nominee? And would a partisan Democrat secretary of state side with the Granite State, or with the national party’s interests?

Former state Sen. Melanie Levesque (D-Brookline) has announced her plan to challenge current Secretary of State David Scanlan for the job. Levesque has served in the legislature and built a record as an aggressive partisan who embraced policies from her party’s progressive wing. Her Wikipedia page listed her as a “senior advisor” to the New Hampshire Democratic Party until NHJournal reported her status earlier this month. Her Wikipedia page has since been changed.

And Levesque is a local representative of a far-left national organization that promotes online voter registration, no-ID voting, and unlimited mail-in ballots.

“Even compared to other Democrats, she stands out as being very hardcore for her party,” said state Sen. Regina Birdsell (R-Hampstead), who served with Levesque on the Senate Election Law and Municipal Affairs Committee.

Scanlan, on the other hand, has few partisan bona fides. While he was a Republican state representative in the 1980s and ’90s, since 2002 he served as deputy to Democratic Secretary of State Bill Gardner. Gardner is legendary for his aggressive defense of the FITN primary, not his partisanship. Scanlan took over when Gardner retired earlier this year.

Democrats have spent the past two weeks targeting Scanlan as he has overseen 31 recounts in the wake of the midterm elections. In addition to suing him in a failed attempt to prevent him from recounting all the ballots in a Manchester House race, Democrats pushed conspiracy theories and suggested his oversight could not be trusted.

When Scanlan discovered evidence a stack of votes had been missed in the Manchester Ward Six recount, state Democratic Party chair Ray Buckley called Scanlan’s claim “a rumor” and compared it to comments from “Election Denier Trump.”

After the recount confirmed Scanlan’s concerns, Democrats attacked him again.

“Four counts and four different numbers of ballots counted,” said state Democratic Party spokesman Colin Booth. “The more times these ballots are counted the greater doubt is placed on the secretary of state and his process.”

Which is why many New Hampshire Republicans see the Democrats’ aggressive recount strategy as an attempt to damage Scanlan as much as it was an effort to overturn GOP election victories. With the legislature so closely split, it would only take a handful of Republicans to join Democrats and put Levesque in charge of the state’s election system.

Scanlan and the state GOP are staunch defenders of the FITN primary. Granite State Democrats, however, are less committed to the cause. Multiple polls have found support for the state’s primary status fading among Democratic voters. In 2019, 61 percent of New Hampshire Democrats told the University of New Hampshire Survey Center they strongly or somewhat supported the law mandating the state’s primary be held at least one week before a similar contest. By July 2022, that number was down to 45 percent. It was yet another sign of the weak support the primary has among Democrats, including elected officials, in the face of accusations the state’s voters are “too white.”

Levesque declined to respond to repeated requests for comment, but she has publicly defended the FITN in the past. During the 2020 presidential primary Levesque, who supported Joe Biden, argued New Hampshire was a racially diverse state adding, “You just have to be where the diversity is.”

At the same time, she was an outspoken supporter of federal legislation backed by Sens. Jeanne Shaheen and Maggie Hassan that would override state laws on policies like early voting, late ballots, and voter ID mandates. According to Gardner, that federal legislation would put the FITN at risk by giving the federal government the power to set rules for state elections.

In this climate, would New Hampshire Democrats still insist on holding a “pirate primary” in 2024 if the DNC changes the calendar? Would they buck the Biden White House — which is directly involved in the decision — and host his potential challengers at the risk of losing delegates to the national convention?

As Democratic strategist Ed Kilgore wrote, “If Biden has to fight for renomination, how he performed in particular states in 2020 may have some influence on a loyal DNC deciding where he has to run in 2024. That might really doom Iowa, if it’s not already doomed, given Biden’s fourth-place finish there in 2020. And Biden finished fifth in New Hampshire. The DNC likely wouldn’t want to give calendar privileges to the home state of a potential rival.”

Attorney Richard Lehmann, who represented the state GOP during the recent recounts, said state law will protect the primary, regardless of the views of any political party or elected secretary of state.

“The law is clear,” Lehmann said. “‘The presidential primary election shall be held on the second Tuesday in March or on a date selected by the secretary of state which is 7 days or more immediately preceding the date on which any other state shall hold a similar election, whichever is earlier.’ The question to ask Melanie Levesque is what her strategy would be to uphold that law and protect the primary.”