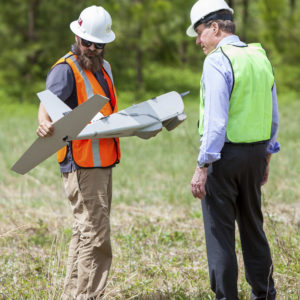 Most U.S. States (27) have Right to Work laws, and that includes a growing number in the industrial Midwest. Indiana, Michigan and Wisconsin have them, and every state bordering Ohio, save Pennsylvania, has one.

As Right to Work laws have spread North and West in recent decades, they have hit a hard wall in the Northeast. Were New Hampshire to become a Right to Work state, it would not only be the first in New England, but the first on the East Coast above West Virginia.

With such high stakes, it’s not surprising that facts often have been lost amid all the heated rhetoric. So it’s important to start by understanding exactly what these laws do.

Right to Work laws simply require an employee’s consent before an employer can redirect any portion of the employee’s pay to a labor union as dues, fees or other charges.

Senate Bill 61, currently being considered in the Legislature, puts it this way:

“It shall be unlawful for any employer to deduct from the wages, earnings, or compensation of any employee any dues, fees, assessments, or other charges, to be held for, transferred to, or paid over to a labor organization, unless the employee has first presented, and the employer has received, a signed written authorization of such deductions, which authorization may be revoked by the employee at any time by giving written notice of such revocation 30 days in advance of its effective date.”

The core issue is individual employee rights. These laws do not prohibit collective bargaining, ban union organizing, or in any way prevent employees from unionizing or employers from signing union contracts. All they do is prevent such contracts from compelling non-members to contribute financially to unions.

But this primary purpose of Right to Work laws — the protection of individual freedom — tends to get lost in the political debate as the focus shifts to the economic effects.

There is a wide variation in the quality of research on Right to Work laws, and therefore there is some confusion about what they show. Simplistic sloganeering often gets in the way of a clear look at quality data.

For example, opponents shout that Right to Work means “the right to work for less,” and they present charts that show lower average wages in Right to Work states. But of course, Right to Work laws for many years were primarily concentrated in Southern states with a much lower cost of living than the Northern states that did not have such laws. Simply controlling for cost of living and education levels erases much or all of that gap.

Furthermore, such simplistic attacks divert policymakers’ attention so that they don’t spend time looking at the long-term effects of Right to Work laws on the economy as a whole. There, the research is much stronger — and much more favorable to proponents.

This is generally consistent with a large body of research on Right to Work laws. Studies tend to find that Right to Work laws are associated over time with large gains in both employment and Gross Domestic Product.

After the right to free association, that positive effect on the economy overall is where policymakers ought to be focused.

By Michael Graham on April 18, 2021
At a vigil Saturday night in response to the police shooting death of 20-year-old Daunte…
Read More
News