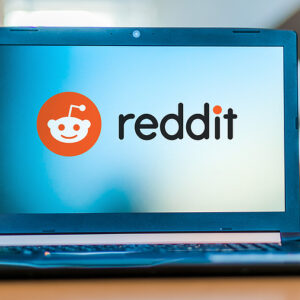 Crony capitalism. A system controlled by the elites. A ‘rigged game.’  Call it what you will.  But what started out last week as an interesting investment initiative by a group of amateur investors turned into one of those odd moments that occurs once in a generation – when David meets Goliath, and David largely wins!  Populism finally arrived on Wall Street.  And, in my judgment, having watched these inside players for many years, this was a breath of fresh air.

Even the most passive observer of the news could not have missed what happened these previous weeks when a bunch of 20 and 30 somethings with nothing to lose used the free markets to their advantage and flipped the tables on the big Wall Street firms. Retail investors, powered by no/low fee trading platforms discovered that the big hedge funds had overextended themselves and shorted GameStop, a company that offers a retail outlet for video games and everything that goes with them. A business that has largely been supplanted by the internet and appeared to be headed towards bankruptcy. But these investors saw opportunity in more than one way.

The first of which was more emotional or moral depending on how you want to look at it. GameStop is a company that many of these investors visited when they were children. It produced many fond memories for them and simply put, they did not like Wall Street billionaires bullying a company that they loved. They didn’t like the concept of a cold-hearted hedge fund putting the company and the people that work for it out of business.

The second motive was more profit driven but was the driving force behind the ultimate impact. Seeing that many of these large funds had overextended their short sells, promising to sell shares they did not actually own, the potential to create a short squeeze (where there are more shares promised to be bought than actually are available) could create a highway to extraordinary profits, or as they refer to it, ‘going to the moon.’ It also created an opportunity to put hedge fund billionaires in a position they were not accustomed to, limitless exposure.

The retail investors’ strategy worked, draining the hedge funds of over $20 billion in a week. A major blow to the investment class’s ego, not to mention their portfolios. Their response to losing was less than graceful or magnanimous. Instead, they took to traditional media outlets to decry market manipulation. These are the same people who have gone on CNBC to brag about their positions and try to get others to buy into them. They were upset that the average person was having these conversations on public forums they could not control and, in essence, doing what they had been doing for decades.

Perhaps the most stunning of all was the hedge funds’ calls to regulate this behavior. The same people who decry regulation of the free markets when it benefits them are now begging to be regulated. I have often said, big business loves big government and that’s exactly what we saw. Retail investors are already handicapped by FINRA regulations that limit their ability to move in and out of positions based on their account size. But that was not enough.  The big players were genuinely angry that someone other than them had been able to money and they were out for blood. They moved to limit the buying of the underlying assets that had propelled the retail investors’ success, but left them with the ability to sell, which would benefit their shorts.

In the end, what we saw over the last few weeks was crony capitalism on full display. When the little guy strikes back, the powerful will attempt to leverage the government and any other tool they have to stop it. Unfortunately for them, the retail investors have been able to hold strong, and have taken big profits in the meantime, proving that David can beat Goliath. And, now unleashed, the little guys have discovered that they really can disrupt the insiders’ game.  No doubt the march will continue to even out the playing field.  And, this is a good thing.