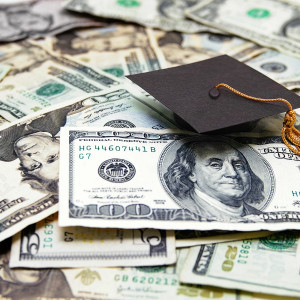 Posted to Education May 02, 2021 by Michael Graham

The Concord Monitor headline was hard to miss: “N.H. Ranks Dead Last In the Nation for State Education Funding.”

The article is based on a report issued by the nation’s largest teachers union, the National Education Association (NEA). The Monitor wrote:

And it’s true New Hampshire relies less on state funding than local sources. But critics of the NEA report and the media coverage it inspired note the key numbers that are missing or overlooked: How much Granite Staters are actually spending on educating children, and how well that education is working.

“The headline is misleading and fails to recognize that New Hampshire spends close to $20,000 of taxpayer funds per student per year, and ranks as one of the top education systems in the country,” says Education Commissioner Frank Edelblut.

In its executive summary, the NEA writes: “Public education in the United States is a joint enterprise between local, state, and federal governments. Yet, progress in improving public education stems primarily from the efforts of state education agencies, local districts, and individual schools.”

In New Hampshire, it’s those “local districts” where most of the action happens. That’s where the revenues are raised and spent, and where decisions about how to run the schools are made — like whether to have remote, hybrid or in-person learning during the pandemic, for example.

While it’s true the state spends an average of around $4,600 per pupil, total spending according to the NEA report is $18,373 per pupil — up more than 5 percent just in the past year. That’s the eighth-highest in the country. (The national average is $14,243.)

And according to data from the state Department of Education, the average spending per pupil including all expenditures – operating, tuition, transportation, equipment, construction, interest, and non-K-12 spending — is nearly $20,000.

How much bang for the buck is New Hampshire getting for all that spending? A lot more than New York or Washington, D.C. Unlike those school systems, which spend even more per pupil than the Granite State, New Hampshire students rank above average in both math and reading in National Assessment of Educational Progress test scores.

“If having most education funding come from the state rather than the local government were a good measure of quality education, then New Hampshire would be at the bottom of national rankings on student performance, and Vermont would be at the top. Instead, New Hampshire is in the top 10, and Vermont is below average,” says Andrew Cline, chairman of the state Board of Education.

Teachers unions like the NEA and American Federation for Teachers (AFT) have lost standing with the American public during the COVID-19 pandemic.  In New Hampshire, the head of the state NEA was caught on tape lying about her union’s position on teachers returning to in-class instruction. Nationally, the New York Post uncovered emails showing the AFT strong-arming the CDC into changing its guidance on reopening classrooms, making it more difficult for local communities to get students back into schools.

Meanwhile, support for alternatives to traditional public schools like vouchers and education savings accounts has soared. And in New Hampshire, the NEA reports, parents were more likely than the national average to pull children out of public schools during the COVID-19 lockdown.

Opponents of the Education Freedom Accounts (EFA) currently under consideration by the New Hampshire legislature say allowing state money to follow students to the education provider of their choice — private or public — will starve schools of cash. But since the schools will almost certainly receive the same local funding for fewer students, EFAs could actually drive per-pupil spending higher.

If this sounds counterintuitive, remember New Hampshire has been losing students for at least a decade, down about 30,000 since 2010. And yet school spending has continued to rise.

Many Democrats have been pushing for a new state funding formula to increase the state’s share of spending in the name of equity. “For nearly 30 years, the State of New Hampshire has ignored the spirit of the original Claremont funding decision. As a result, it has shifted its responsibility to local communities, creating funding inequities across the state,” ConVal superintendent Kimberly Rizzo Saunders told the Monitor.

“The legislature tried for years to level the playing field by giving property-poor towns larger education grants than it gave to rich towns. The Claremont ruling made this illegal. Because Claremont demands that all towns receive the same amount of state funding — but does not forbid local funding — it by definition prevents the state from ever achieving the equitable education funding its proponents claim to want.”