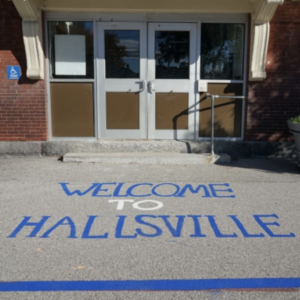 “This is not a sustainable way to fund a school district,” said Jim O’Connell, an at-large member of the board. “It hasn’t been sustainable in a long time.”

The budget, approved this week and heading to the city’s Board of Aldermen for approval, contains about $7 million in cuts needed to bring it in under the tax cap, including $5 million for teachers and staff.

Superintendent John Goldhardt recently told the Union Leader part of the pressure on the district comes from rising teacher pensions pushed down from the state onto the district and a steadily declining enrollment.

Manchester found itself losing out on $5 million in funding associated with enrollment, while at the same time, Manchester had to find $2.6 million more to cover the teacher pensions, as the state continues to push down unfounded costs on school districts and municipalities, he said.

O’Connell voted against the budget as it does not address the real needs of the students and families in the district, and his counterpart, At-Large Board Member Joe Lachance, voted for it despite wanting to see better fiscal management. Lachance agrees with O’Connell that the district can’t keep operating in the same way given the economics and the loss of the student population.

“We cannot support the same amount of students that we used to pay for,” Lachance said. “The economics just don’t add up.”

According to state data, Manchester along with the rest of New Hampshire has been losing students for at least a decade. In 2010, there were 194,022 students in school in the state, from kindergarten through high school. In 2020, that’s dropped to 167,836 from preschool to high school.

Statewide, average spending per pupil including all expenditures – operating, tuition, transportation, equipment, construction, interest and non-K-12 spending has risen from around $15,600 to nearly $20,000.

Manchester is closing the Hallsville elementary school at the end of this year, citing low enrollment and the high costs of keeping the building first constructed in 1891. In 2010, Hallsville had 331 students compared to the 238 today.

O’Connell said Manchester is looking at $150 million in needed repairs to the facilities, representing decades of neglect from prior school boards. But the budget allocates $3 million for needed maintenance and repairs.

“At what point is Manchester going to spend what it needs,” O’Connell asked.

For O’Connell, the low per-pupil spending is tied to the drop in enrollment. Hooksett, Bedford, and Candia all left the district, and O’Connell said many Manchester families are opting out by sending their children to charter schools, private schools, and homeschooling.

“We have Manchester school children attending school in strip malls and former industrial sites,” O’Connell said. “You can’t divorce that we have a declining enrollment from us having one of the lowest per-pupil students in the states.”

Lachance said he thinks the district needs to fundamentally restructure through more consolidation and school choice. He thinks the city ought to look at closing more schools, while letting parents make more decisions about where to send their children.

“We need to cut expenses and spend more money on the students,” he said.

O’Connell said the district’s spending does meet student needs in a diverse city with many families struggling to make ends meet. At some point there will need to be a reckoning, he said. O’Connell sees that reckoning coming in the way the state funds education.