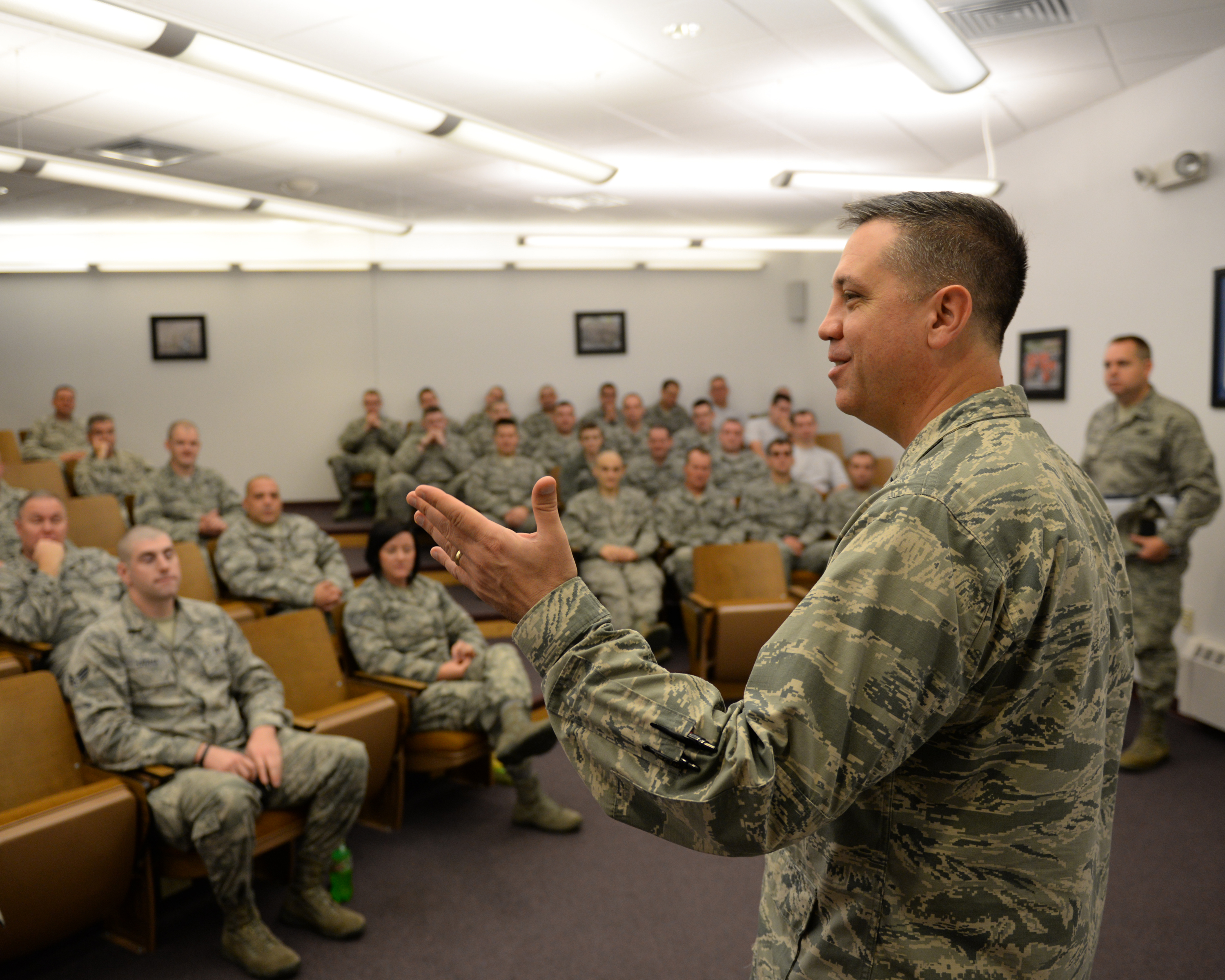 The New Hampshire Air National Guard at Pease is under pressure to end prayer and readings from the Bible by a chaplain during their ceremonies, but a spokesman for the military base said they plan on continuing the tradition anyway.

Last month, the Freedom from Religion Foundation (FFRF), a Wisconsin-based group, sent a letter to the leadership of the N.H. Air National Guard after “a concerned guardsman” contacted the organization to tell them that ceremonies at Pease International Tradeport led by a chaplain regularly include prayer.

However, the First Liberty Institute, a religious liberties legal group in Texas, is pushing back against the effort to end those activities, sending their own letter to the base on Tuesday.

Greg Heilshorn, spokesman for the New Hampshire National Guard, which includes the Air National Guard and Army National Guard, confirmed to NH Journal on Thursday that they received the letters from the organizations, but do not plan to respond to them.

“We don’t plan on responding to the FFRF,” he said. “We haven’t had any formal complaints from our airmen internally regarding any concerns with prayers being said at various ceremonies. We will continue as we’ve done before. It’s our tradition. We believe our chaplains…[are a] vital part of our organization.”

Sam Grover, staff attorney for FFRF, said he is “disappointed” that the N.H. National Guard refuses to respond to their complaint.

“Now that the base has been made aware that there are guardsmen who object to this practice, it is all the more important that they take this issue seriously,” Grover told NH Journal in an interview. “I hope they would take a complaint letter from FFRF just as seriously as any formal compliant internally. We will absolutely get back in touch with the complainant and review other options. We will see what other legal remedies we can pursue.”

The FFRF letter sent in February was to ensure that the military base is respecting the separation of church and state by not forcing active duty members or veterans from participating in prayers and Bible readings that mention the Christian God. The group claims that prayer and readings from the Bible in this capacity are unconstitutional and go against the Establishment Clause in First Amendment of the U.S. Constitution that prohibits the establishment of religion from the federal government.

“Calling upon soldiers, their families, and other guests to pray is coercive and beyond the scope of a government entity like the Air National Guard. All military members are free to pray privately or to worship on their own time, in their own way. They do not need their employer to dictate prayers for them. It is also simply insensitive for a government employer to inflict prayer on employees regardless of their personal beliefs.”

“Christian prayers delivered at an official military event violate the Constitution’s mandate of government neutrality between religious beliefs,” the letter continued. “Any prayer — including non-denominational prayer — violates the required neutrality between religion and nonreligion. By imposing prayer on its guardsmen at mandatory events, the Air National Guard is violating the constitutional limits on government religious endorsement.”

First Liberty is arguing that chaplains have every right to say prayers and read from the Bible, calling FFRF’s letter erroneous.

Heilshorn said prayer is a “traditional part” of their ceremonies — whether they’re deployment, retirement, or promotion ceremonies — but he would classify them as nondenominational.

“Typically they’ll [chaplains] offer a prayer in the beginning [of a ceremony] and then a closing prayer at the end of the ceremony,” he told NH Journal. “There is no forced message in them. Typically it’s open to all religions. If you do not subscribe to a specific religion, you are free to not participate, whether you bow your head or not, or just prefer to stand in formation.”

The fact that the guardsmen are forced to stand in formation while listening to a religious message is “government coercion,” Grover said.

“Military institutions are inherently coercive,” he said. “In the chain of command a subordinate officer must respond to what his or her superior is asking without questions. Guardsmen at this base are expected to follow orders and those order often include attending invocations with prayer. It is absolutely incumbent upon a government employer to allow its employees to do their jobs free from proselytization. That is currently not happening at Pease and that needs to change.”

Heilshorn said he attended many ceremonies as a public affairs officer, but he’s never heard of chaplains quoting the Bible during invocations. He then backtracked to say that they “might quote some of the more iconic or well-known verses about going into combat or going into war, but nothing at length or in depth.”

“If they are quoting something out of Scripture, they’re typically all inclusive and thematic, whether it’s of love or support or courage or hope,” he said.

Regardless if the chaplain’s prayer has a universal theme, they could still use the opportunity to push their own beliefs, Grover said.

“Religious promotion in the military is a rampant problem,” he said. “There are many situations where chaplains try to indoctrinate service members. A lot of high ranking officers are themselves religious so they don’t see the problem. But if a chaplain is choosing to also promote their personal religious beliefs, then they’ve crossed the line.”

Heilshorn reiterated the chaplain’s role in providing spiritual guidance before guardsmen are deployed and being a resource for their families.

First Liberty wrote their letter on behalf of the Chaplain Alliance for Religious Liberty, an organization that touts more than 30 ecclesiastical endorsing agencies and 2,600 military chaplains. Berry pointed to the Religious Freedom Restoration Act (RFRA) and the National Defense Authorization Act that forbids the federal government “from substantially burdening a person’s religious exercise absent a demonstrated compelling government interest that is achieved by the least restrictive means.”

Unless it impacts “military readiness, unit cohesion, or good order and discipline, the DoD [Department of Defense] must accommodate individual expressions of religious belief, which undoubtedly include a military chaplain’s invocation,” Berry wrote.

First Liberty also noted the 1997 federal court ruling of Rigdon v. Perry, which ruled in favor of a Catholic priest and Orthodox Jewish rabbi, both military chaplains, who wanted to speak about banning partial-birth abortion, despite a military ban on preaching on pending federal legislation. The court determined that the military could not ban chaplains from following the instructions of their religious leaders.

“In Rigdon v. Perry, a federal court explained that when military chaplains are acting in a religious capacity — such as when conducting a sermon or offering an invocation — they are not acting under color of military authority, and ‘it is wholly appropriate for them to advance their religious beliefs in that context,’” Berry wrote in the letter. “Thus, when military chaplains engage in religious conduct, their conduct is protected under the First Amendment to the Constitution.”

Grover argues that court case doesn’t apply to the situation at Pease.