HEATH: Biden Will Kiss the Saudi Ring Rather than Meet With U.S. Oil Producers 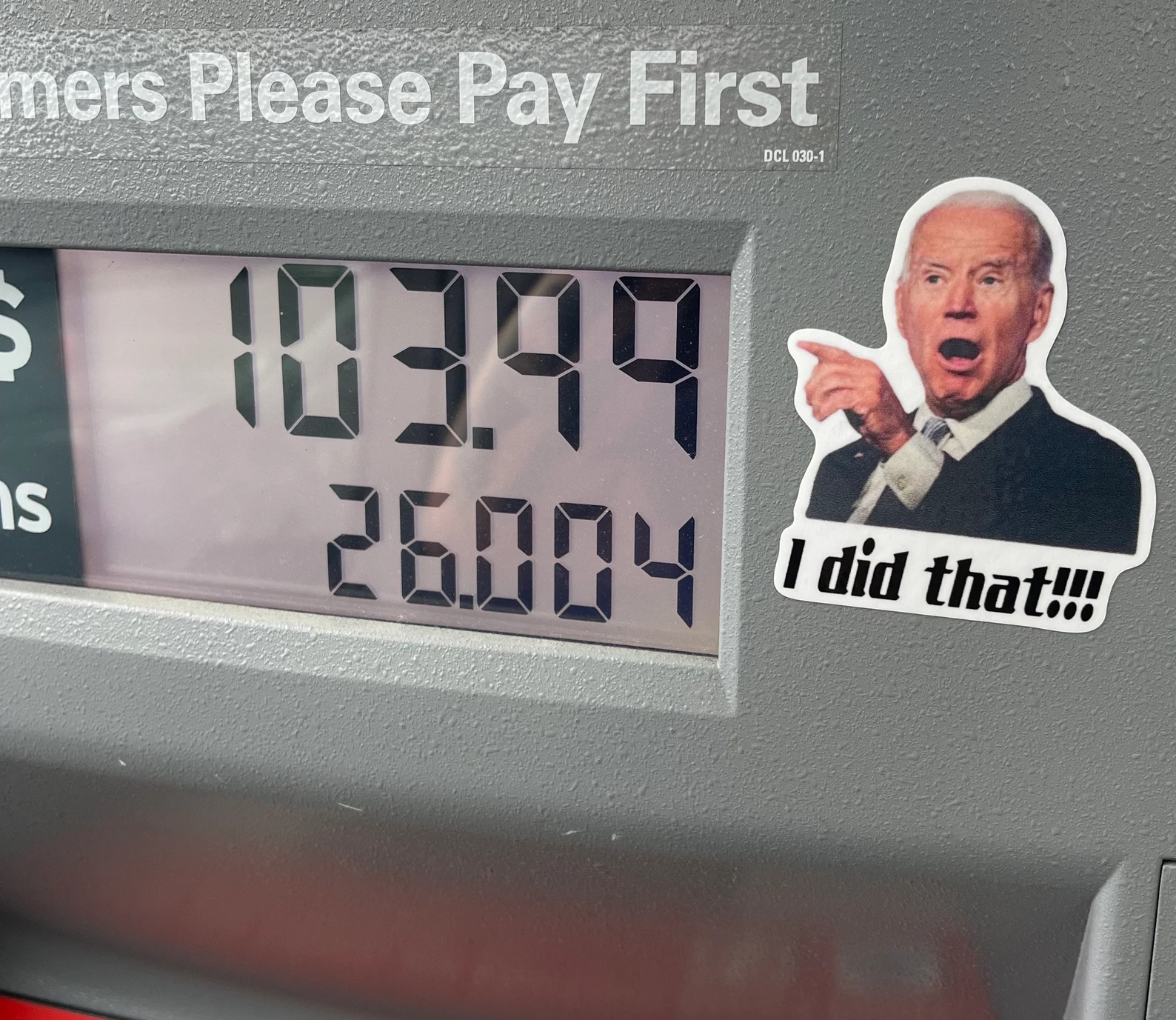 From a political standpoint, the issue of gas prices is different. It just is.

Issues like abortion or the baby formula crisis are important. But when gas prices go to $5 a gallon and head toward $6 a gallon, it impacts every one of us, directly or indirectly. It doesn’t matter what kind of vehicle you drive or how much driving you do, because gas prices make inflation worse.

And when you go to pay, and you don’t have enough money to put gas in your vehicle to drive the kids around or go grocery shopping, it makes everything worse. But Washington just doesn’t get it.

If that’s the case, if the Big Oil companies really do have the power to solve this problem, why isn’t this White House sitting down with them? Even if they don’t like the oil companies politically, why don’t they sit down and say, ‘We need more oil and gas, we need more production, what can we do to get it done?”

Instead, the Biden administration is going to crawl to Saudi Arabia to beg them to produce more oil for us. I have to say, having the president go to the Saudis is probably not in our best national security interest.

In fact, I’ll go a step further. It’s un-American. I’m embarrassed that the President of these United States is going to Saudi Arabia to kiss the ring of the kingdom so we can get more oil.

I’m not saying we haven’t taken their oil b before. I’m not saying it’s not part of the mix. I’m saying the same president of the United States could spend less money on Air Force One and, instead of the Middle East, he could go to Western Pennsylvania or Colorado or North Dakota and speak with the CEOs of the companies that produce oil and gas here.

Why isn’t the White House doing that? It’s a simple question: ‘Mr. President, why don’t you go to the producers of the oil and gas here in America to get more production? Why are you going over to Saudi Arabia to kiss the ring?’ And I’d like an honest answer.

And since he hasn’t provided one, I’ve got my own answer: It’s because members of his own White House, like his climate czar John Kerry, have him tied up. They’ve cut a deal with the extreme progressives in his own party, and now American consumers are getting screwed over politics. And the politics of this White House are basically that the oil and gas producers of America are the enemy. And we don’t want any of their products anymore.

President Biden can act like they’re the enemy, but for consumers paying these high gas prices, they could be our friends.

And the fact that he won’t go to them, but he will go to Saudi Arabia — and that nobody in the national media will ask him about it — is a blanking shame.

It’s an insult to my intelligence, and I assume to yours, too. 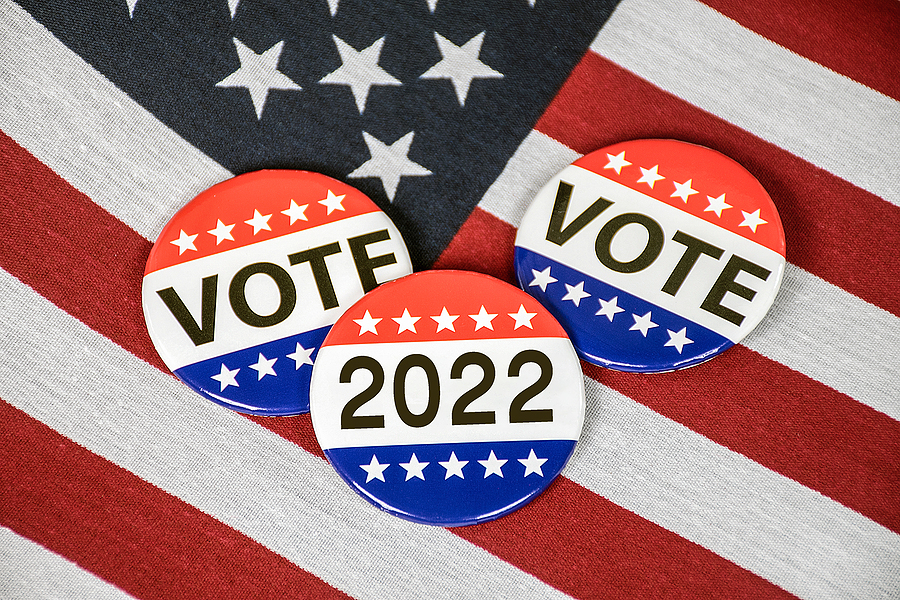 For months, Gov. Chris Sununu kept the NHGOP frozen in place as it awaited what many had thought was his certain decision to enter the 2022 U.S. Senate race. Instead, he announced he will seek a fourth term as governor, which sent Granite State Republicans scrambling.

For the first few days, the rumor mill revolved around the “usual suspects” of potential Senate candidates, namely a trio of former U.S. senators. But Kelly Ayotte, Scott Brown, and Judd Gregg all said they’re not entering the race.

Now a new list is emerging — one that is almost certain to grow in the coming days — of potential Republican candidates. NHJournal asked 10 Republican strategists, officeholders, and activists to give their impressions by ranking the possible candidates in order of their strength. We also asked for a comment or two about the would-be contenders.

We will be updating this list as events warrant, but here are the first NHJournal GOP Senate Primary Power Rankings:

Senator Chuck Morse: Senate President Morse made the top three of all but one of the GOP panelists’ rankings. The consensus is he’s the “safe” pick for New Hampshire Republicans.

On the plus side, “Morse is the most likely to run on the Sununu accomplishments platform, which the polls show is a winner,” one Republican noted. On the less-than-plus side, “every time he has tried to go beyond Salem he flops,” said another. “Highly credible, but not really known outside of Concord and Salem.”

Smith hasn’t run for office since losing the GOP primary for governor in 2012, which the panelists viewed as both a strength and a weakness: Lower name ID, but also a harder target for the Hassan campaign to hit. “A star just waiting for the right moment to shine. He has a great economic development record. And he scares Democrats,” one panelist said. But another noted that, while “he’s young and ambitious, smart and well-spoken. — what has he done lately?”

Commissioner of Education Frank Edelblut: The Commissioner of Education and one-time gubernatorial candidate has made no secret of the fact that he has political ambitions. And as many of the panelists noted, Edelblut would start with the most inspired, motivated base. He would likely own the Trump/conservative lane in a primary, and that’s a pretty big lane.

But, as one panelist asked, “Has he drunk the Kool-Aid? Is it too close to the ReOpenNH crowd?” Another commented: “Edelblut owns the number one issue of the moment — education. But he snuck up on everyone in 2016. That won’t happen again.”

Matt Mowers: Mowers is in the second tier largely because most of the panelists believe he’s going to hold onto his front-runner status in the First Congressional District GOP primary rather than risk a U.S. Senate race. “Unless one of the other candidates catches fire, he has a clear path to win the primary for CD1 and become the next Republican congressman from New Hampshire.”

Rich Ashooh: “People like him, which is why he’s near the top of the list” summarizes one view of Ashooh. “He’s conservative and he gets along with everyone.” But sources inside Trumpworld NH say Ashooh’s a non-starter for some because they believe he was less-than-loyal to the president in whose administration he served. “He worked for Trump, but his instincts are all Warren Rudman. Those days are over for the GOP.”

Bill Binnie: Anyone who can write a check for $25 million to kick-start his campaign is going to be taken seriously. And while the media magnate’s 2010 race may not have gone well (“disastrous,” one panelist calls it), that was 12 years ago. And another added: “He’s got a great story — business built from scratch, a former race car driver, it’s great. But he told it once before and it didn’t work. What’s changed?”

Phil Taub: The most volatile name on the list. Some insiders had him near the very top, others nearly at the bottom. The consensus is his fundraising is appreciated, as is his work on behalf of veterans. But he’s also described as “a moderate who endorsed Jeanne Shaheen in 2014.”

Corky Messner: He’s got millions of dollars in name ID left from his 2020 bid, and he’s been working both hard and smart for the NHGOP since losing to Sen. Jeanne Shaheen last year. However, he did lose badly and the general consensus is being the guy in front of the camera, as opposed to working for the GOP backstage, may not be his skill set.

Tom Moulton (NOTE: On 11/16, Moulton announced he’s not considering a run): He was the University of New Hampshire’s Entrepreneur of the Year in 2021 and he owns a successful company, Other than that, most of the political insiders put Moulton down as a TBD.

Jeff Cozzens: Jeff Cozzens got a lot of buzz when he entered the GOP primary for Second Congressional District and Gov. Chris Sununu promptly tweeted out his encouragement for the Littleton brewery owner’s candidacy. There are rumors the governor would be happy to see Cozzens switch and run for the Senate, and strategists say he’s got a great story to tell. But most of the panelists put him in the “wait and see” category.

Former Congressman Frank Guinta: Lots of talk that former Congressman Frank Guinta is looking seriously at a run. Not a lot of talk that it’s a good idea. “A retread who lost his last race while being called a ‘Damned Liar’ on the front page of the Union Leader isn’t the answer,” said one panelist. Another added: “He’s been a D.C. lobbyist since leaving office – you can’t drain the swamp when you’ve planted your roots in it

Ret. General Don Bolduc: Phenomenal bio, horrible candidate. Short an endorsement from Trump — which is always a possibility — Bolduc’s candidacy is already over. Calling the most popular Republican in the state, Gov. Chris Sununu, a “Communist Chinese sympathizer” isn’t widely viewed as a winning strategy. One panelist called him “one of the worst candidates for major office our state has ever seen.” Plus, as one panelist put it, “He already lost to a guy named ‘Corky'”