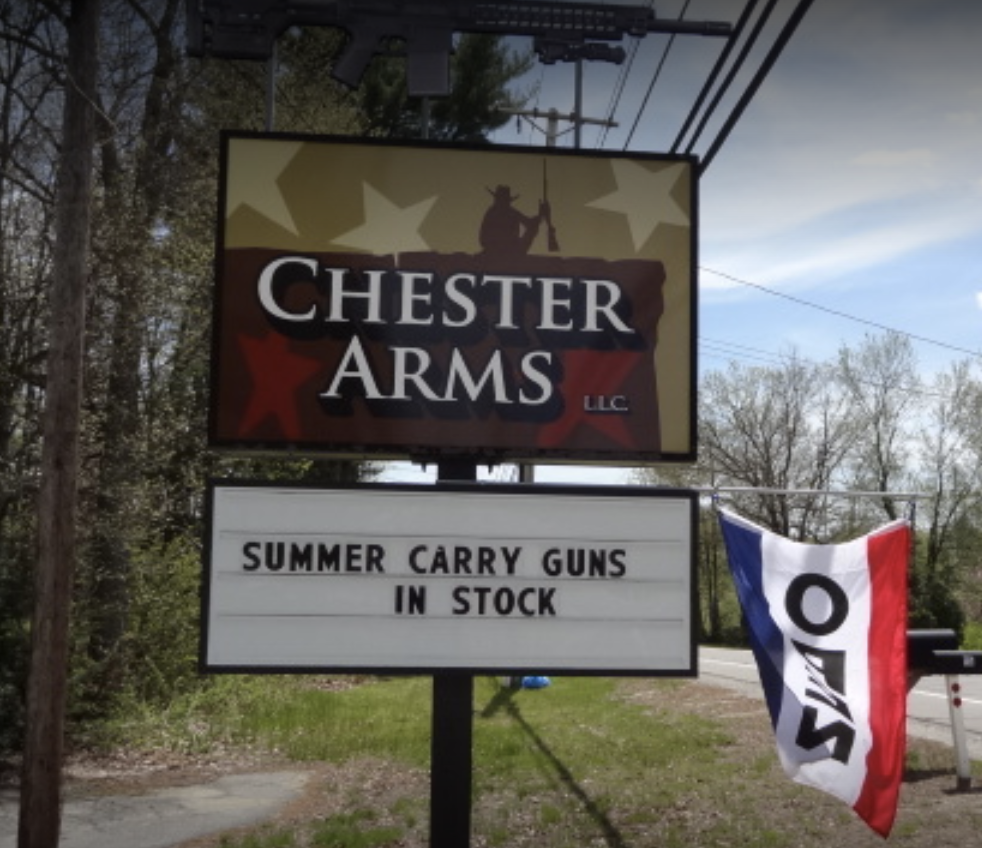 Superior Court Judge David Ruoff ruled against two Manchester police officers injured in a 2016 shooting in a lawsuit the officers brought against a Derry gun store.

“This is absolutely a great day for gun rights in New Hampshire,” said Sean List, the attorney for Chester Arms in Derry.

Manchester officers Ryan Hardy and Matthew O’Connor were reportedly shot by Ian Macpherson in May 2016 when they tried to question him about a gas station armed robbery. Hardy was shot in the face and torso; O’Connor was treated for a gunshot wound to the leg, according to the Associated Press. Both officers have since returned to active duty.

The officers brought a lawsuit against Chester Arms, the store where MacPherson bought his .40 caliber Smith and Wesson. They also sued the New Hampshire Department of Safety, claiming that the mentally ill MacPherson, who has a history of domestic violence, should never have been sold the gun in the first place.

Ruoff ruled in a summary judgment order that O’Connor and Hardy would not have prevailed if the case had gone to trial because both the store and the Department of Safety followed current law. List said it is possible the pair will appeal to the New Hampshire Supreme Court, but he’s unconcerned about the prospect.

“We feel very confident that if it is appealed, the Supreme Court will find judge Ruoff’s order is correct,” List said.

Stephen Gutowski, editor of The Reload, the nation’s leading journal on gun issues, tells NHJournal he sees the Chester Arms case in a larger, national context.

“This case is part of a broader decades-long strategy by gun-control advocates to hold gun makers and retailers liable for gun crimes they aren’t directly implicated in. It’s not surprising they fell short here. However, the loss is unlikely to deter advocates from pursuing more cases like this moving forward,” Gutowski said.

Representatives for the Manchester Police Department declined to comment, and Mayor Joyce Craig’s office did not respond to a request for comment. Mark Morrissette, the attorney representing O’Conner and Hardy, told NHPR he wanted the case to force New Hampshire to start following federal law on background checks.

MacPherson ended up pleading not guilty by reason of insanity in 2018. He was ordered to serve five years in the New Hampshire State Psychiatric Hospital.

MacPherson was initially unable to purchase the gun when he went to Chester Arms in March 2016. The store employee contacted the state’s “gun check line,” run by the Department of Safety, for a background check on him. The gun line told the store that MacPherson’s status was “delayed” for further investigation, according to Ruoff’s order.

The gun line investigation found MacPherson’s domestic violence cases did not trigger any legal prohibition that would prevent him from owning a firearm. The gun line employees were also unable to verify his mental health condition, according to the order.

While that information was given to the Department of Safety and the Gun Line, the state never told Chester Arms not to sell MacPherson the gun.

The gun line investigation found the relationships to the victims in MacPherson’s domestic violence cases, those convictions did meet the legal definition of a violation that would prevent him from owning a firearm. The gun line employees were also unable to verify his mental health condition, according to the order.

The store followed the law by waiting three business days to hear back from the gun line. After not being contacted by the state, the store allowed MacPherson to buy the gun, according to Ruoff’s order. MacPherson’s gun line status continued to stay “delayed” for the weeks he owned the gun and did not change until after he shot the officers.

“The gun line continued the delay status on Mr. MacPherson’s transaction until the day he was indicted for the shooting, at which point the gun line changed the status to denied,” Ruoff wrote.

List said gun dealers have immunity when they sell guns so long as they do not commit felonies during the course of an individual gun sale.

Morrissette told NHPR that even though the store and the Department of Safety followed the rules, the laws should not allow someone like MacPherson to purchase a gun. The lawsuit wanted to have the laws protecting dealers ruled unconstitutional.

“It is not an effort to undermine the Second Amendment. There are laws in place that limit the purchase or possession of weapons, or at least to have someone look at this in a deliberate fashion to make sure that people are not unreasonably harmed,” Morrissette said. “The laws were there. The guidelines were there and they should be looked at. I think at the end of the day, in this case, Mr. MacPherson was a tormented person without overstating it in any way. And to believe that he was rightly given a weapon just runs counter to common sense and it runs counter to the law.”

Ruoff found that the laws protecting Chester Arms serve to protect the right to bear arms.