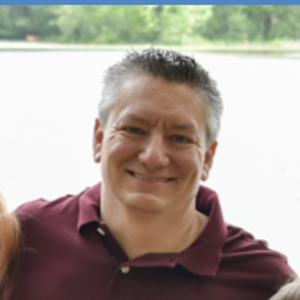 Keith Murphy, the NHGOP’s hand-picked candidate for state Senate, could end up explaining to a jury his business relationship with the defendants in the infamous Crypto 6 money laundering case.

Ian Freeman, the last of the Keene Crypto 6 defendants headed to trial, faces more than 30 federal felony counts for his Bitcoin business operation, which included running Bitcoin ATMs in various business locations. One of those ATMs was set up in the Manchester location of Murphy’s Taproom, a restaurant owned by the senate candidate.

Freeman’s attorney says he may call Murphy as a witness for the defense.

“All I was doing was providing a little wall space for the machine,” Murphy told NH Journal.

Murphy, a former GOP state representative, was picked by state GOP Chair Stephen Stepanek to replace state Rep. Michael Yakubovich (R-Hooksett) on the November ballot for the District 16 race. Yakubovich dropped out just days after the September 13 primary due to health issues.

“It’s not how you want to be in the Senate, but that’s how it goes,” Murphy said.

Murphy said he has not been in contact with any federal law enforcement agency since the machine was removed.

Freeman’s criminal defense attorney, Mark Sisti, said Murphy may be called as a witness, but it is too early to say definitively. “I don’t know yet,” Sisti said.

Murphy said he has not been contacted about being a potential witness.

Freeman has maintained he did nothing wrong selling the cryptocurrency through his churches and is adamant that he wants his day in court. Contacted last week, Freeman confirmed he had one of his Shire Free Church Bitcoin ATMs in Murphy’s Taproom since March of 2016.

Murphy said he was never directly involved in exchanging cash for Bitcoin or vice versa. The ATM was in the restaurant as a courtesy for some of his customers, he said.

“We had customers who wanted to pay with Bitcoin,” Murphy said. “This provided a way for them to convert their own money to Bitcoin easily.”

Murphy said he does not remember the exact details of the arrangement he had with Freeman, but said he did not make any money from the machine.

“Occasionally, they would hand me a little money to pay for the electricity. But there was no set fee for the arrangement,” Murphy said.

Murphy’s recollection runs counter to Freeman’s understanding of his own business. According to Freeman, his ATMs brought in money for the host business through a percentage of the total transactions.

“The Shire Free Church is not a business, but we obviously had to compensate our venues for the space/power/internet they provided,” Freeman said. “All our venues received one percent of gross sales from their machine. Many crypto vending machine operators only pay a flat fee per month to their venues. Our venues were very pleased with our arrangement as they did very well on busy months.”

Freeman took in millions of dollars through his Bitcoin exchanges and Bitcoin ATMs, according to court records. He allegedly used personal bank accounts and accounts for made-up churches like the Shire Free Church, the Crypto Church of NH, the Church of the Invisible Hand, and the Reformed Satanic Church, to operate his Bitcoin empire. Part of the scheme Freeman ran helped cyber criminals swindle money from victims of lonely heart scams, according to prosecutors.

Business was good and the government alleges Freeman has secreted away millions of dollars in cash and cryptocurrency.

Four of the other Crypto 6 defendants, Renee Spinella, Andrew Spinella, Aria DiMezzo, and Nobody (also known as Rick Paul), have taken plea deals. The fifth suspect, Colleen Fordham, had her charges dropped earlier this year.