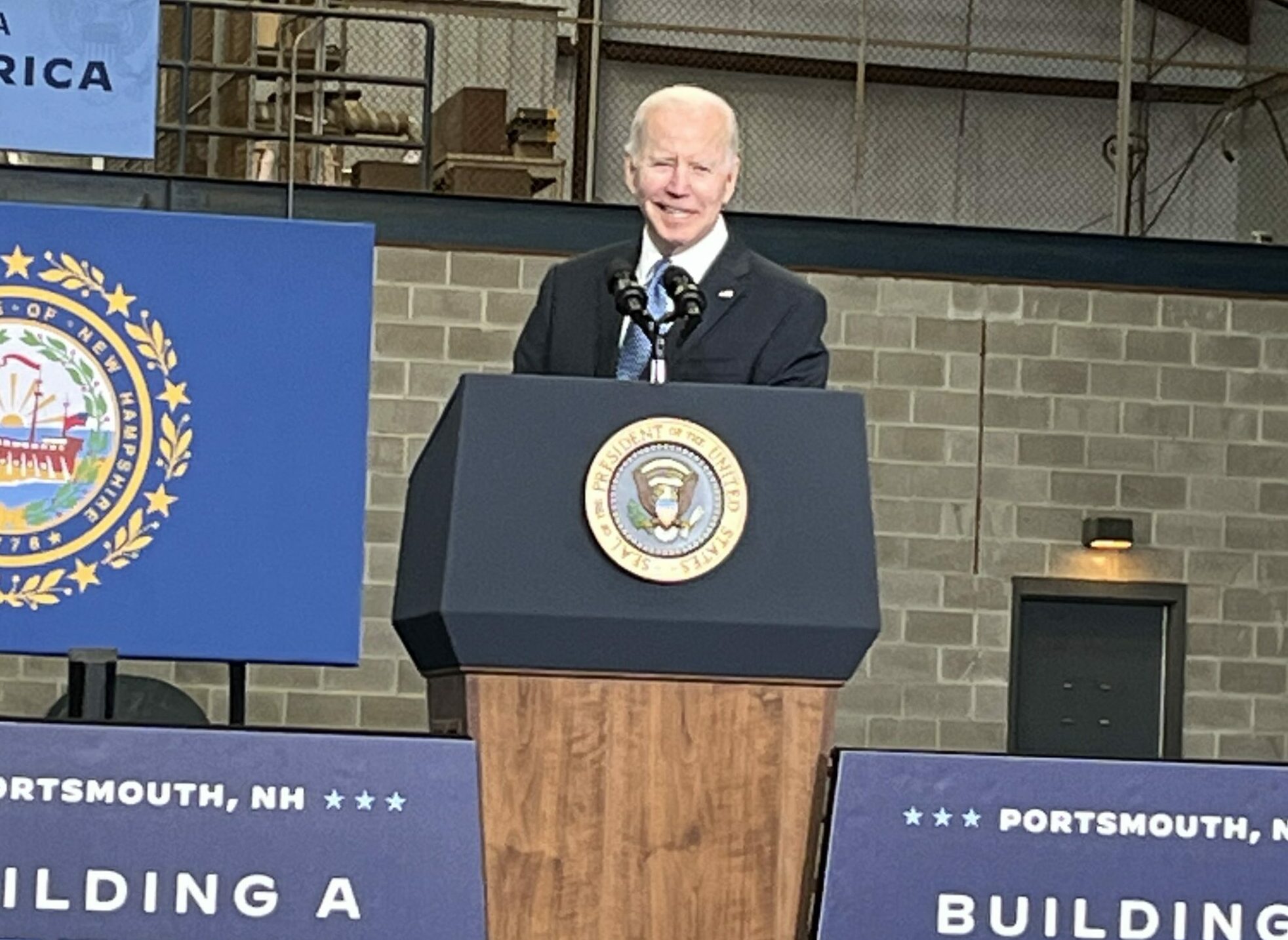 Hours after their party defied political history and won a sweeping midterm victory in the Granite State, New Hampshire Democrats started getting a new message on their phones.

Texts from the Don’t Run Joe campaign started hitting New Hampshire numbers before all the votes were even counted, urging local Democrats to sign a petition asking Biden to not run for president in 2024.

“It’s up to NH Democrats to choose a bold leader who can defeat the fascistic Republican Party and help other Dems win,” one of the texts reads.

The effort is being led by the progressive group RootsAction, which spent 2020 working to convince leftwing voters to back Biden’s White House bid. Now, they say it is time for Democrats to embrace a true progressive.

“Unfortunately, President Biden has been neither bold nor inspiring,” the organization said in a statement. “And his prospects for winning re-election appear to be bleak. With so much at stake, making him the Democratic Party’s standard-bearer in 2024 would be a tragic mistake.”

The effort to push Biden out has been in the works for months. Norman Solomon, a co-founder of RootsAction, told The Hill.TV said in July voters want Biden to “get out of the way” so a more progressive candidate can take his place.

“That opens up the possibility of a progressive nominee,” Solomon said. “That’s where our future is, to get a logjam named President Biden out of the way for 2024.”

It’s not the first time the leftwing of the party has targeted an incumbent president.

“Our immediate goal within the Democratic Party is to ‘dump Biden,’ much as the anti-Vietnam-War forces among Democrats set out to ‘dump Johnson’ in 1967, which led antiwar candidates Eugene McCarthy and Robert Kennedy to enter the race,” according to their website.

Kicking Biden to the curb might seem outlandish but targeting Democratic activists in the First-in-the-Nation (#FITN) primary state makes sense if the goal is to lay the groundwork for a potential challenge. And, strategists say, given Biden’s age and health challenges, it is possible there could be an open primary regardless of the president’s plans.

At least one New Hampshire Democrat is publicly onboard. Outgoing state Rep. Sherry Frost (D-Dover) said in a statement she has lost confidence in Biden and wants a new candidate to lead the party.

“I am eager to support a candidate who understands the fatal dysfunction in our economy and is willing to hold the ultra-wealthy individuals and corporations to their obligations,” Frost said. “I am not confident that Biden is that candidate, and while I appreciate his rescuing us from another Trump term, I believe we need someone else to champion the big and systemic changes we need to continue to strive toward our more perfect union.”

“What the heck is this ‘Don’t Run Joe’ campaign? I got a text from Jon, a volunteer with ‘Don’t Run Joe’ asking me if I would prefer a candidate other than Joe Biden. My answer: STOP! Go Away! Our president is obviously doing what is best for us all,” Toale Taylor wrote.

Before last week’s midterms, Biden’s future was viewed as shaky at best. His approval ratings have been underwater for more than a year as the country struggles with record-high inflation and out-of-control energy costs. A September ABC News/Washington Post poll even found 35 percent of Democrats wanted a new candidate for the 2024 presidential election. A recent Reuters survey found Biden stuck with a 57 percent disapproval rating.

That may have changed somewhat after Biden scored a short-lived victory by canceling student loan debt, only for it to be overturned by the courts. He also pushed through trillions in spending and marijuana reform.

Still, Biden has long been dogged from his left, and RootsAction represents progressives who back candidates like socialist Vermont Sen. Bernie Sanders.

RootsAction was founded in 2011 by Solomon and Jeff Cohen, both progressive activists and journalists. The organization is in opposition to the Republican Party, as well as the mainstream Democratic Party represented by Biden, who is considered too centrist for the group.

“Our country faces an increasingly extremist Republican Party that is largely a subsidiary of corporate America, and a Democratic Party whose leadership is enmeshed with and compromised by corporate power,” RootsAction said on its website.