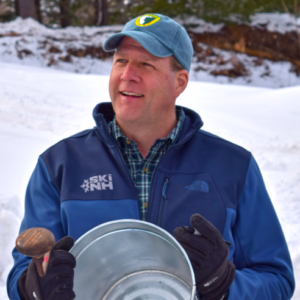 “Humbled and appreciative that 78 percent of Granite Staters approve of our work,” Gov. Sununu told NHJournal.  “With a booming economy and record low unemployment, we are getting the job done for New Hampshire.”

Sununu has repeatedly said he has no plans to run against Sen. Shaheen next year, but he hasn’t ruled it out, either.  Yesterday he commented on a recent poll showing the two of them tied in a theoretical match-up :

Gov. Sununu is by far the most popular top-tier elected official in the state — Sen. Maggie Hassan’s approval is 60 percent — likely due in part to the positive view of the economy. Nearly 60 percent of New Hampshire residents view the economy as excellent or good, and a similar number describe their own finances the same way.

The poll also found New Hampshire voters nearly evenly split on the “generic ballot” question regarding Congress, with 36 percent saying they would prefer being represented by a Republican and 38 percent by a Democrat.  Granite Staters are also split on the question of whether America would be better off if Hillary Clinton had won the 2016 election: 37 percent say things would be better, 43 percent say worse, and nine percent say no difference.

Granite Staters have a very clear view of President Trump, however, with only 42 percent approval and 58 percent disapproval.

“Normally, a 42 percent job approval rating would spell trouble for an incumbent seeking re-election,” pollster Scott Rasmussen says. “However, the president may benefit from a lesser of two evils factor. Six percent (6%) of New Hampshire voters disapprove of the president but believe things would be worse if Hillary Clinton was president. The combined total of 48 percent almost precisely matches the president’s share of the New Hampshire vote in 2016.”

Other findings from the poll: