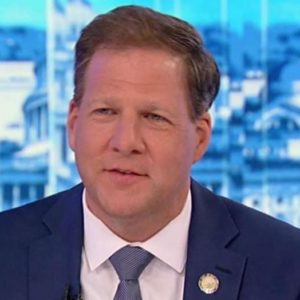 Governor Chris Sununu was waging a two-front war during a stop on the Jack Heath radio show Wednesday, taking shots at his fellow Republicans in the New Hampshire House and calling out U.S. Senator — and potential 2022 opponent — Maggie Hassan.

“The budget that the House is likely going to pass is nothing that I would ever sign,” Sununu said. “They didn’t even get it fiscally balanced and I’m not going to sign an unbalanced budget. I think fiscal responsibility is one of the top jobs of a governor and an executive.”

In addition to the fiscal impact, Sununu’s main criticism of the bill is the litany of non-budgetary policies House Republicans inserted into it. In particular, Sununu claimed the House version of the budget would “take away emergency powers” from the governor, which he believes is a mistake. The Republican governor told Heath he’s counting on the state Senate to deliver a budget he can sign.

“The Senate is really where it gets done,” Sununu said “We’ll come back to committee and hopefully have something at the end of the day that we can sign and move forward with tax cuts and all that good stuff that we’ve originally proposed,”

Sununu also called out Hassan and the rest of the state’s all-Democrat congressional delegation over H.R. 1, the federal law that, as NHJournal has reported. would override state laws and let Congress make New Hampshire’s election rules.

“It’s a huge mistake,” Sununu said of the bill, which is supported by all four members of the delegation. “Why should Washington dictate how we do our elections when we do it better than anyone else in the country? What are we trying to fix here?” Sununu said. “When you poll the citizens of New Hampshire, they have more trust in the integrity of the voting system [here] than citizens in any other state. People believe in the system here. It works well,”

“The fact that our senators are going along with it is purely political. It’s purely to say yes to Chuck Schumer. That is not in the interest of New Hampshire,” Sununu added.

In her own Wednesday morning appearance on a different radio station, Hassan echoed Sununu’s comments. “New Hampshire does democracy better than anyone — or anywhere — else,” she said on WGIR. However, she also supports the bill to have New Hampshire’s election rules set by Congress. Why?

“What H.R. 1 is about is preventing billionaires from buying elections. It’s about getting dark money out of politics,” Hassan said.

The bill does not impact the Granite State’s election financing rules and would not limit how much money billionaires can give state and local candidates under New Hampshire law.

Sununu was particularly passionate when Heath asked him about the fact, first reported by NHJournal, that no member of the delegation has ever talked to Secretary of State Bill Gardner about H.R. 1 and its impact on New Hampshire elections.

“At least pick up the phone and have a conversation,” Sununu said. “I don’t understand — who are they talking to? Who is [Sen. Jeanne] Shaheen talking to, Pappas, Kuster? This isn’t just about Senator Hassan, they’re all doing the Democratic Party’s bidding.

“There’s no way this is in the interests of New Hampshire,” Sununu added.