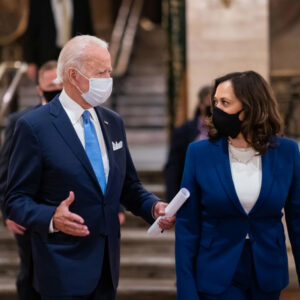 That’s the complaint of NH Gov. Chris Sununu, one of several state executives who told Real Clear Politics they’re unhappy about the fact that, unlike their predecessors, President Biden and Vice President Harris are skipping out on the weekly COVID-19 coordinating calls with the nation’s governors.

“It’s been a real frustration, I think it’s safe to say, for all 50 governors,” Sununu told RCP.

“They didn’t even pick up the phone, and say, ‘Hey, by the way, you might see this in the news. We’ll explain it on the call,’” Sununu said. “Nothing.”

Sununu has made bashing the Biden administration a staple of his pandemic messaging. Complaints about poor performance by federal bureaucrats in the DC bubble are a regular feature of his weekly COVID-19 pressers, inspiring some to see it as a hint he plans to challenge first-term U.S. Senator Maggie Hassan next year. Sununu has repeatedly said he won’t be making any decision about his political future until after the state budget is in the books this summer.

Regardless of the governor’s motives, his complaints about the Biden administration’s treatment of state governments appear legit. RCP reports that during that Trump administration, the White House hosted a total of 40 COVID conference calls. Pence led 39 of them, and President Trump participated in eight.

According to Nebraska Gov. Pete Ricketts, “President Biden hasn’t been on any of them and Vice President Harris has only been on one, but that was for about five minutes and she didn’t take any questions.”

Harris similarly avoided press questions during her visit to New Hampshire on Friday.

Meanwhile, medical professionals and data analysts continue to criticize the Biden administration’s decision to pull the J & J vaccine over a handful of blot clot cases out of eight million doses.

“It was a big mistake, and new data show why,” wrote Dr. Joel Zinberg of the Competitive Enterprise Institute. “Since then, we have witnessed an 11 percent drop in the seven-day average of daily vaccines administered. That’s despite the nationwide loosening of vaccine eligibility criteria.”